Welcome back to my 2nd stop in the iFrankenstein Blog Tour, hosted by JKS Communications.
iFrankenstein is the second book in the iMonsters series by Bekka Black, and is a unique re-telling of the Mary Shelley classic. 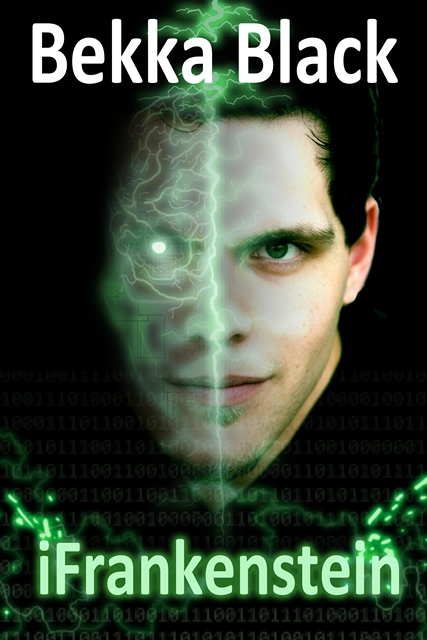 Frankenstein comes to life for the wired generation.

Homeschooled teenager Victor Frankenstein is determined to write his own ticket to independence: a chatbot to win the prestigious Turing prize and admission to the high tech university of his choice. He codes his creation with a self-extending version of his own online personality and unleashes it upon the internet. But soon he begins to suspect his virtual clone may have developed its own goals, and they are not aligned with Victor’s. The creature has its own plan, fed by a growing desire to win darker and more precious prizes: unfettered power and release from loneliness.

As the creature’s power and sentience grows and its increasingly terrible deeds bleed over from the online world into the real one, Victor must stop his creation before his friends and humanity pay the ultimate price.

Get your copy of iFrankenstein today!!


Yesterday, I treated you all to an interview with Victor Frankenstein, now let me introduce you to the person who brought him to life, Bekka Black. 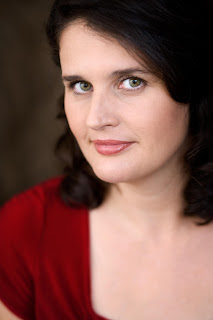 After a childhood often spent without electricy and running water, Bekka escaped the beautiful wilderness of Talkeetna, Alaska for indoor plumbing and 24/7 electricity in Berlin, Germany. Used to the cushy lifestyle, she discovered the Internet in college and has been wasting time on it ever since (when not frittering away her time on her iPhone). Somehow, she manages to write novels, including the award-winning Hannah Vogel mystery series set, in all places, 1930s Berlin, and The Blood Gospel series (with James Rollins).

She lives in Berlin with her husband, son, two cats, and too many geckoes to count. iDrakula is her first cell phone novel.
Hello Bekka!!


1.       Tell us a bit more about yourself.
After a childhood often spent without electricity and running water, I escaped the beautiful wilderness of Talkeetna, Alaska for indoor plumbing and 24/7 electricity in Berlin, Germany. There I got too used to the cushy lifestyle, discovered the Internet in college and have been wasting time on it ever since (when not frittering away my time on my iPhone). In spite of all that distraction, I manage to write novels, including the award-winning Hannah Vogel mystery series set, in all places, 1930s Berlin and the upcoming Order of Sanguines series with James Rollins (the first one is called The Blood Gospel, but we’re sneaking in a short story called A City of Screams just in time for Halloween too).

I spend too much time indoors.


3.       What five things do you never leave home without?
iPhone, wallet, gluten-free snacks, Kleenex, and, lately, a jacket.
4.       What do you do when you are not writing?
I mommy full time. And also try to sleep. I don’t sleep as much as I’d like.
5.       Who/What inspired you to write your first novel?
My first novel was inspired by a pink triangle I saw on the wall of the concentration camp at Dachau. I wanted to find out who might have worn it. That took years.
6.       What has been your most rewarding experience on the road to being published?
The first time I ran into someone who was not a friend or family member who had actually read my book. Also, seeing someone buy my book in a bookstore.
7.       What is the best piece of advice you have been given as an author?
Read. Read. Read. Write. Write. Write.
8.       What advice would you give to aspiring authors?
See #7. Do that and you’re a writer, no matter how it all comes out.


Right now I’m on a Shirley Jackson kick. I also love Anne Rice and Stephen King. I think this is because we’re heading into Halloween.


10.    You’re writing style and book layout is very different from the norm. What made you want to write a stories based solely on texts, emails etc.? Because that’s where kids read. I figured it would be fun to write a book that was set where they keep their eyeballs.
11.    iFrankenstein is based on Mary Shelley’s classic. How did you come up with the idea of an evil chatbot?
I wanted a modern, electronic monster, something that taps into our fears today. After chatting with a few non-evil chatbots, I quickly decided they might go rogue and take over the world someday.
12.    Are you working on any special projects at the moment?
The second book in the Order of the Sanguines series, tentatively titled “A Punishment of Silver.” I’m also turning over some ideas for a new thriller series and another iMonsters book.
13.    Where can readers stalk you?
Facebook: http://www.facebook.com/bekka.black.1
Twitter: https://twitter.com/bekka_black
Web site: www.bekkablack.com