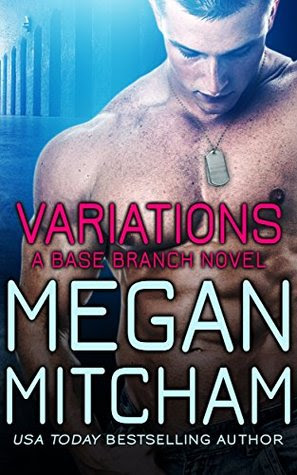 
From USA Today bestselling author Megan Mitcham…
Decisions split paths. Bad decisions compound and suddenly you are no more than variations of yourself.
Marina Sorensen rots in a prison of her own making. The bars are the thick arms and meaty hands of Brödraskapet thugs who make money selling her body. Her guilt is the unbreakable shackle. Loneliness is her ever tightening noose. Trading her life for the survival of another is her only salvation.
For Base Branch operative Oliver Knight an eliminate and rescue mission in hostile territory against a brotherhood of brutal sons-of-bitches is another adventure. Downtime between missions in foreign locales with exotic women is worth dodging a few bullets. There is also the sense of duty and pride in a job well done.
He and his buddy rescue Marina and are blindsided by the striking, broken woman who mistakes them for Stronghold Tech. Before they can figure out how she knows about the elite securities team or find and eliminate their mark, the enemy discovers their hideout. Capture would be a fate worse than death and it looms so close Oliver and Marina can french it.
Betrayals meet harsh light and the fun-loving soldier is forced to face cruel reality. His damsel in distress is the one to blame, especially when Stronghold forces show, adding chaos to the kabooms. The dire situation turns deadly and Marina holds the key.
If only Oliver can stop loving and hating her long enough to get the answers.

Goodreads / Amazon / Kobo
Start the series with Enemy Mine – book 1 – for FREE!

EXCERPT
“Marina?” The deep timbre of his voice dimmed the ache in her ribs and the throb in her thigh and shifted them both higher and lower, to places that had felt a hundred hands and responded to none.
Her vocal cords constricted.
“Are you okay? Can I come in?” The concern in his voice and actions seemed genuine, which only made the realization hurt all the more.
He’d use her for information and then cast her aside, no question. She could weather the storm of him if he treated her like all the other men in her life had. If he’d take his pleasure and walk away, she’d survive. She’d survived it too many times to count.
“Marina? Answer me.”
She wanted to reassure him, but she couldn’t. After two years of captivity, self-preservation overrode all other essential human mechanisms. Decency didn’t register on the scale.
“I’m coming in.”
Corded muscles encased in the white T-shirt distracted from the vibrant watercolor lion roaring on the front. He’d lost the lumberjack long-sleeve somewhere outside the massive bathroom. As he closed the space between them in two gaping strides, those thick masses bound and stretched under the tight cotton. His mane hung loose like the wild animals on his chest. Concern knitted his brow.
“Your lips are blue.”
The tentative consent-seeking man vanished. Oliver plunged a hand into the tub, while another pressed two fingers to her neck.
“You’re freezing,” he growled. “A place this uppity should have a mammoth water heater.” His head shook, tousling his long blond locks. “I should have checked on you sooner.”
A roughened palm, a match to the one that had pressed to her face, pushed up her neck. His fingertips gripped her chin and turned her face to him.
“Marina, talk to me.” His dark blue gaze begged. If she spoke, she’d change her tactic and lose the battle altogether.
He wrenched off the water. Metal cried against metal.
The urge to join in, to weep until she couldn’t think, rushed through her veins. She yearned for a simple life—a normal job, a home, someone to love, and someone to love her in return. A chill shook her from the useless thoughts.
Want couldn’t create.
Survival could. And she was so close. Caring eyes, kind words, and a body made to give and receive pleasure wouldn’t railroad her determination.
Oliver’s strong arm banded her back, while his other hooked under her knees. When he hoisted her out, water cascaded in a torrent. Then she was against his chest, the warmest, safest place she’d ever been.
A tingle started in Marina’s fingers and toes and then burned its way up her limbs. Her body shivered against immovable slabs of muscle.
“I’ve got you.” 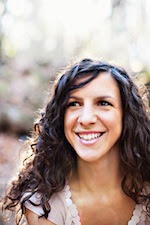 USA Today bestselling author Megan Mitcham was born and raised among the live oaks and shrimp boats of the Mississippi Gulf Coast, where her enormous family still calls home. She attended college at the University of Southern Mississippi where she received a bachelor's degree in curriculum, instruction, and special education. For several years Megan worked as a teacher in Mississippi. She married and moved to South Carolina and worked for an international non-profit organization as an instructor and co-director.
In 2009 Megan fell in love with books. Until then, books had been a source for research or the topic of tests. But one day she read Mercy by Julie Garwood. And Oh Mercy, she was hooked!
Megan lives in Southern Arkansas where she pens sizzling suspense novels. Follow her on Facebook, Twitter, Pinterest & Goodreads. For news, giveaways, and exclusive offers sign up for her newsletter at www.meganmitcham.com!