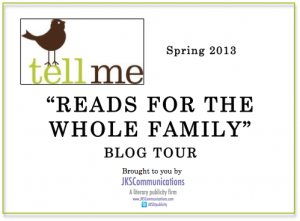 Welcome to another fantastic Tell Me Press Virtual Tour.
For more details about the Tell Me Press virtual tour, hop on over to the JKSCommunications website.

Tell Me Press is a publisher based in New Haven, Connecticut. The company was launched in 2006 with the goal of creating smart, thoughtful, and fun books with a focus on culture, music, health & well-being, and lifestyle.


The Longing, coming January 25, is a poignant tale of leaving one’s home for the dream of a better life. It’s 1904, and Dora Taten wants to leave an untenable situation in the Netherlands to forge a new life in the United States. This tightly knit Dutch family decides to take the risk and journey to America. They prepare as much as they can, but surprises and challenges, good and bad, await them. Author Cornelia Warmenhoven was a member of the Dutch Resistance against the Nazis in World War II. Later, with her husband and son, Cornelia traveled the globe and lived on four continents—often very far off the beaten path. Her storytelling in The Longing is as rich and full of color as her life experiences.
In February, Tell Me Press launches Born & Raised, the debut by author Chris Ross. Chris opens the door to his beloved Indiana like a gracious host who knows the skeletons have already tumbled out of the closet, but he's throwing the party anyway. Born & Raised is an edgy, insightful and big-hearted story. He illuminates the lives of his characters with a vision and voice guided by empathy and humor. He captures the poignant resiliency and spirit found in Indiana's small towns where the factories have closed, yet the people still play baseball in the industry league, though the industry no longer exists.
Later this spring, Tell Me Press delivers Be Cool & Confident, guidebooks for both girls and guys aimed at helping young people reach their greatest potential. Be Cool & Confident: A Guide for Girls and Be Cool & Confident: A Guide for Guys by Wynne Dalley, the agency director of Lucie Clayton Modeling School in London, share the grooming, manners and health secrets usually privileged only to the elite modeling community. The Be Cool & Confident Guides provide advice about taking care of your body and personal appearance in a modern and practical way through good nutrition, makeup, hairstyling, and fashion. The Guides also focus on etiquette and the importance of good manners. 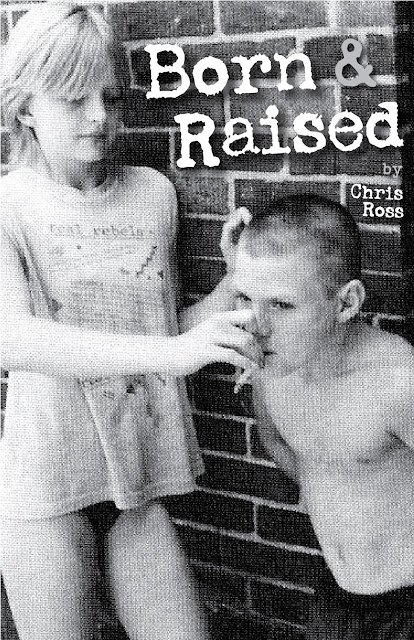 Sean fights not to come apart in his small southern Indiana town where hope and defeat stain both sides of the same coin.

Sean is the baby of the Yoakam family, but he’s the only real grown-up in the bunch. By the summer of 1984, it’s been seven years since his mother left, and thirteen-year-old Sean has grudgingly become accustomed to his new life. As he fixes himself root beer floats for dinner and deals with the confusing feelings he gets from admiring the Soft Knits with Flair girl in the Sears catalog, his father, Roy, and his older sister, Billie, focus on their own demons.

Six years later, in the summer of ’90, Sean is a virgin with a high school diploma and isn’t sure what comes next. Given this foundation, where can he go? But then circumstances arise that force Sean to make a choice. Will he try to correct his family’s wrongs, or will he walk away?
Chris Ross's work is both insightful and big-hearted, and he opens the door to his beloved Indiana like a gracious host who knows the skeletons have already tumbled out of the closet, but he's throwing the party anyway. Ross illuminates the lives of his characters with a vision and voice guided by empathy and humor. He captures the poignant resiliency and spirit found in Indiana's small towns where the factories have closed, yet the people still play baseball in the industry league, even though the industry no longer exists.

This is a beautifully crafted, poignant story. The characters found within the pages of this book are real, not without fault and fighting to live the best life they can, the only way they know how.

It was impossible not to fall in love with these small town folk, especially Sean. There were so many times I wanted to give him a great, big hug and tell him that everything would be okay.

Sean lives with his father and sister, but neither are openly affectionate with the young boy. At times it seemed as if he was just in their way, as they brushed him off with "we'll sees" and other words that held no weight. It was interesting to see the world through Sean's eyes. He may have been young but he certainly had more courage and intelligence than anyone gave him credit for.

This made for a fun, but emotional read. Sean, in all his innocence, delivered such profound insight into his family's unusual bond. They're more than disfunctional, but the ties that bind are just as strong as any other family.

As Sean became a man, I was hoping that he'd learned a few lessons in life and that he wouldn't go down the same path as those around him. He did well for the most part, but fell off the tracks every now and then. I was just happy to see him grow up while still holding onto some of his adolescent innocence.

There are a few light moments throughout the story (I particularly loved when Sean felt guilty for looking at the cute blonde in Vogue) but the are also many heart-wrenching moments that sent my emotions into overdrive. This story will grab hold of you and won't let go to the very end.


Raised along the muddy current of the Wabash River, Chris Ross moved to New York in the hopes of seeing Bob Dylan crossing the street, any street. Fifteen years passed: no Dylan, only street, while the Wabash simmered away on the backburner of his mind like left-over chili that tastes better once it's been heated up a couple of times. Born & Raised is his first novel.