Thank you to JKS Communications for organising this fantastic Blog Tour. 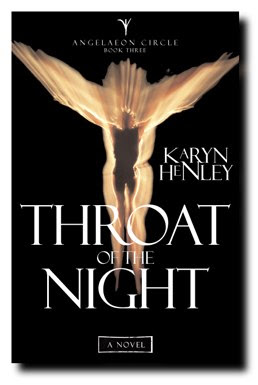 When friends can’t be trusted and courage becomes costly, can Melaia and Trevin trust their love to hold?


Melaia sends Trevin into enemy territory to retrieve the third harp she needs to restore the stairway to heaven and free the angels trapped in a human world. But an assailant wants Trevin dead, an unknown traitor is passing information to the invading enemy army, and the Firstborn immortal has vowed to destroy all three harps, along with anyone who stands in his way.


Separated, Trevin and Melaia try to keep their faith, hope, and love for each other alive. From the land of Windwing horses to the mountaintop lookouts of Stargazers, from the blight-ridden fields of the Camrithian homeland to the night-dark caverns of the Under-Realm, they face the ultimate test: What are they willing to sacrifice to restore the stairway and save their world? Will they lay aside their love for each other? Will they give up their future together?


If you are looking for a fantastic YA Fantasy series filled with magic and mystery, look no further.

The third book of the Angelaeon Circle is an action-packed, non-stop adventure that sees the amazing characters of this series face their biggest triumphs, but also suffer their greatest losses.

As Melaia and Trevin continue on the quest to reunite the harps and restore the stairway to heaven, they are challenged in every way possible. It was exciting to walk alongside them as they continued on their journey. I liked the fact that things weren't made too easy for the MCs, and even when it seemed like they were never going to fulfill their destinies, I was silently cheering them on.

Henley paints a vivid picture and I was fully immersed in her sensational storytelling, as the scenes played out in my head like a movie.

I really loved the angel mythology adopted in this book. It was quiet different from anything I've read before. With the Archae each representing the elements and the division between Angeleaon and malevolents. Another thing I love about all fantasy novels are the imaginative creatures brought to life, and the Windwings definitely added a magical quality to this story.

I enjoyed every minute reading this book, and really wished it didn't have to end.

It gets a well deserved...

If you're having trouble viewing the book trailer go to the below link:
http://maybeso.wordpress.com/book-trailers/ 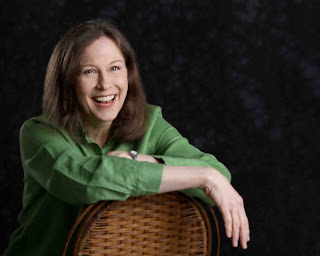 Award-winning author Karyn Henley has written more than 100 titles, including a mix of children’s books and articles; parent-teacher books, articles, and curricula; and preschool musicals and CD’s/DVD’s of original music for children. Karyn revitalized the category of children's Bibles when she wrote the original The Beginner's Bible, which sold over five million copies and was translated into seventeen languages.

Venturing into the young adult market, Karyn’s first book of The Angelaeon Circle,Breath of Angel, hit bookshelves in June 2011 from WaterBook Press (Random House), followed by Eye of the Sword March 2012. She releases the final planned installment of the fantasy trilogy, Throat of the Night, just one year later.

An accomplished songwriter, Karyn has been a Dove Award nominee and received a regional Emmy Award as Music Composer for a Christmas television special. She has traveled worldwide speaking to parents and teachers about child development and communication with children and teens, as well as entertaining children and their families in storytelling/active movement sessions and concerts.

A graduate of Abilene Christian University(BSEd), Karyn received a Master of Fine Arts degree in Writing for Children and Young Adults from Vermont College of Fine Artsin 2004.