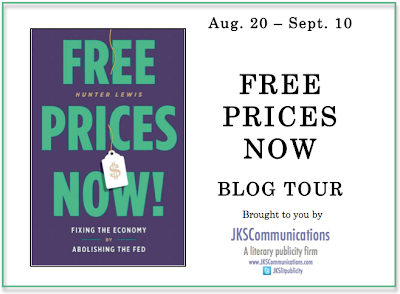 Hello, Therians!
I have a something a little (or more accurately, a lot) different for you all today! Non-fiction!!
However, this book tells of the horrors that plague our economic freedom that I kind of wish it were fiction!

Hardcover, $17
ISBN: 978-0-9887267-0-3
Business/Economics, 256 pages
AC2 Books, September 1, 2013
“Free Prices Now!” begins by asking why the human race is still so poor. How can it be that billions still lack even enough to eat? It then provides the answer. A prosperous society is a cooperative society. Cooperation in turn depends on trust. And trust requires honesty.
The most reliable barometer of economic honesty is to be found in prices. Honest prices, neither manipulated nor controlled, provide both investors and consumers with reliable economic signals. They are the foundation for a successful economy.

A corrupt economic system does not want honest prices, honest information, or honest results. The truth may be unprofitable for powerful government leaders, private interests allied with them, or economic “experts” whose careers have been devoted to price manipulations and controls.

The US Federal Reserve and other central banks have created a system of “liar loans” and false prices. Other parts of government have contributed as well. In effect, the regulators on whom we depend have become dis-regulators.

Can it really be this simple, that economic prosperity and job growth depend on allowing economic prices to tell the truth, free from the self-dealing and self-interested theories of powerful special interests?

Although Lewis takes us inside the complexities of the national economy and the Federal Reserve, his lively and transparently clear writing style makes it easy for anyone to follow him.

Grab a copy from Amazon:﻿

FOR IMMEDIATE RELEASE
CONTACT:
Marissa Curnutte
347.574.3136
marissa@jkscommunications.com
“FREE PRICES NOW!”, “CRONY CAPITALISM IN AMERICA” EXPLAIN HOW SIMPLE HONESTY COULD SAVE AMERICA’S CRIPPLED ECONOMY
Two new books from investor-watchdog Hunter Lewis release this September
CHARLOTTESVILLE, Va. – Renowned investor and author Hunter Lewis shares his New York Times-heralded “highly provocative” opinions in his two newest economic management books, “Free Prices Now!: Fixing the Economy by Abolishing the Fed” and “Crony Capitalism in America: 2008-2012” (September 1,AC2 Books).
Co-founding a global investment firm and serving as an advisor to the International Monetary Fund and World Bank as well as leading universities, has given Lewis a unique perspective on America’s struggling economy, and how exactly to turn it around.
Just as in his previous six books, the Forbes-named “Business Visionary” translates complex economic concepts into clear, easier-to-grasp terms for his readers. His upcoming non-fiction releases deliver a one-two punch, exposing profound and little understood flaws in the management of the nation’s economy.
“Free Prices Now!” offers a fascinating look at job loss, poverty and everything in between. Lewis boldly dissects the problems behind America’s economic crisis and offers a simple but sweeping solution: restore honest, un-manipulated prices in our economy. Former GOP presidential candidate Ron Paul says “Hunter Lewis shows why ending the Federal Reserve’s control over the monetary system is key to restoring prosperity and raising living standards for all Americans.”
“Crony Capitalism in America” is especially for readers tired of hearing the same excuses for the nation’s economic meltdown. Lewis unflinchingly cuts through the confusion to show how bad economic policies lead to more and more corruption. In doing so, he provides a behind-the-scenes peek at powerful political circles that control America’s future. And again, he pushes the envelope with fresh, innovative solutions.
“It rips back the curtain on the competition-crushing practices that emerge when political and corporate cronies align,” says Peter Schweizer, president of the Government Accountability Institute and author of the New York Times bestseller “Throw Them All Out.”
Co-founder of AgainstCronyCapitalism.org, Lewis has also contributed articles to numerous international and financial publications and has been invited to give his expert opinion on the economy on ABC’s Money Matters, NBC’s Today and many other television and radio programs. As a philanthropist, Lewis has served on boards and committees of 15 not-for-profit organizations.
REVIEW

Simply put, this book is an education.


If you’re someone who doesn’t put too much thought into the economy and the pivotal decisions our economic leaders are making, then this book is a definite MUST READ! It will open your eyes and give you real food for thought.


It’s no secret that most, if not all, Governments are wrought with corruption and greed, but Lewis sheds light on some of the finer details and the ramifications that affect the masses, as well as the importance of the consumer’s right and role in bringing about economic freedom.


Although this book is filled with plenty of economic and financial jargon that may be a bit too much for some readers, the message is loud and clear.


Right now there is a vicious circle that sees the rich getting richer and the poor getting poorer. Imagine if that could be changed. Well it can, and it’s not that difficult to achieve. One of the most powerful things I took from this book is that the free price system will unleash an honest and trustworthy economy, where corruption cannot breed.


All I can say is, why has this not happened as yet? Why do we still find ourselves in economic slumps? Why do we give all the power to Government and Reserve Banks?


This is a book that everyone, no matter what your financial status is, needs to read. People tend to turn a blind eye and I think it’s due to a certain level of ignorance on our part, although it’s not exactly due to any fault of our own. It’s our right to be informed; however, we’re often kept in the dark. Lewis gives a brilliant account of the injustices that have rocked our economy, and it’s time we stood up and took notice.
It gets... 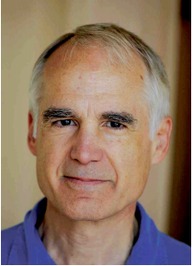 Renowned investor and author Hunter Lewis has written eight books on the financial issues of America, providing real solutions to turn the economy around.

He is the former CEO of Cambridge Associates, a global investment firm he co-founded after graduating from Harvard University. The company’s clients represent three-quarters of higher education endowment assets in the United States as well as other nonprofit groups and high net worth individuals. Lewis has also served on boards and committees of 15 leading nonprofit organizations, including environmental, teaching, research and cultural groups, as well as the World Bank. Lewis runs the successful watchdog website AgainstCronyCapitalism.org with fellow writer and political consultant Nick Sorrentino.

Reviewers across the globe have noted Lewis’ unique economic insights, and he’s shared his expert opinion on national television programs including CBS’ Money Matters and NBC’s TODAY. His writings have appeared in the New York Times, The Times of London, Washington Post, The Atlantic, Forbes.com and other media. The Charlottesville, Va. author’s newest book releases, “Free Prices Now!: Fixing the Economy
by Abolishing the Fed” and “Crony Capitalism in America: 2008-2012,” hit bookshelves on
September 1, 2013.