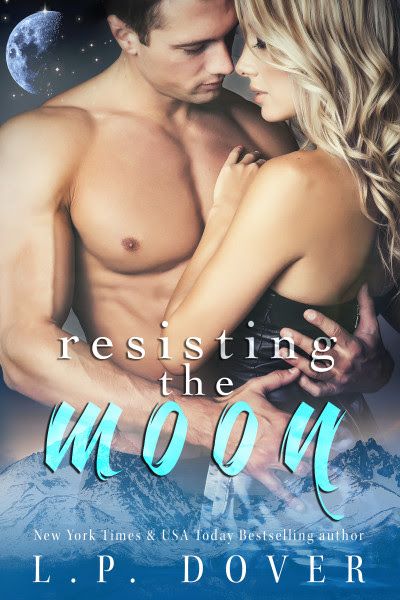 The past was pain.
The present unclear.
For Tyla Rand, her future couldn’t be bleaker. Death follows her everywhere, especially to those she loves. Being a member of the royal pack, she believes her time of happiness will come. That is, until wolves from her old pack show up missing. Her mission is to find them, but she won’t be going alone.
Sebastian Lyall, a true born royal and the one man Tyla loathes, has offered to help in her quest. Their journey not only brings out their true desires, but attracts the attention of another, someone from Tyla’s past. However, nothing is as it seems. Death is not done with her and now he wants her to pay. He won’t be satisfied until he’s taken everything away . . . including those she loves.

“Can I help you?” I asked, turning to face Sebastian Lyall.
His whitish-blond hair was perfectly coifed in messy spikes, his light blue, button down shirt matching the color of his eyes. The last thing I needed was to look into them. He’d had me tongue tied several times in the past and it ended up making me look like an idiot.
Smirking, Sebastian stepped closer, holding out a hand. “Would you care to dance?”
Rolling my eyes, I nodded toward the group of women in the corner who watched his every move. “Why don’t you ask one of your groupies? I’m sure they’d be more than willing.”
He and his brothers, Micah and Zayne, along with Colin, were hot commodities in our pack. They were all royal wolves—the elite. No female could resist them, except me that is. I couldn’t complain though; the royals helped make our pack invincible.
Sebastian leaned closer, his gaze serious. “I asked you, Tyla Rand. Besides, there’s something I need to tell you.”
“Why do we have to dance in order for you to spill? Just say it now.”
Chuckling, he grabbed my hand and pulled me to the dance floor. “What’s the matter, afraid to be close to me? I promise I won’t bite.”
Right. Huffing, I reluctantly walked onto the dance floor just when the tempo changed to a slower, sensual beat. “You’ve got to be kidding me,” I growled. Other couples joined in and held each other, swaying to the music, while I stood there like a fool.
Grabbing my other hand, Sebastian pulled my arms around his shoulders and put his around my waist. “See? Not so bad.”
I glared up at him. “Just keep your hands from wandering. Now what do you want to talk about?” His hands snaked lower and I growled. “Keep it up and see where your hands end up next.”
Chuckling, he lifted them higher. “I like watching your cheeks blush. It’s sexy as hell.” 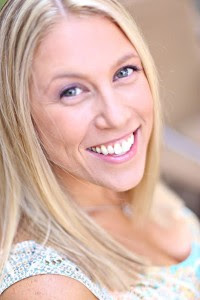 New York Times and USA Today Bestselling author, L.P. Dover, is a southern belle residing in North Carolina along with her husband and two beautiful girls. Before she even began her literary journey she worked in Periodontics enjoying the wonderment of dental surgeries.
Not only does she love to write, but she loves to play tennis, go on mountain hikes, white water rafting, and you can't forget the passion for singing. Her two number one fans expect a concert each and every night before bedtime and those songs usually consist of Christmas carols.
Aside from being a wife and mother, L.P. Dover has written countless novels including her Forever Fae series, the Second Chances series, the Gloves Off series, the Armed & Dangerous series, the Royal Shifters series, and her standalone novel, Love, Lies, and Deception. Her favorite genre to read is romantic suspense and she also loves writing it. However, if she had to choose a setting to live in it would have to be with her faeries in the Land of the Fae.
Facebook | Twitter | Pinterest | Website | Amazon | Goodreads 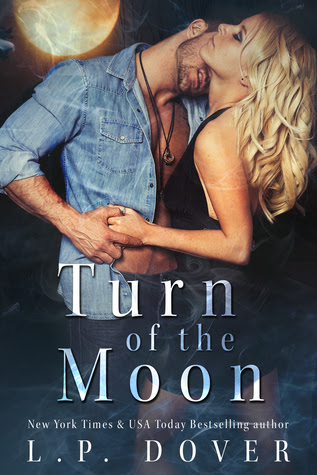 One girl. Two wolves. Promised to one. Destined for the other. To escape the cruel, overbearing, Kade, the Yukon Pack alpha she’s been promised to, Bailey Whitehill flees her home in search of a new life, one of freedom where she can make her own choices. However, Kade will stop at nothing to make her his and begins the hunt. As Bailey starts her new life, everything she’s known to be true, is not. Time is of the essence and choices have to be made or consequences suffered. Not only does Bailey fear Kade, but another danger lurks deep in the recesses of the forest. Unbeknownst to her, that danger is what she’s been searching for all along. At the turn of the moon, her fate hangs in the balance . . . and it’s up to her to make the right choice.
Amazon | Goodreads