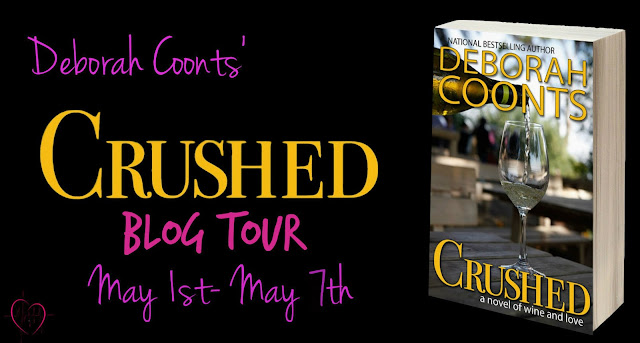 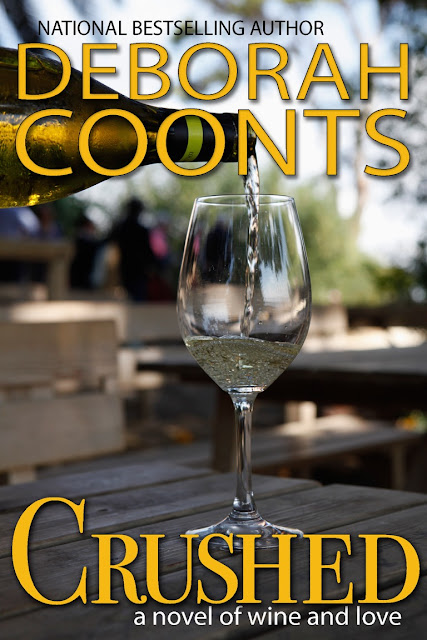 In Napa Valley, he who has the best grapes wins.
And in the pursuit of perfection, dreams and hearts can be crushed.
Sophia Stone is a widow on the brink of an empty nest, stuck in an unsatisfying job managing the vineyard for a mediocre Napa vintner.  Faced with an uncertain future she wonders how do you choose between making a living and making a life?  Between protecting your heart and sharing it?  Five years ago, after her husband was killed in an accident, Sophia put her heart and dreams on ice to care for those around her.  Now her home, her dreams, and her family’s legacy grapes are threatened by the greed of the new money moving into the Valley.   Sophia has a choice—give up and let them take what is hers, or risk everything fighting a battle everyone says she can’t win.


Nico Treviani has one goal in life: make brilliant wine.  A woman would be an unwanted distraction.  So, while recognized as one of Napa’s premier vintners, Nico finds himself alone… until his brother’s death drops not one, but two women into his life—his thirteen-year-old twin nieces.  In an instant, Nico gains a family and loses his best friend and partner in the winemaking business.  Struggling to care for his nieces, Nico accepts a job as head winemaker for Avery Specter, one of the new-money crowd.  And he learns the hard way that new money doesn’t stick to the old rules.

GUEST POST
Your writing process
Oh boy, well it’s changed through the years.  When I was just writing Lucky, which is first-person, I really started out with a murder, Vegas-style, planted it in a themed Vegas weekend, and let the relationships and the investigation swirl around that.

Now, my stories (other than the Lucky stories) are told in the third person and I’m finding they require a bit more outlining and preplanning.  And I’m getting into that--it’s makes the writing go more smoothly when I’ve thought through most of the twists and turns.  However, that doesn’t mean that a story can’t all of a sudden leave the tracks like a runaway train.  When it does, I usually go with it.  You do learn so much and see so many more layers and connections as you build the story, so it is logical that different paths, better ideas might crop up in the telling.

I tried to write two stories at the same time--one in the morning, and one later in the day.  I found that wasn’t nearly as productive.  If I can dig deep into one story, live it, breathe it, then writing it goes much more swimmingly.

I write everyday.  I think it’s really important to stay in the story I’m working on, to wallow in it, to dream about it, to argue with the characters--that way it really becomes deeper, more nuanced.  When life pulls me away, it takes a while to get back where I was, present in the story.  So, I really work hard at working on the story every day.  Now, on bad days, that may just be editing, but at least I’m in the story, keeping my imaginary friends present.

And when those characters start waking me up at night to tell me something, or they find me in the shower….well, then I know the story is really working. 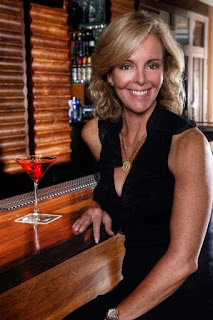 About the Author
My mother tells me I was born a very long time ago, but I’m not so sure—my mother can’t be trusted.  These things I do know:  I was raised in Texas on barbeque, Mexican food and beer.  I am the author of WANNA GET LUCKY? (A NY Times Notable Crime Novel and double RITA™ Finalist), its five sequels, LUCKY BREAK, the latest and just out, and four between-the-books novellas.  Currently I’m stretching my writer muscles working on a women’s fiction/contemporary romance series set in Napa—the first novel, CRUSHED, is out March 8th—a dark thriller, a romantic suspense series featuring a female helicopter pilot, as well as the next Lucky adventure—all very different projects. So, if you see me with a glass of Champagne in hand, you’ll understand.  I can usually be found at the bar, but also at www.deborahcoonts.com.
Social Media Links-
Facebook:  https://www.facebook.com/deborahcoonts/
Twitter: @deborahcoonts
Pinterest: https://www.pinterest.com/debcoonts/
Instagram:  https://www.instagram.com/deborahcoonts/
Google+:  https://plus.google.com/u/0/b/110960470150992550314/110960470150992550314/about