The Internationally Best-Selling Imdalind Series comes to a close in this long awaited heart-pounding conclusion.
For centuries the war that has raged within magic has ripped the world apart. Fought between Skȓítek and Trpaslík; killing father and son, and destroying a fragile balance between mortal and magic.
For centuries everyone has been awaiting the Silnỳ, searching for the girl who was prophesized. The girl with power strong enough to defeat the evil that plagued the world, and bring the war to an end.
For centuries, everyone was wrong.
The Silnỳ was not what they had been told, the promises of future distorted by a sight that was tarnished. The evil was not what they had expected, not what they had been fighting against. Instead it was hidden amongst them; plotting, waiting for their time to strike.
And it did. With fire and blade the hidden evil took it’s place upon a throne of blood. The evil has shown itself and now only one person can save them all.
But with Sights that are no longer infallible and armies that are abandoning their king – it is no longer clear who that person is, or even if they have the courage to stand up to the evil and face their end. 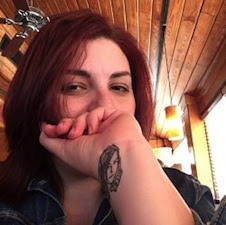 Rebecca Ethington is an internationally bestselling author with almost 700,000 books sold. Her breakout debut, The Imdalind Series, has been featured on bestseller lists since its debut in 2012, reaching thousands of adoring fans worldwide and cited as “Interesting and Intense” by USA Today’s Happily Ever After Blog.
From writing horror to romance and creating every sort of magical creature in be-tween, Rebecca’s imagination weaves vibrant worlds that transport readers into the pages of her books. Her writing has been described as fresh, original, and groundbreaking, with stories that bend genres and create fantastical worlds.
Born and raised under the lights of a stage, Rebecca has written stories by the ghost light, told them in whispers in dark corridors, and never stopped creating within the pages of a notebook.