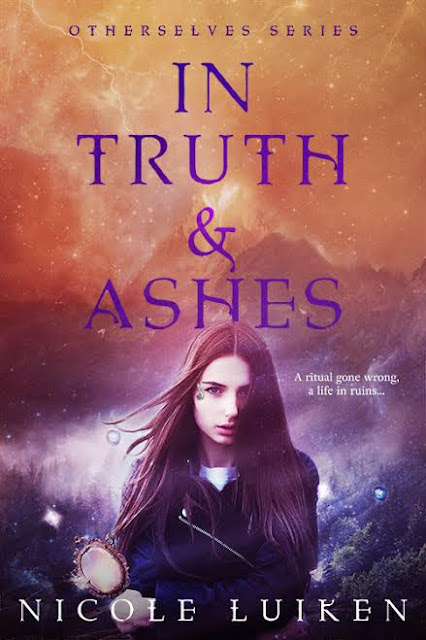 What she can’t remember could ruin her life.

The Mirror Worlds are but dull reflections of the True World, where magic and technology blend together…

On the True World, Belinda Loring has known from childhood that she must Bond with the son of another noble First Family. Uniting the families ensures hers will hold onto its powerful position, and so she’s always pushed down the tender feelings she has for her best friend—gorgeous, steadfast Demian, who isn’t noble.

But when the ceremonial magic goes disastrously wrong, Belinda becomes a national disgrace. Scorned as Broken, she turns to Demian for help getting revenge on the man who ruined her: the radical Malachi.

But the seeds of Malachi’s murderous plans lie buried in Belinda’s past, in the dark days of her kidnapping—a period of which she has no memory. And Demian may hold the key to recovering all that she’s lost—and saving the worlds.

Leah wept in her sleep. And dreamed:
She was a dragon, floating on an orange sea of molten rock. Far above her was a hole like an eye, the Volcano Lord Thunderhead’s caldera. At first, the heat felt pleasant, soaking away the lingering chill of death, but then it increased in intensity as the magma invaded every nerve and lit them each on fire. She screamed through her ruined throat and convulsed—
Leah bolted upright and found herself in the Aerie, the top room of Qeturah’s Tower. She must have fallen asleep on Gideon’s bed.
She was shaking, her heart trying to beat its way out of her chest. Her skin felt clammy. What a terrible, awful nightmare.
One whole side of the Aerie opened out onto a large natural stone balcony. Outside, the sun silhouetted Thunderhead’s steep-sided black cone against the red sky. Thin trails of lava trickled down his sides as he erupted again.
The Volcano Lord grieved for the loss of his son, just as Leah grieved.
Leah had met Gideon here in this very room. He’d been feverish, and she’d been spying for her father, Duke Ruben, trying to prove that the evil sorceress Qeturah had something to do with the dragon attacks on their valley. Only, by the time she found out Gideon shape-shifted into the dragon at night and his mother Qeturah used a magic amulet to control him, Leah had already fallen in love with Gideon, and turning him in had been unthinkable.
But in the end, she’d been unable to protect him from her father. Duke Ruben’s army had shot the dragon down with a huge crossbow, and Gideon had died. And his death had signaled the beginning of the end of Fire World.
Gideon’s father, Thunderhead, had erupted and killed Duke Ruben and three other dukes. Their deaths, in turn, had sent the Volcano Lords linked to them into a mindless fury, and they’d all exploded. Those not killed in the eruptions would likely starve in the next year, since falling ash had blighted all the crops.
And Leah could barely bring herself to care.
Gideon was dead. Duke Ruben, her father, whom she’d alternately feared and wanted to please, was dead. Likely so were Jehannah, her half-sister, and her mother, Beulah. Her childhood home was destroyed.
Leah had spent all her time since the cataclysm struggling to stop Qeturah. But now Qeturah was dead, too. And Leah had no purpose.
Oh, the war hadn’t ended: Qeturah had had a mentor named Malachi who had supported her. He was still out there, no doubt still scheming to shatter the other Mirror Worlds, but Leah had run out of energy to fight. Let someone else take him down, someone from the True World.
Malachi wasn’t her problem.
Leah would just stay here with her memories. Alone.
Only the thought of the nightmare returning kept her from sleeping the rest of the day away. 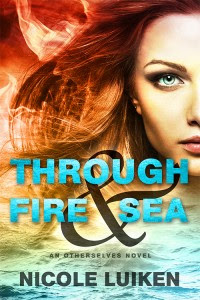 There is one True World, and then there are the four mirror worlds: fire, water, air, and stone. And each has a magic of its own…
In the Fire World, seventeen-year-old Leah is the illegitimate daughter of one of the realm’s most powerful lords. She’s hot-blooded—able to communicate with the tempestuous volcano gods. But she has another gift…the ability to Call her twin “Otherselves” on other worlds.
Holly resides in the Water World—our world. When she’s called by Leah from the Fire World, she nearly drowns. Suddenly the world Holly thought she knew is filled with secrets, magic…and deadly peril.
For a malevolent force seeks to destroy the mirror worlds. And as Leah and Holly are swept up in the tides of chaos and danger, they have only one choice to save the mirror worlds—to shatter every rule they’ve ever known… 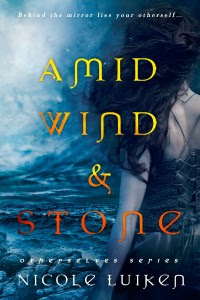 There is one True World, and then there are the four Mirror Worlds: Fire, Water, Air, and Stone.
Audrey and Dorotea are “otherselves”—twin copies of each other who live on different Mirror Worlds.
On Air, Audrey has the ability to communicate with wind spirits. As war looms, she’s torn between loyalty to her country and her feelings for a roguish phantom who may be a dangerous spy.
Blackouts and earthquakes threaten the few remaining humans on Stone, who have been forced to live underground. To save her injured sister, Dorotea breaks taboo and releases an imprisoned gargoyle. Brooding, sensitive Jasper makes her wonder if gargoyles aretruly traitors, as she’s always been told.
Unbeknownst to them, they both face the same enemy—an evil sorceress bent on shattering all the Mirror Worlds. 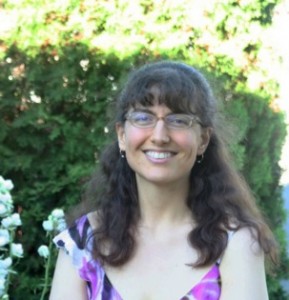 Nicole Luiken wrote her first book at age 13 and never stopped. She is the author of nine published books for young adults, including Violet Eyes and its sequels Silver Eyes and Angels Eyes, Frost, Unlocking the Doors, The Catalyst, Escape to the Overworld, Dreamfire and the sequel Dreamline. Through Fire & Sea, book one of Otherselves, and Amid Wind & Stone, book two of Otherselves, are her most recent releases. She also has an adult thriller, Running on Instinct, under the name N.M. Luiken and a fantasy romance series, Gate to Kandrith and Soul of Kandrith. Nicole lives with her family in Edmonton, AB. It is physically impossible for her to go more than three days in a row without writing.