There’s Something About Nik by Sara Hantz
Genre: Standalone YA Contemporary
Published by Entangled Teen
Published on February 13th, 2017 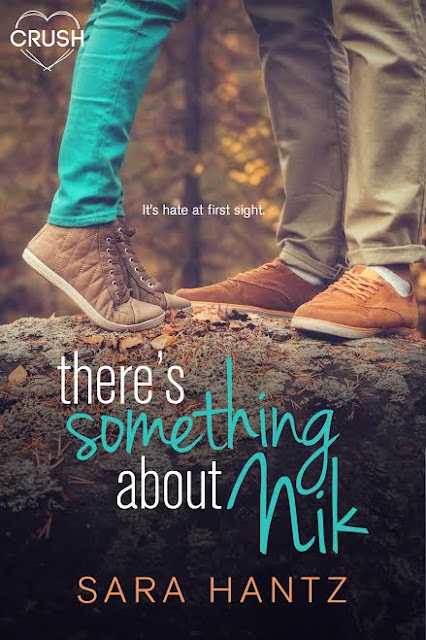 He’s just the son and heir to one of the most important families in Europe—one where duty always comes first. And his posh, too-public life is suffocating him. So when he gets the chance to attend boarding school in America, pretending to be an average exchange student is too big of a temptation to pass up.

Then he literally runs into Amber on campus. And she hates him at first sight.
It’s kind of exhilarating to be hated for who he is, not for his family name or his wealth. Maybe if he turns up the charm and turns down the aloof mask he habitually wears, he can win her over. Even though a bad past experience has made her swear off dating this year.

But the more he gets to know her, the more uncomfortable he is keeping things from her.
Because Nik Gustafsson has a secret. And it’s a big one.

Disclaimer: This Entangled Teen Crush book contains a hot boy who’s the strong and silent type, a studious girl who refuses to believe in fairy-tale romance, and one epic secret that could be disastrous if it comes to light.


EXCERPT
Nik drew in a long breath. He was in uncharted territory and didn’t know how to proceed. He’d never met anyone quite like Amber before—specifically, anyone who showed such disinterest in him. Was this what being normal felt like? To be ignored or dismissed like he wasn’t important? Suddenly, he wasn’t so sure if he liked it. He surreptitiously studied her, while she did everything she could to avoid eye contact. She certainly wasn’t his type, if indeed he had a type. His previous girlfriends had all been tall with blonde hair, which would imply that he did. Then again, in his country, most girls he met looked like that.
Amber was small, at least a head shorter than he was. Her dark brown hair seemed ridiculously short as it framed her face. A pretty face with freckles. And what was it with that camera she hugged close to her, like it was something so precious? He’d hoped that in America he’d finally be away from people constantly trying to get a shot of him. Yet, the first day here, he’d met a girl who seemed obsessed with taking photos. No wonder he’d frozen up around her.
“What are you staring at?” Amber’s question brought him back to the present with a start.
“Nothing,” he replied abruptly, feeling like a small child being caught doing something wrong.
She reminded him of his old nanny, who’d always said that he shouldn’t stare at people because it made them feel uncomfortable. Most of the time, he didn’t even realize he was doing it.
“It didn’t seem like nothing to me. You were looking at my hair, weren’t you?” she accused.
“Yes. It’s much shorter than I’m used to seeing.” The words were out of his mouth before he could stop them. He should’ve known better than that. He’d been trained since a child to be circumspect, and here he was, not two days in America, and he was forgetting how to behave.
“Girls don’t have short hair in your country?” Amber challenged, as if daring him to say even more about how she looked.
Which was another thing. All the girls he knew were masters of polite conversation. He had no clue why she was being so unfriendly. He hadn’t been rude to her. Admittedly, he’d been looking at her hair. Well, her hair and also her camera. But surely that wasn’t enough to make her so antagonistic.
Maybe it was a cultural thing. He would check with Josh later whether it was something he’d done by mistake. In the meantime, he couldn’t just stand there in such awkward silence.
“It’s different from girls at home, yes. But it’s very striking,” he added, hoping that would appease her.
She remained silent for a moment, with an expression on her face like he was a bug who had landed on her shoe. “Thank goodness for that,” she finally said, “or I might have had to spend the next several months sitting in my room willing it to grow.”
GUEST POST


“SOMEDAY MY PRINCE WILL COME”


From when we’re small we’re surrounded with fairy tales and Disney movies about princes and princesses. We love them. Most of us are familiar with the famous song “Someday my prince will come,” which comes from Disney’s Snow White and the Seven Dwarfs. We love anything royal and at some time during our lives many of us will have imagined what it would be like to be royal. To be special and important. To be valued by a whole nation. That’s why we love stories like Cinderella. We see a very ordinary girl meeting and falling in love with a prince. Her life is changed forever.


What’s even more fascinating for us is that these things don’t just happen in fairy tales. Now it’s real life. Take Kate Middleton. An ordinary girl who goes to college in the UK and meets a prince. Prince William. They fall in love, get married and one day she’ll be Queen. It’s an awesome story. In Denmark, we have Prince Frederik who married commoner Mary, who comes from an ordinary family in Australia.


Of course, what we don’t think about is how intrusive being a royal could be. We only focus on the good things. Like having as much money as you need. About travelling around the globe. Or even the more mundane things like not having to do the chores, or having all of our meals made for us. And of course, being able to wear top fashion, which designers fight to have you wearing.


All these things were in my head when the idea for writing There’s Something About Nik came to me.


How about you, have you ever dreamed of being royal? 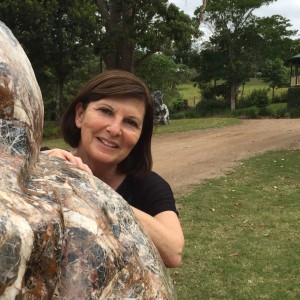 Sara Hantz has been a prolific reader all her life, but it wasn’t until she was an adult that she got the writing bug. She writes contemporary adult and young adult fiction and her debut book The Second Virginity of Suzy Green made the prestigious list ‘New York Public Library Books for the Teen Age’. Sara lectured for many years before deciding to devote more time to her writing and working in the family hospitality business. She has two grown-up children and when not writing, working, or online with her friends, she spends more time than most people she knows watching TV – in fact if TV watching was an Olympic sport she’d win gold.  She has presented many writing workshops with her partner-in-crime Amanda Ashby.