WICKED EVER AFTER SERIES BLURB:

WICKED CHARMING (Wicked Ever After, #1)

He’s at the top of the world. He’s rich, sought after, and in control. And he’s bored. A string of one-night stands have left Samul Charming increasingly dissatisfied. When his mother pushes him to settle down, his best friends come up with a brilliant plan: Audition the submissives at The Kingdom. The problem is, Charm knows who he wants: the only girl to challenge him, while submitting as naturally as breathing. But he can’t have her. With the entire club watching and his parents expecting him to marry soon, Charm decides to settle. But love in the Kingdom is never simple and it is never painless. And Charm is about to be reminded of that.


Add WICKED CHARMING to Goodreads
You can sign up for Nazarea's newsletter for exclusive materials and information on the series. 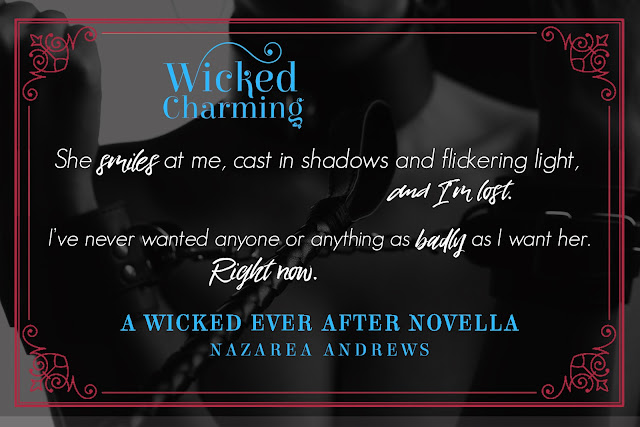 This was an exciting start to this new series from Andrews.


Charm and Celeste were meant for each other, that was obvious from the get-go, but power and status seemed to be two major players that would keep them apart. I knew that there was more to the mystery Cinderella who swept him off his feet on the final night of his “audition” and I was intrigued to see how things would play out. Would he find the beauty he longed for, or was he destined to a life of solitude?


Andrews really did a fantastic job of incorporating all the elements of the classic fairytale into this modern and steamy take, giving it a few twists that will enthrall you. It was a great read. 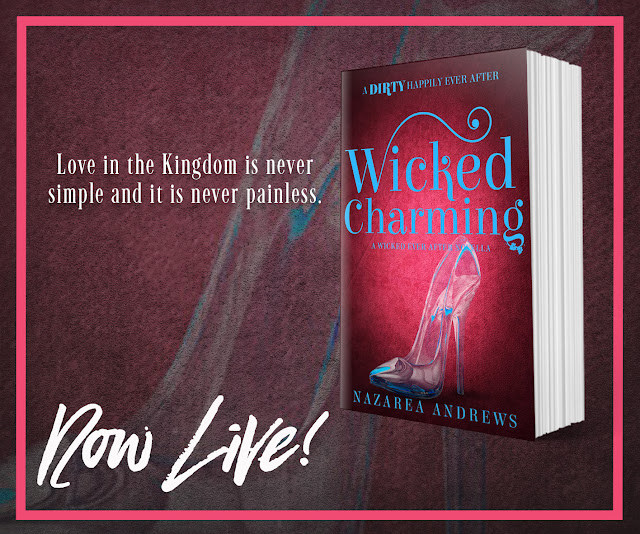 Blurb: James “Beast” Lutz isn’t like his friends. He doesn’t crave control the way Charm and Mal do, and he doesn’t play the games Wolf thrives on. He lives on his knees, all of his strength bent to the will of his Domme. He’s never regretted that, until now. Now, when he’s trapped in an arrangement serving a Domme who can’t keep a sub. Now, when he’s not sure how to trust a woman wrapped in mystery and less sure he wants to. But the more he gets to know the Domme everyone knows as Beauty, the more Beast realizes everything he thought he knew was wrong.

Blurb: Charles Wolf Blackwood likes the game. He likes chasing a new girl every week, loves seducing them and earning their trust. He doesn’t like to keep them. Until he meets Scarlet. The chase has never been quite as intoxicating as it is with her, the feisty sub with an innocent streak a mile wide. And for the first time, he wants to keep her, but Scarlet already has a Dom, and Hunter has no intentions of giving her up. Both Wolf and Hunter are in for a surprise when they realize Scarlet doesn’t want one of them. She’s playing to keep them both.

Nazarea Andrews (N to almost everyone) is an avid reader and tends to write the stories she wants to read. Which means she writes everything from zombies and dystopia to contemporary love stories. When not writing, she can most often be found driving her kids to practice and burning dinner while she reads, or binging watching TV shows on Netflix. N loves chocolate, wine, and coffee almost as much as she loves books, but not quite as much as she loves her kids. She lives in south Georgia with her husband, daughters, spoiled cat and overgrown dog. She is the author of World Without End series, Neverland Found, Edge of the Falls, and The University of Branton Series. Stop by her twitter (@NazareaAndrews) and tell her what fantastic book she should read next.