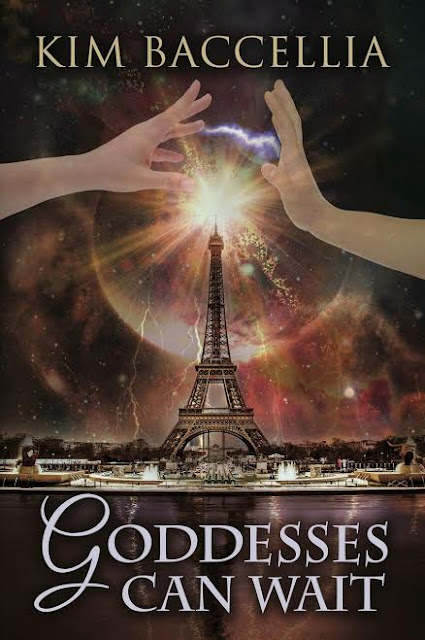 Goddesses Can Wait (Myths and Mayhem #2) by Kim Baccellia
Genre: YA Fantasy

Jordan Lake, a fifteen-year-old Audrey Hepburn-olic who’s a magnet for goddesses, has a chance to go to Paris with her grandmother and BFF Selena Garza. Even though she senses something is off, she decides to make the trip.
But when she kisses a cute Parisian boy a la Roman Holiday, she switches bodies with Aphrodite and is sent to the Greek netherworld. She must enlist the help of the Greek god (in more ways than one) Ares then complete seven trials set by his sister Artemis in order to return home.
Except time is running out, and if she can’t get Aphrodite back to the Eiffel Tower by midnight, she’ll be stuck in Greek mythology forever.

My fingers brushed against the wooden box.  I pulled it out.  A slight tingle vibrated through my fingers.  Not unpleasant, still it felt as if I’d shocked myself.  I gasped, dropping the box.
I winced, fearing I’d broken it.  What would my grandmother do once she found out that I not only brought it overseas but now had damaged it?  For all I knew it was invaluable.
I scanned the area, freaking out big time.  Then to the corner I recognized the familiar woman on the mosaic top.  Relieved, I bent over to pick it up and almost dropped it again.  The blond woman blinked at me. 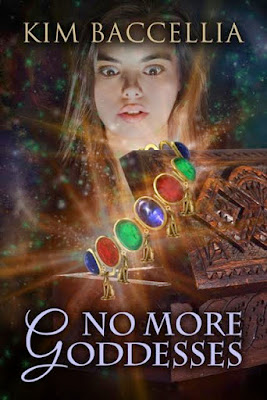 Jordan Lake discovers an ancient bracelet in her grandmother’s house and uncovers a family mystery that links her favorite actress, Audrey Hepburn, a romantic movie, and an aunt she never knew. Jordan hopes the bracelet will bring her love. Instead, it brings one nightmare after another, unleashing Hathor, the Egyptian love goddess, who decides it’s fun to mess with the McKnight High School social scene. Jordan holds the key to vanquish Hathor, but will she figure out what it is in time to save her school, one of her best friends, and get a date to the Valentine’s Day dance? 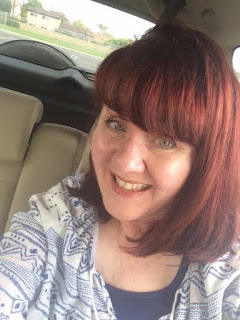 When writing Goddesses Can Wait, Kim Baccellia watched almost all of Audrey Hepburn’s movies and learned to love this famous icon after watching and reading all she could about her. Two of her all-time favorite movies, Roman Holiday and Funny Face, are the inspiration for Jordan’s trip to Paris. What teen girl wouldn’t love to have a romantic moment on the Eiffel Tower?

A member of RWA, Kim is currently putting the finishing touches on a YA multicultural thriller. She lives in Southern California with her husband and son.
My website: http://www.kim-baccellia.com

GIVEAWAY
A signed copy of both books in the Myths & Mayhem series plus a cute Paris tote and some swag; open US only