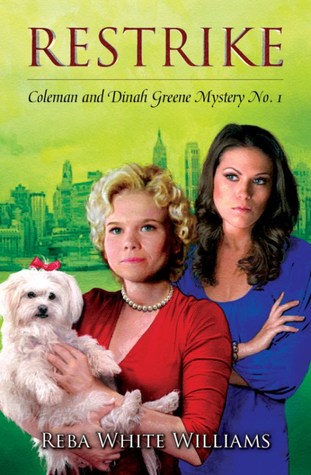 Cousins Coleman and Dinah Greene moved from North Carolina to New York after college to make their mark on the art world: Coleman is the editor of an influential arts magazine and Dinah is the owner of a print gallery in Greenwich Village. But their challenges are mounting as one of Coleman's writers is discovered selling story ideas to a competitor and The Greene Gallery is in the red because sales are down.

When billionaire Heyward Bain arrives with a glamorous assistant, announcing plans to fund a fine print museum, Coleman is intrigued and plans to get to know Bain and publish an article about him. Dinah hopes to sell him enough prints to save her gallery. At the same time, swindlers, attracted by Bain’s lavish spending, invade the print world to grab some of his money.

When a print dealer dies in peculiar circumstances, Coleman is suspicious, but she can’t persuade the NYPD crime investigator of a connection between the dealer’s death and Bain’s buying spree. After one of Coleman’s editors is killed and Coleman is attacked, the police must acknowledge the connection, and Coleman becomes even more determined to discover the truth about Bain. In an unforgettable final scene, Coleman risks her life to expose the last deception threatening her, her friends, and the formerly tranquil print world.

Murder mysteries are always exciting to read. They allow the reader to escape reality and play detective for a few hours. And then there's always that moment of anticipation when the perp is finally revealed.

Williams does a brilliant job of keeping the suspense alive with each turn of the page, and there is never a dull moment as murder, greed, hidden pasts and family secrets grip the art world.

There are a multitude of interesting characters, and even though the story's main focus is the murder of a print dealer and Coleman's determination to discover the truth about his death, each character has their own side-story which kept the story flowing and added to the main plot. The mystery unraveled at a good pace, revealing some very surprising truths about certain characters.

All these truths, along with the many twists and turns within the plot, culminate in one thrilling ending with even more surprises.

I enjoyed every minute spent amongst the pages of this fantastic read. Lovers of suspense and mystery will be riveted by this book.


It deserves nothing less than... 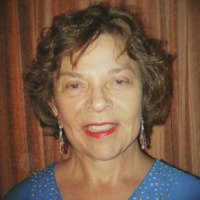 I was born in Mississippi, and until I was ten, attended public schools in Mississippi and Tennessee. When I was in the fifth grade, my parents moved to the small town in North Carolina where my mother was born, and where her mother and sister lived. I earned my high school diploma at St. Mary’s, a private girls’ school in Raleigh, and my BA at Duke. When I was 21, I took a train to New York to seek my fortune. I’ve lived in New York City and Connecticut ever since, except for two years in Boston at graduate school.

I planned to make my living writing novels. But in New York, economic reality caught up with me, and I wrote about art, and business and finance, because that’s what I could get into print, and what paid the rent. Along the way, I earned my MBA at Harvard, my MA in Art History at Hunter, my PhD in Art History at the Graduate Center, CUNY, and my MA in Fiction Writing at Antioch University.

I’ve had a host of part-time jobs, from answering telephones to stuffing flyers in envelopes. I’ve worked as a library assistant, researcher at a management consulting firm, a Wall Street securities analyst, and writer for Institutional Investor magazine and other financial publications.

I’ve written articles for numerous art and financial magazines, including Art & Auction, Print Quarterly, and Institutional Investor. I’ve served on the Print Committees of the Metropolitan Museum, the Museum of Modern Art, and the Whitney Museum. I’ve been a member of the Editorial Board of Print Quarterly, and I am an Honorary Keeper of American Prints at the Fitzwilliam Museum, Cambridge University. I’ve served as President of the New York City Art Commission, and Vice Chairman of the New York State Council on the Arts.


Fine-art print collecting, in collaboration with my husband, has been a major activity, and prompted me to return to school for a PhD in Art History. We used our collection, thought to be the largest of its type—prints by American artists—to create traveling exhibitions. We circulated seventeen separate exhibits to over one hundred museums worldwide, and I did most of the research and wrote the exhibition catalogues. In December 2008, most of our collection—about 5000 prints—was donated to the National Gallery of Art in Washington, DC, but we are still recognized as experts in the field.