Welcome to my first stop on the William Sibley's Sighs Too Deep For Words Blog Tour hosted by JKS Communications. 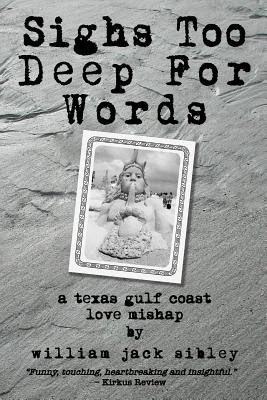 SIGHS TOO DEEP FOR WORDS is the story of a man in prison who falls in love, through lengthy correspondence, with a woman he’s never met. Getting out, he goes to find her and discovers that the love letters he’s received were written not by a woman but by a closeted gay man — a small town minister. Not only did the minister deceive the prisoner, but he sent a photograph of his sister (who lives with him) as a picture representing himself. And not only is the sister unaware of the ruse, but she herself happens to be a lesbian. The ex-prisoner has fallen in love physically with a woman who doesn’t know he exists, and mentally with a man he doesn’t know how to love. Set in the scenic Texas Gulf Coast fishing village of Rockport, SIGHS TOO DEEP FOR WORDS is a darkly humorous and contemplative examination of the parameters of love, sex, sexuality and cultural perspective.


Get your copy today


And now, it is my honor to present the amazingly talented Mr William Jack Sibley for a quick chat!

Thanks for joining me today!

1.      Tell us a bit more about yourself.
I have zero bad cholesterol.  I cry at any "animal in danger" movie.  I DID NOT write the movie "TITANTIC."

2.      Describe yourself in three words.
Unabashedly, irrepressibly me.

5.      Who/What inspired you to write your first novel?
Living in Hollywood - struggling as a repeatedly optioned screenwriter, but never produced - turned me into a novelist.  I figured anything would be better than the Hollywood insanity. (Boy was I naive!)

6.      What has been your most rewarding experience on the road to being published?
a. - getting published


b. - surviving the "getting published" part..

7.      What is the best piece of advice you have been given as an author?
Stop whining!  Just write.


8.      What advice would you give to aspiring authors?
STOP WHINING! JUST WRITE!

9.      Who are your favorite authors to read?
Anyone writing non fiction that enlightens, reveals and entertains with facts, stories and information unknown to me.  I love being surreptitiously educated when I read.


10.    Tell us a bit about Sighs Too Deep For Words.
Try to remember this is more than just a simple story of one man and his search for love.  It's also about a town, a community and a society that both uphold and challenge his search concurrently. We're all bit players in each other's drama, fact.

11.    Are any of your characters based on someone you know?
ALL of them (names withheld to protect the innocent.)


13.    Are you working on any special projects at the moment?
Yep, got a new novel in the pipeline. Not gonna jinx it though!

14.    Besides being a successful novelist, you’re a playwright and screenwriter. Tell us a bit about your other work and accomplishments.
Oh, too many to mention here.  You can read it all on my website - www.williamjacksibley.com.  Did  recently do a wonderful staged workshop in New York of a new play of mine called "MEAN" with the incredible Ellen Burstyn and Saturday Night Live's Rachel Dratch.  That was awesome!


15. Where can readers stalk you?
Hmm - well I don't live too far actually from The Alamo - :)
Bring your coon skin cap! 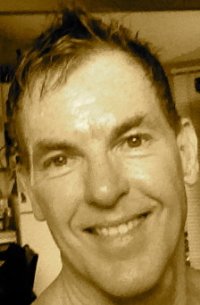 William Jack Sibley's first novel ANY KIND OF LUCK (www.anykindofluck.weebly.com) was published by Kensington in 2001. It was nominated for a Lambda award (Best Romance), The Texas Institute of Letters "Funniest Book of the Year" John Bloom Award and the ForeWord Magazine Book of the Year. His play MORTALLY FINE was produced Off-Broadway and numerous of his screenplays have been optioned by such directors and actors as John Schlesinger, Arthur Hiller and Diane Ladd. His writing has appeared in the UTNE READER, HALLMARK MAGAZINE, BRILLIANT MAGAZINE, THE SAN ANTONIO CURRENT, THE ORLANDO WEEKLY, THE DALLAS TIMES HERALD, HERITAGE MAGAZINE, TEXAS CO-OP MAGAZINE, THE DEAD MULE ("A Journal of Southern Literature"), FLYING COLORS, SOUTHWEST AIRLINES MAGAZINE and THE NEW YORK NATIVE. In addition to screenwriting, playwrighting and journalism Sibley is a fifth generation Texan who oversees his family's ranching operations in South Texas.