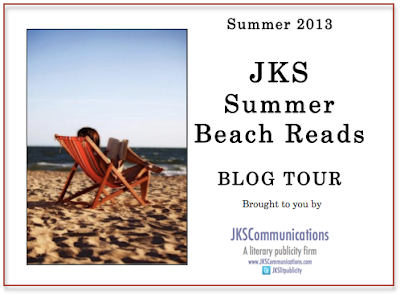 In the Belly of Jonah: 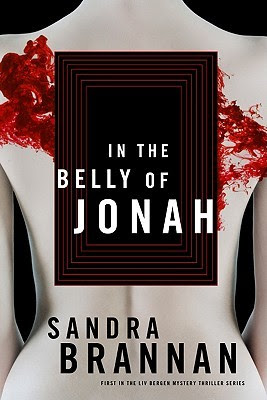 In the Belly of Jonah is a fast-paced mystery with a likable protagonist and an intricately woven narrative brimming with bizarre yet believable twists. The first in a series, the book expertly lays the groundwork for Liv Bergen, amateur sleuth, and her love interest, FBI Agent Streeter Pierce. Liv becomes involved in the investigation of the murder of Jill Brannigan, a summer intern at the limestone mine Liv manages near Fort Collins, Colorado (a breathtaking setting that unwittingly becomes an accessory to crime). In doing so, she inadvertently puts her friends, her family, and herself at risk of being swallowed in the belly of a madman bloated with perverse appetites for women, surrealistic art, and renown.As the gripping plot of In the Belly of Jonah unfolds, Liv Bergen takes her place alongside the best female crime-solvers as a woman with smarts, self-confidence, and intuitive savvy. 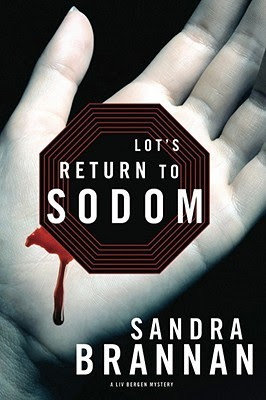 Sharp-witted Liv Bergen can't avoid becoming embroiled in murders, it seems. Her family's hometown of Sturgis, South Dakota, is quickly becoming the Sodom of the Black Hills during the dog days of summer as it hosts the infamous rally of grizzled hard-core motorcycle bikers--half a million of them. Crime comes too close for comfort when Liv must solve the mystery of a beautiful young townie to clear her brother's name. Liv witnesses the vile death of another young woman, and during her investigation of both crimes she attracts the uninvited attentions of the menacing leader of Lucifer's Lot--the baddest of the bad biker gangs. Her quick wit and pragmatic thinking are all that stands between her and certain elimination.FBI agent Streeter Pierce is back on the trail, working undercover to find the murderer and a shadow criminal called the Crooked Man. When he and Liv cross paths, sparks are flying, literally. 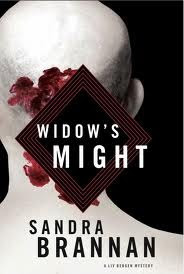 The third Liv Bergen mystery picks up right where the second one left off: the murder of Liv’s sister-in-law has been solved, but an older rancher has been bludgeoned to death in a style eerily reminiscent of a long-inactive killer known only as the Crooked Man. FBI agent Streeter Pierce, still on assignment in Sturgis, South Dakota, must now turn his sights on tracking down the killer, who happens to be his nemesis from ten years earlier. Pierce doesn’t complain, though; he’s falling in love with Liv Bergen and sets in motion an unconventional way to recruit her for the FBI’s training camp in Quantico, Virginia, as they work the case together. But is Liv falling for the brilliant, exotic-looking agent Jack Linwood instead?
Once again, Liv’s vast knowledge of the Black Hills of South Dakota—the territory General Custer made famous—and the modern day ranchers and environmentalists who live there leads her to unearth critical clues about the Crooked Man. Aided by her elfin sister with rainbow-colored hair, a sad-eyed bloodhound, and a terminally ill Norwegian widow, Liv ultimately identifies the deranged killer. But will her barrage of questions be enough to fend off a fatal blow from the very cane he used to crush the skulls of thirteen other victims? 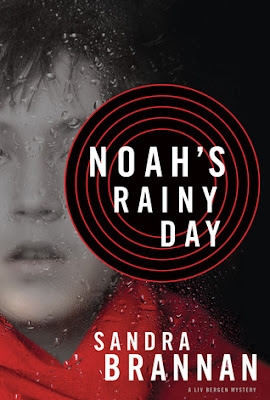 From birth, Noah Hogarty has lived with severe cerebral palsy. He is nearly blind, unable to speak, and cannot run, walk, or crawl. Yet his mind works just as well as any other twelve-year-old’s—maybe even better. And Noah holds a secret dream: to become a great spy, following in the footsteps of his aunt, Liv “Boots” Bergen.
Now, freshly returned from training at Quantico, FBI agent Liv Bergen is thrown into her first professional case. Working side by side with veteran agent Streeter Pierce, enigmatic agent and lover Jack Linwood, and her bloodhound Beulah, Liv must race to find five-year-old Max—last seen at the Denver International Airport—before this Christmastime abduction turns deadly. Meanwhile Noah, housebound, becomes wrapped up in identifying the young face he sees watching him from his neighbor’s bedroom window, but he can neither describe nor inscribe what he knows.
And his investigation may lead to Noah paying the ultimate price in fulfilling his dream.
Noah’s Rainy Day (the fourth novel in Brannan’s mystery series) combines classic Liv Bergen irreverence and brainpower with an unflinching look at the darkest of human motivations, all while a whirlpool of increasingly terrifying events threatens to engulf Liv and Noah both in one final rainy day. 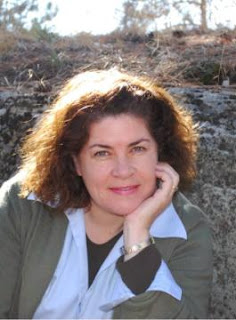 Sandra Brannan debuted as an author in 2010 with In the Belly of Jonah, the first installment of her acclaimed, Liv Bergen mystery series. The novel was chosen as an Indie Next List Notable by independent bookstores and librarians across the country and went into a second printing just one month after its release.

Sandra’s success in the literary world led to her being named one of the top 25 most fabulous women by Black Hills Magazine.

Much like her character Liv Bergen, Sandra has spent her career in the mining industry. Working her way up from day laborer in the company her grandfather founded to a top executive in the family business wasn’t easy, as Sandra often received threats from those opposed to mining. These life experiences gave her a first-person perspective into the high-stakes scenarios of which she writes.

Sandra was raised the seventh of nine children in loving home not far from Rapid City, South Dakota. After living in Colorado (the setting for In the Belly of Jonah), Wyoming, Washington D.C. and Washington state, Sandra returned to her hometown where she lives with her husband. Their budding family consists of four boys and three grandchildren.