Review: He Belongs To Me by Theresa Rizzo 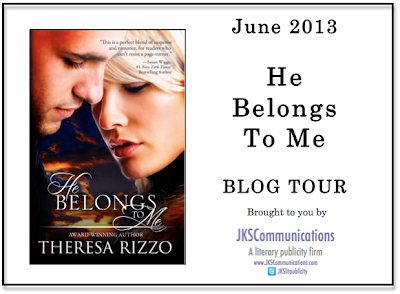 Welcome to my second stop on the He Belongs To Me Blog Tour, brought to you by JKSCommunications. Check out my review below. 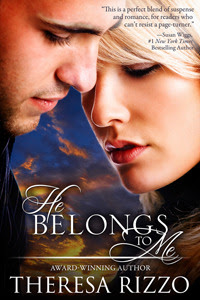 He Belongs to Me is a love story . . . a tale of betrayal and deception and of a young mother's determination to recover what belongs to her.

Forced to leave her baby and tricked into relinquishing her parental rights, four years later Catherine Boyd is back and she'll do anything to regain custody of her son--even reconcile with the husband falsely accused of killing their son's twin.

All in the name of love for a little boy, generations of pain and tragedy are exposed in a courtroom drama.


This was an emotionally charged story that ripped into my chest and gripped my heart from start to finish. I connected with both Catherine and Thomas in a way that I haven’t before and I could feel their pain and anguish as they steered the course of one emotional beating after the next.

Both characters had suffered such heart ache, and as the story unfolded they were forced to face the feelings they’d had bottled up for many years while accepting, and giving, forgiveness so that they could both heal and move forward.

Although their fight to save their family started off as a charade, the love that these two shared, and kept hidden, was undeniable. They’re both determined to ignore it though, perhaps due to past hurts, a lack of trust and bruised egos, but as they both discovered, they’d grown up since the last time they had shared a life. They’re both successful and driven adults.

Catherine’s parents were hideous. I was appalled at the way they acted. They may have disapproved of some of Catherine’s choices in life, but to betray their own daughter the way they did was atrocious. They may have given the impression that all they did was for Drew’s sake however their actions were purely selfish. Between keeping up appearances within their community and their desperation to replace Andrew, Drew was merely a pawn in their game. Yes, they truly loved him and they seemed to have a genuine concern for him, but their actions towards their daughter told another story. It was almost as if they were trying to punish her for bringing so much scandal into their perfect lives.

As for their feelings toward Thomas, they were just hell-bent on making him out to be a monster who beats and kills children. I was shocked that they’d harbor such feelings for him, even after so many years, and why couldn’t they see how successful he’d become? But again, it came down to their own selfish need to control everything that happened in their lives.

I was happy to see Thomas and Catherine’s relationship grow and strengthen; even when his mistress re-entered the picture. Thomas’s feelings were genuine and at times when Catherine started doubting him, I wanted to give her a good shaking. The man had uprooted his entire life to be with her, to help her, and at a time when he could have easily left, he stuck it out and went the whole way regardless of what it would mean for him.

My heart broke for Thomas as his fears of what had happened with Bobby, morphed into a paranoia to be around Elissa. But the moment after she was rushed to hospital was so moving and emotional, and my heart filled with so much warmth and love for this poor man. How could anyone have ever accused him of the dreadful things the Whittemore’s had? It just made me hate them even more.

That hatred grew with every second the trial took place. Their lawyer was ruthless, painting both Catherine and Thomas to be horrible people and bad parents. When the bombshell hit and the final skeleton leapt from the closet, I sat in stunned silence trying to digest what I was reading. Was Sarah Whittemore really such a hateful woman? Did she really dislike her daughter that much? Or was she too cowardice to even question what she’d witnessed that fateful night? My gosh! How could a mother not want to reach out to her daughter, speculation aside, just to make sure she was okay and that no harm had been done?

This story had it all; family drama, intrigue, turmoil, heart ache, romance, bliss and joy. It showed a strange family dynamic that was a little too overbearing to the point of ripping a family apart at the seams, while another was rebuilt, stronger than ever. Although this story was emotionally draining it left me with a warm fuzzy feeling and I think anyone looking for a strong storyline with the perfect balance of highs and lows should read He Belongs To Me. 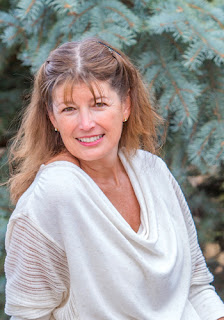 Email ThisBlogThis!Share to TwitterShare to FacebookShare to Pinterest
Labels: He Belongs To Me, JKS Communications, Review, Theresa Rizzo