The much anticipated follow up to Jack Stone - Wild Justice is finally here!!

If you haven't heard of Vivien Sparx's The Dark Master Series, then I suggest you follow the buy links provided below and grab yourself a copy of Wild Justice and newly released, Deadly Revenge!

Jack Stone is every woman's dream hero!
Sexy, mysterious and the ultimate master.

You will surrender to him!! And you'll love every minute of it! Can any woman tame Jack Stone?He's the ultimate Alpha Male hero. A mysterious, sexy man you will want to surrender to!JACK STONE - DEADLY REVENGE
A missing woman feared dead, and her sister desperate to find her. How can Jack Stone refuse?Called to California Stone discovers the sordid secrets of Heston's Cove and the dangerous man who deals in women, sex and slavery.
A story of Aprox 47,000 words.

"When you start Jack Stone, make sure you have nothing to do for a few hours – you won’t be able to put it down. I don’t know what I like more – watching Jack dominate in the bedroom or in a brawl."
- A Book Whore's Obsession Blog

'Jack Stone reminds me a little of Jack Reacher, the hero of so many Lee Child Bestsellers. Jack Stone and Jack Reacher are very different characters with a lot of the same qualities.'
- Tyler Redge 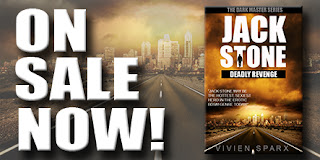 OTHER BOOKS IN
THE DARK MASTER SERIES 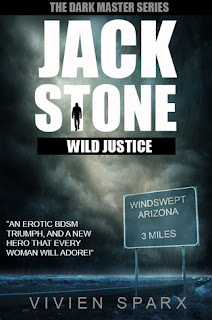 'IF YOU ARE A FAN OF JACK REACHER, YOU ARE SURE TO LOVE JACK STONE!'
- Trigg Phillips, Author.

Jack Stone is the Dark Master.
A tough man. A hard man - and he is sexy as all hell. 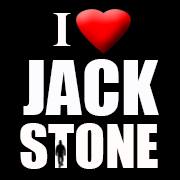 “Strip!” he said the word as a command, his voice a deep rasping growl. “Now!”

Celia’s eyes flashed with a spark of surprise and shock. Jack Stone was suddenly a very different man.

Her first instinct was to resist. Her second instinct was to question. But she saw the look in Stone’s eyes and felt a sudden clench of warm desire somewhere deep down in the pit of her stomach. She began to unbutton her blouse.

It was sheer, transparent fabric. Celia undid the last button and slipped it off her shoulders. She draped the blouse over the back of a chair and stood for a moment uncertainly.

“Yes,” Stone said. “And the slacks. Keep your panties on.”

Celia nodded. She unclasped her bra and slid it off her shoulders. Her breasts were not large. They were firm and pointed. A sudden rash of goose bumps tingled along the length of her arms and she felt her nipples hardening. She closed her eyes. She could almost feel Stone’s gaze upon her and she sensed the first stir of his interest. She felt for the button and zipper of her slacks. Tugged the pants over her hips and slid them down her thighs.

She was wearing brief pink panties. Maybe satin, or maybe silk. Stone wasn’t sure. They were cut high and trimmed with delicate lace.

Celia turned. Felt his eyes burning on her skin. Felt the clench of her own body’s wicked arousal grip tightly within her.

She turned back to face him again. Then she lifted her head and stared at him with sudden bold defiance and bravado, refusing to let her embarrassment burn her cheeks bright red.
There was a tense tight silence. Stone’s eyes slammed into her as his gaze striped down every inch of her body. He smiled grimly and prowled closer. Celia sensed the raw energy of him arc towards her like an electric current. She felt frozen in place. She didn’t dare to move. He was close – so close that she sensed the raw masculine menace he exuded like a cologne. Stone reached out and cupped the soft smooth shape of her femininity within his hand. Celia gasped in shock. His hand was possessive, demanding – as though he was casually taking hold of something that belonged to him.

Celia felt a tremble of arousal and excitement start in the back of her knee, and shake uncontrollably.

“Spread your legs – and lower your eyes,” Stone said, whispering the words in her ear with such menace that Celia obeyed him instinctively.

“Think of yourself as my property for the next twenty-four hours,” Stone said. “Consider yourself just a mouth and breasts and a tight wet body for me to use when I want, and how I want. There is no time for us to form a relationship, or to build the emotional bonds needed to create trust – so let’s just keep this physical. You belong to me. I own you. You will obey my every command, and you will spend every moment thinking of ways you can pleasure me. Use your imagination. Fill it with images of you surrendering yourself to me, and of me taking you.”

Read more Excerpts, or Subscribe to the Jack Stone and Vivien Sparx Newsletter!! 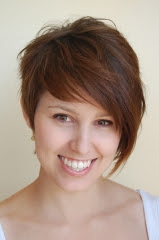 I have had a lot of feedback from my readers and the tone or my stories seems to strike a chord with fans of books like Bared to You by Sylvia Day and Reflected in You by Sylvia Day. I think everyone who reads my kind of stories has already read 50 Shades of Grey and the Bared to You Crossfire novels.
Between E L James and Sylvia Day these ladies are responsible for generating huge interest in the genre of stories I happen to write.
I am sure my stories will never reach the dizzy heights of success that 50 Shades of Grey, Bared to You, and Reflected in You have already reached... but I am having fun trying.