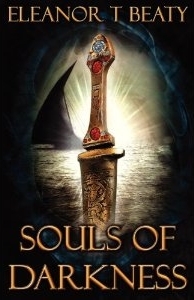 Alex’s life is turned upside down after his father’s sudden death. An old pamphlet found in his father’s belongings leads Alex and his mother, Charlotte, to a remote Polynesian island. His mother longs for a place untouched by past memories, and Alex hopes the trip will help her to heal.

Their arrival on the island elicits an eerie episode of déjà vu for Alex, and he begins to wonder about the pamphlet and his father’s past. Why did he have it? Had he been there before?

Alex senses something is off with the island. Progress is unwelcome by the inhabitants. A local girl reveals the history of the island and its dark spirits. She warns him to never be caught outside after dark, but Alex finds it all hard to believe... Until inexplicable and terrifying events begin to unfold. While digging for information, Alex finds his presence on the haunted island is not by chance. Rangur, the most evil of souls, aims to use him to acquire great power. There's only one way Alex can stop him and for that he must uncover his father's past connection to the island.

Grab your copy from Amazon:

This story started off at a very slow pace and I found my mind wandering more than once. When Alex and his mother first arrived at the island, a whole bunch of new characters came into play and I had a bit of a hard time keeping up with who was whom, and what their significance was. The main plotline was pretty simple but I think that if there had been less characters, ones that were more defined, this story wold have read a lot more smoothly. I was also confused by the fact that certain characters seemed like key players in the game but then disappeared for most of the book only to be seen once in a while.

It was only really towards the middle of the book that I finally settled in and started to enjoy the story. I was fascinated by the beliefs of the people of Mayan and there was quite a bit of mystery surrounding Alex and his connection to the island, which kept me wanting more. I also really wanted to know what the opening scene with Alex's dad had to do with the legends of the island.

I just wish I had connected with the characters on a deeper level. I also wish that the dark spirits had been a little more evil. Perhaps it was because I was so disconnected from the story that I wasn't able to truly feel their malevolence. In the end I was left feeling a little disappointed by this book. It was just that, a book that I read but did not live. 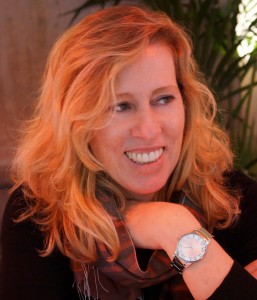 A worldly person, Eleanor was born in beautiful Brazil and spent much of her childhood in several places (Argentina, Switzerland, and the US to name a few). She holds a BA in English Literature and is published in both Brazil and Turkey.

Eleanor loves spirituality and magic – both have allowed her to gain a strong grip on life and enjoy what it has to offer. She believes that everything has a reason and understanding those reasons help us deal with the difficult moments. Eleanor currently enjoys life with her husband in Brazil.