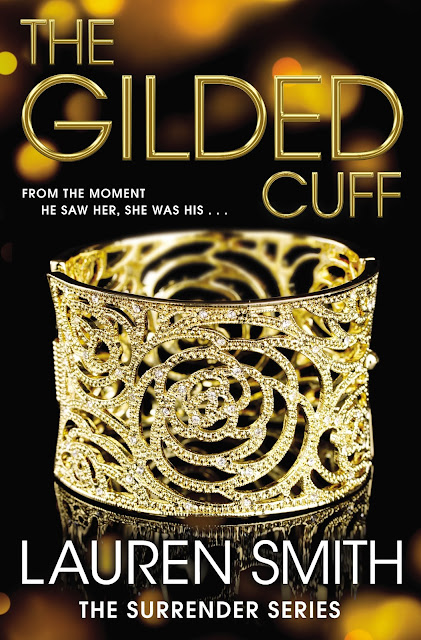 From the moment Sophie enters his shadowy, sensual domain, Emery Lockwood knows this tantalizing new little sub was meant to belong to him. However, Sophie wants more from Emery than just pleasure . . . she wants his past. And that is something he isn’t willing to give—no matter who is asking. But every moment he spends with Sophie, Emery feels his control slipping and he knows it’s only a matter of time before he surrenders to her heart, body, and soul. 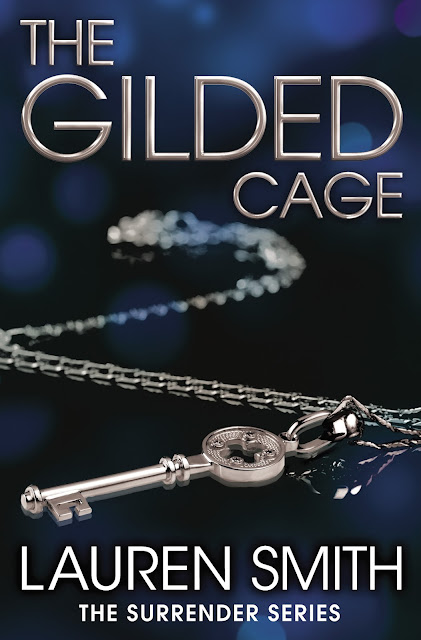 
Passion that takes no prisoners, and love that tests the limits of ecstasy . . .

Hayden Thorne knows that behind Fenn's hardened exterior is a man worth fighting for. Yet to save him from the past that still haunts him, Hayden will have to abandon every inhibition she's ever had and venture into Fenn's intoxicatingly sensual world. Each tantalizing second she spends in Fenn's searing embrace is more delicious than the last and soon Hayden begins to think that she may never want to leave such torturous bliss . . .


The Gilded Cage Read Along Ch 5-8
Short Overview of Chapters
In this set of chapters Hayden the rich socialite, and Fenn Lockwood the bullrider meet up with Hayden’s brother Wes. Wes was childhood friends with Fenn before Fenn was kidnapped and it has been 25 years since the two men have seen each other. The three of them have a discussion about whether or not Fenn will return to Long Island to see the family he’s lost and he doesn’t want to go. Instead, he chooses to ignore the issues staring him in the face and he goes to a neighboring town to buy some supplies for the ranch. Hayden goes with him, hoping to soften him up about the fact that he was born to another life, one far from the one he’s been living. She and Fenn have several conversations about his twin brother Emery, and his parents and the life he would have had and she starts to realize what his life here in Colorado means to him.
Favorite Lines:
-          There was nothing better in the world than waking up with a beautiful woman in your arms.
-          Fenn had always been a dominant lover, but there was something about Hayden—the way she pushed him, defied him. He wanted to dominate her that much more. Not break her, never that, but the fire she possessed, especially toward him, fueled his own arousal beyond anything he’d ever felt. The need to brand her as his was overpowering.
-          Fenn clenched the edges of the wooden table until his knuckles were white. Did no one understand what he was going through? His whole world was crumbling to dust around him. His belief in who he was as a person was fracturing like cracks across the surface of a mirror. A thousand new faces seemed to be staring back at him, forcing him to consider that the life he had lived up until now was an absolute lie.
-          Fenn was lounging against the wall by the bed, holding up her red dress as though scrutinizing it. There was something sinful about the sight of him next to the bed. It made her think of all the things they could do together…She swallowed hard and tried to ignore the flush on her skin.
“How you women fit into these little things is beyond me. This thing barely covers your assets.” He looked at her and grinned. “And I do mean assets.”
“Ha, ha. Hands off my Valentino, cowboy.”
-          Outside, Fenn was near the old red pickup truck and Hayden’s breath caught in her throat. There was something incredibly seductive about a tall man in blue jeans, the wind making his shirt hug his trim waist and broad shoulders. So much about him was a mystery, and that made him all the more enticing. A secret part of her had loved it when he’d held her close, but she didn’t want a man controlling her. Anyone with that kind of power was dangerous to her, especially to her heart.
-          Surrender. He would take it, and it would be sweet, so incredibly sweet for both of them. He also knew things would never be the same again if they both gave in to this passion that kept building between them. Like an unstoppable force, an avalanche, they would get swept away, but afterward everything would be different and he wasn’t sure if he was ready for that. Any man who was with Hayden for more than a few minutes would know she wasn’t a woman you’d walk away from. She was a woman worth keeping.
Fun Facts and Challenges of writing these chapters:
-          One of the funniest parts of this set of chapter is the humor I got to write into the story. Hayden falls asleep in Fenn’s trailer and Wes comes in to find her and Fenn spooning. He and Fenn get into a fistfight which is reminiscent of when they were boys and used to tussle. Even though Fenn doesn’t fully remember who Wes is, he gets glimpses of the boy he once knew and it’s a bittersweet moment for them both after the rather funny fight scene.
-          This is also where Callie and Jim the Taylors, the family that has been part of Fenn’s life really get to shine through as Characters and I had the chance to set Callie and Wes’s future romance up as well so readers will be excited about The Gilded Chain when it comes out in October of this year.
-          Another fun part of the story is when Hayden insists she’s going to accompany Fenn to the store for supplies and she is so eager she just leaps into his truck seat and squishes his favorite hat and as she later learns, it’s his only hat. She then gets to tease him about being grumpy. It’s fun to see both of these usually tense characters at ease.
-          A fun bit of trivia for these chapters is that one of the stories Flint & Sons they visit for supplies and clothing is inspired by area western outfitters store in Steamboat Springs where I loved to visit and try on cowboy boots just like the type Hayden wants to try on when she goes to the store.


About the Author
Amazon best-selling author Lauren Smith is an attorney by day, author by night, who pens adventurous and edgy romance stories by the light of her smart phone flashlight app. She’s a native Oklahoman who lives with her three pets—a feisty chinchilla, sophisticated cat and dapper little schnauzer. She's won multiple awards in several romance subgenres including being an Amazon.com Breakthrough Novel Award Quarter-Finalist and a Semi-Finalist for the Mary Wollstonecraft Shelley Award.
Website  Facebook  Twitter


What Is That Book About


A girl and her books


Revenge of the Feels


A girl and her books


One Guy's Guide to Good Books


Books Can Take You There