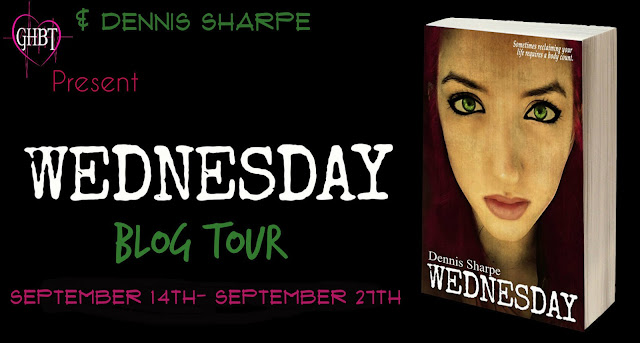 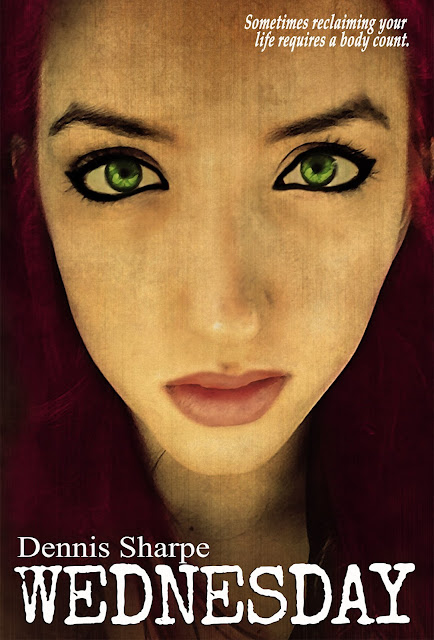 “When everything in life has been against you, who can blame you for not playing nice with others?

My name is Wednesday. For the last seven years, I was the property of a sadistic bastard named Klein. Now he wants me dead- only he doesn’t have the balls to kill me himself.

Alvin, the hitman Klein sent to do his dirty work, decided to save my life (repeatedly) instead of taking it. Now we’re on a wild cross-country run from Klein’s goons.

It’s a rollercoaster road trip with constant personality clashes as we dodge bullets and swap cars, share fast food and cheap motel rooms. Our journey is full of pain and laughs, torture and growth, tacos and lots of guns; there’s a lot of hair dye, blood, and tears. Sometimes finding true redemption comes at a high cost.

And, no matter how much someone cares about you, they can only do so much… can only go so far. You are your only real shot at coming out on top.
Sometimes reclaiming your life requires a body count. 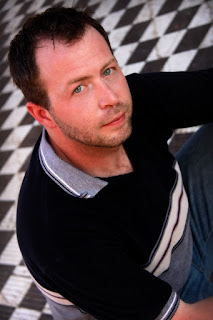 About the Author
Born and raised in the middle of the American Midwest, Dennis Sharpe has been a writer as long as he can remember. His mother has told many people about the fantasy and science fiction stories he'd write on scraps of paper, and staple together as his 'books', before he'd attended his first day of formal education.
He has spent many late nights at diners and dives, drinking coffee with a tattered notebook to put a voice to his feelings of himself and the world around him, and other worlds that can exist only in fiction. The voices in his head don't ever stop talking to him, and so sooner or later he has to get out onto a page all that they've filled him up with.
Inspired by Neil Gaiman, Kurt Vonnegut, Frank Miller, Chrissie Pappas, Charles Bukowski, Stephen King, Issac Asimov, and countless classic literary influences, Dennis continues with the ability to write what at a glance might seem absurd, but quickly begins to resonate with our own thoughts and emotions. He writes people we know, love we've known and lost (and found again), and places we've been in our lives and in our heads. Even his fictional characters and worlds carry enough of the grey areas we experience in day-to-day life, to let us find the truth in his words, no matter how fantastic.
These days he can be found still writing, drinking coffee with friends, or spending time with his children (the true joys of his life), in Western Kentucky.