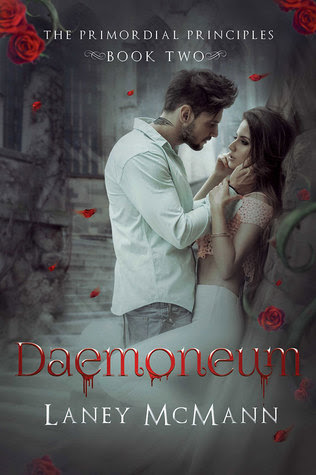 
Boulder, Colorado is too quiet, and no one needs to remind Cole Spires how unnatural that is.
In the aftermath of Dracon’s death, the Daemoneum have gone into hiding. Every known Hive has been shut down and evacuated, and for the first time in Cole’s memory, the Brotherhood, Kinship, and all common houses across the country and abroad are considering lockdown. Leygates are being systematically closed around the world, and the Primordial are waiting …
In the bunker underneath the Brotherhood, Kade Sparrow is as safe as she can possibly be, or that’s the idea, but no one can explain how her Astrum necklace found its way into her bedroom. There were no footprints, no traces of breaking and entering, no evidence of any kind that someone had infiltrated the Brotherhood common house. Yet the necklace still sat on her night stand, wound in a perfect circle of gold, the tiny star glinting on its chain. And the only person who could have put it there … is dead.
In the second installment of The Primordial Principles, strange occurrences are happening across the globe. Relationships will be tested, old players will become new, foes will turn into allies, and an unlikely adversary will force Cole and Kade to go on the run.
As the fallen rise, the Primordial must unite as one.
Or all could be lost.

SNEAK A PEEK AT DAEMONEUM
“Promise me something?” Cole whispered against her mouth, his hand gripping hers tighter.
“Anything.”
“Don’t let go.” His free hand whipped to the side, and a geyser of pure red energy erupted from the ground at their feet. The sound rushed in Kade’s ears like hurricane force winds, and her free arm immediately went around Cole’s waist, holding his body tight against hers. “Close your eyes.”
She did, and he kissed her again, hard. His warm lips parted her own, his tongue found hers, and Kade yielded to him completely, their bodies molding together. The swirling gush of energy consumed them in a spinning crackle of deafening electricity.
Kade’s body lifted from the ground, and spun, pressed against Cole’s, and he never stopped kissing her, only pulled her closer, tighter, as they disappeared from the field, from Colorado, from everything she knew.

Laney McMann is the author of The Fire Born Novels, The Primordial Principles, and The CrossWorld Chronicles (coming soon) 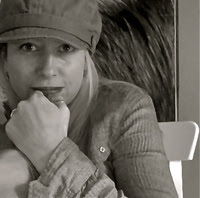 The product of very creative parents and the most imaginative grandmother ever, she has an untapped passion for the supernatural and all things magical. Her voracious appetite for reading fantasy started really young ~ and so did her love of words.
She writes young adult dark urban fantasy novels mixed with a spike of romance, a hint of history, a dash of mythology, and lots of paranormal.
On the non-writing side of life, Laney is a former classical dancer, music snob, chef, and a right-brained thinker to a fault. When she's not dreaming up new dead ends to torture herself with, she spends her time running and playing her music way too loud.
Laney is published by J. Taylor Publishing and formerly by Booktrope Publishing.