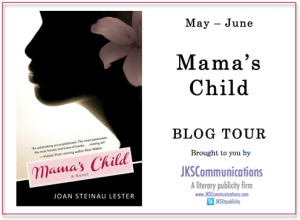 
A Novel
by Joan Steinau Lester


A stunning tale about the deeply entrenched conflicts between a white mother and her biracial daughter.

For 30 years, award-winning author and educator Joan Steinau Lester has been on the forefront of defining and redefining what it means to be diverse. In her second novel, MAMA’S CHILD (Atria Paperbacks; 978-1-4516-9318-8; May 7, 2013; $15.00), she explores racial boundaries and melding points. Once again, as in Lester’s critically acclaimed novel Black, White, Other: The Search for Nina Armstrong, a biracial daughter struggles with her own issues of identity.


MAMA’S CHILD follows twenty-three years in the life of Lizzie O’Leary, an idealistic young white woman who travels to the American South as a civil rights worker. She meets, falls in love with, and marries Solomon Jordan, a musician and fellow activist, who is black. Together, the young couple settles in the more liberal San Francisco area and starts a family: daughter Ruby, and son Che. They remain deeply involved in the Black Liberation Movement: participating in protest marches, and living in a home filled with Black Power posters, jazz, protest songs, and visiting Black Panthers.


But by 1978, when the novel opens, there is tension between the couple. Solomon’s music career keeps him away from home too much, and Lizzie is frustrated: “I need you here. I can’t raise these kids by myself. And they need a black parent, some days I just don’t know what to do.” Eventually, the strain becomes unbearable, and they divorce when their children are still young.


Their divorce deeply affects daughter Ruby, who is already suffering from a confused sense of self—“Am I black or white?” she continually asks herself. “Where do I belong?” She struggles with her own racial identity as well as her anger at her mother for splitting up the family. As for mother Lizzie, despite her attempts at trying to hold on to the emotional cord that binds them, the rift between mother and daughter widens.


It isn’t until Ruby herself becomes a wife and mother that she begins to develop compassion and understanding for the many ways that her own mother’s love transcended race and questions of identity.


Told in chapters alternating between the voices of the mother and daughter,


MAMA’S CHILD goes deep into the raw emotions of love, family, and ancestry– from two points of view. 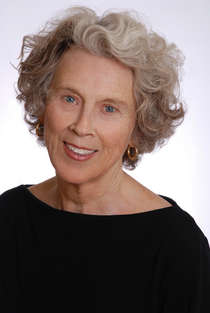 Dr. Joan Steinau Lester is an award-winning commentator and author of four critically acclaimed books: Eleanor Holmes Norton: Fire In My Soul; The Future of White Men and Other Diversity Dilemmas; Taking Charge: Every Woman's Action Guide; and her first novel, Black, White, Other: The Search For Nina Armstrong. She has won the NLGJA Seigenthaler Award in journalism and the Arts & Letters Creative Nonfiction Finalist Award. Taking Charge was nominated as a Best Women's Book by the San Francisco Women's Heritage Museum and Mama's Child was a Bellwether Prize finalist.


After receiving her doctorate in multicultural education, Dr. Lester served as the Executive Director of the Equity Institute, which pioneered the diversity wave of the '80s and '90s, for sixteen years. As a member of a biracial family, Lester’s lifelong passion has been writing about issues of racial identity. Her former husband and father of her children was black; she has been with a female partner/spouse for over thirty years. Lester’s writing has appeared in many newspapers and magazines, including 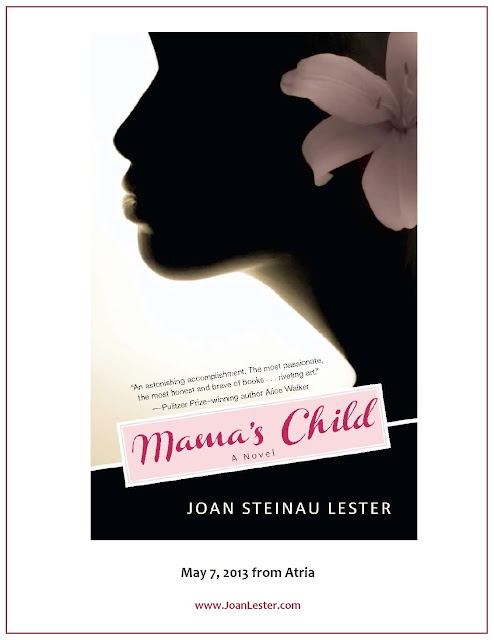 
A stunning tale about the deeply entrenched conflicts between a white mother and her biracial daughter.


Mama’s Child is story of an idealistic young white woman who traveled to the American South as a civil rights worker, fell in love with an African American man, and started a family in San Francisco, where the more liberal city embraced them—except when it didn’t. They raise a son and daughter, but the tensions surrounding them have a negative impact on their marriage, and they divorce when their children are still young. For their biracial daughter, this split further destabilizes her already challenged sense of self— “Am I black or white?” she must ask herself, “Where do I belong?” Is she her father’s daughter alone?


As the years pass, the chasm between them widens, even as the mother attempts to hold on to the emotional chord that binds them. It isn’t until the daughter, Ruby, herself becomes a wife and mother that she begins to develop compassion and understanding for the many ways that her own mother’s love transcended race and questions of identity.


Order from Simon and Schuster


“An astonishing accomplishment. The most passionate, the most honest and brave of books… riveting art.”
— Pulitzer Prize-winning author Alice Walker


“Lester’s poignant narrative probes the relationship between a mother and her biracial daughter...Lester writes well about a subject familiar to her: She’s a member of a biracial family, and her previous book, geared toward young adults, addresses the same issue. No matter a person’s ethnic or cultural background, this book is relatable.”
— Kirkus Reviews


“Mama’s Child is a deeply felt novel of a daughter on a quest for selfhood and a mother striving to come back to her own. Through alternating perspectives, Lester sensitively illuminates the challenges of living in a world still viewed through the filter of race. This is reminiscent of Alix Kates Shulman’s Burning Questions (1978) in terms of a woman’s consciousness awakening through a historic social movement.
— Booklist


“Mama's Child is a welcome addition to the growing body of mixed race literature. Joan Steinau Lester's innovation is a shift in gaze from the experience of the confused child to the often-overlooked, complicated white mother. It's a turn that's long overdue.”
— Emily Raboteau, author of Searching for Zion


“A stunning portrait of a family amidst the agony of recovery from near-drowning in the sea of racism.”
— Jewelle Gomez, novelist & playwright

AND FOR JOAN LESTER’S PREVIOUS WORK


“The simple contrapuntal narrative of Sarah Armstrong’s escaping slavery distinguishes the book emotionally and psychologically, raising it above other issue oriented Young Adult novels. Lester writes with social sensitivity and an ear for teen language and concerns. This is engaging treatment of a challenging subject that comes with little precedent.”
— Starred Publishers Weekly Review

“The tenderness and truth of your book moved my heart. As well as the enormous love you have.”
— Alice Walker


“Made me more aware of the challenges biracial teens face.”
— A Few More Pages

“Insightful and engaging...Black, White, Other rings true from Page 1. It hooked me very quickly and I think anyone who's felt different as a teenager or has gone through a divorce can empathize with what Nina is going through. This novel is going to appeal to teens and adults alike.”
— PopcornReads.com

“Teens will be caught by the alternating stories, and yes, by the messages about...prejudice, then and now, which will make for great group discussion.”
— Booklist

“Joan Lester knows how to get inside a girl’s head. Nina feels like someone you know or really want to know. Readers will cheer her one as she faces the fundamental question of who she is and who she wants to be.”
— Marissa Moss, author of the bestselling Amelia's Notebook series.

“Lester’s thorough portrait is a compelling and inspiring homage to a legacy still in progress.”
— Publishers Weekly

THE FUTURE OF WHITE MEN AND OTHER DIVERSITY DILEMMAS


“In its chatty, no-nonsense way, puts all the taboos on the table...it’s tricky territory, but in Lester’s hands, the paths are clear.”
— San Francisco Chronicle