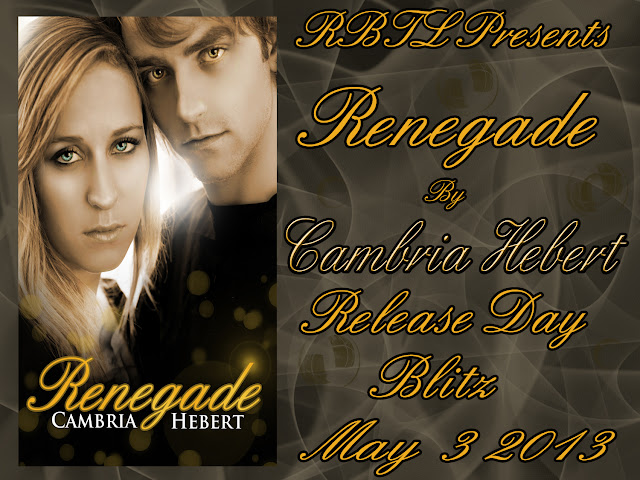 Today is a very exciting but also very sad day, because today we celebrate the release of Renegade by Cambria Hebert...

To celebrate such a bitter sweet moment, the entire series of full length novels have got all dressed up for the party in new and shiny covers!!
Check them out below! 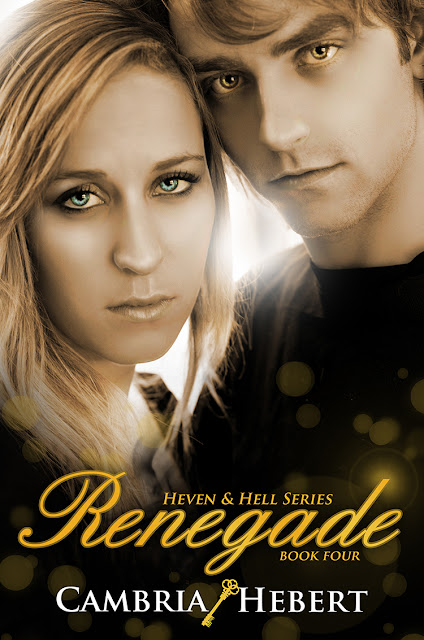 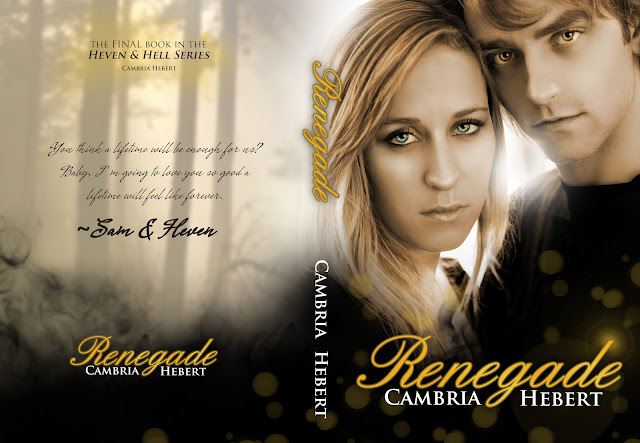 I’ve been beautiful. I’ve been ugly. I’ve died. I’ve been brought back. I’ve had abilities awakened within me. My strength has been tested. My beliefs have been tested.
Yet I stand.
What’s next when you’ve pretty much experienced it all?
The end.
Sam and I are picking up the pieces. We’re trying to come to terms with all we’ve lost. And as much as I would like to hide my head, ignore the reality I live every day, there is no forgetting.
Riley is in hell—I’m still not sure of his agenda. My mother’s past haunts me. And Kimber… Kimber is being herself. Cole sneaks glances at Gemma and she returns them when she thinks I don’t see.
But I do.
When Beelzebub escapes he brings his war to places I never thought he would. Earth. Maine. Home. Now everyone and everything is at risk. This has become bigger than my circle of friends. This has become bigger than me. I have to finish this. I have to find a way to stop him, to finish this war.
I just pray we will all be left standing in the end.

For a limited time only, grab Renegade for $0.99
Click on the picture below to get your copy today!!

Be sure to hop on over to Cambria's Website as she has more exciting news about the Heven & Hell series! She also has another fantastic giveaway for you to enter :)

Check out the other stops in the Release Day Blitz

OTHER BOOKS IN THE
HEVEN & HELL SERIES 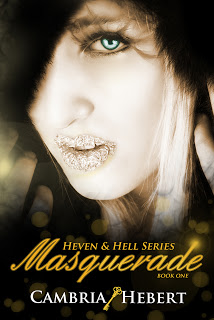 I'm disfigured. Scarred. Ugly.
When I look in the mirror, I see a stranger. When I look over my shoulder, no one's there…
Yet I feel watched. Hunted. Afraid.
And then he tells me I’m beautiful.
He tells me I’m safe.
I believe him.
Until someone tries to kill me.
Secrets abound, danger is near, and still… my heart desires a boy with whiskey-colored eyes and far too many secrets.
Secrets that could cost me my life.
To stay alive I have to look deep, beneath the masks everyone wears, to find the truth.
To find myself. 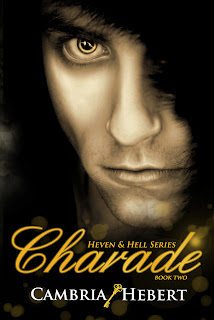 Dying at the hands of a psycho was a shock. Having my life returned to me by an angel was incredible. Being named a Supernatural Treasure and being given Sam as my guard was pretty darn awesome. Acquiring a debt for it all - well, I should have seen it coming. Now here we are, fighting demons from hell, caring for a boy that I just don't trust and traveling to faraway places to return a treasure to its rightful place. Nothing is as it seems. Everyone wears a mask, everyone puts on a charade. It's up to us to separate the truth from the lies and reality from fiction. A hard task when my new reality involves fallen angels, witches and dragons...and did I mention hell? Anchoring me down through it all is Sam. Sam who must face tragedies of his own and is put to the test again and again. If we fail in our task, life as we know it - life as you know it - will end. Forever. 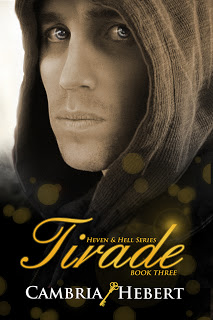 Minutes and hours stretch into days. How long can Sam survive being confined in Hell? I have a plan… a plan with a lot of holes. I need someone who can make up for my weaknesses, someone who possesses the power that I lack. Riley is supposed to be off limits. He’s dangerous, he’s mean and he’s not to be trusted. But I do.

Beelzebub is on a tirade, bent on revenge. I took what he wants and sent him into the flames. I will wear the scars of his punishments forever. But scars don’t scare me anymore.

On my way to free Sam I find my true path, a secret place and new allies. But in Hell nothing is easy… and everything is cruel. The only thing left to do is survive.

Grab all the books in the Heven & Hell Series

Cambria Hebert is the author of the young adult paranormal Heven and Hell series and the Death Escorts series. She loves a caramel latte, hates math and is afraid of chickens (yes, chickens). She went to college for a bachelor’s degree, couldn’t pick a major and ended up with a degree in cosmetology. So rest assured her characters will always have good hair. She currently lives in North Carolina with her husband and children (both human and furry) where she is plotting her next book. You can find out more about Cambria and her work by visiting http://www.cambriahebert.com