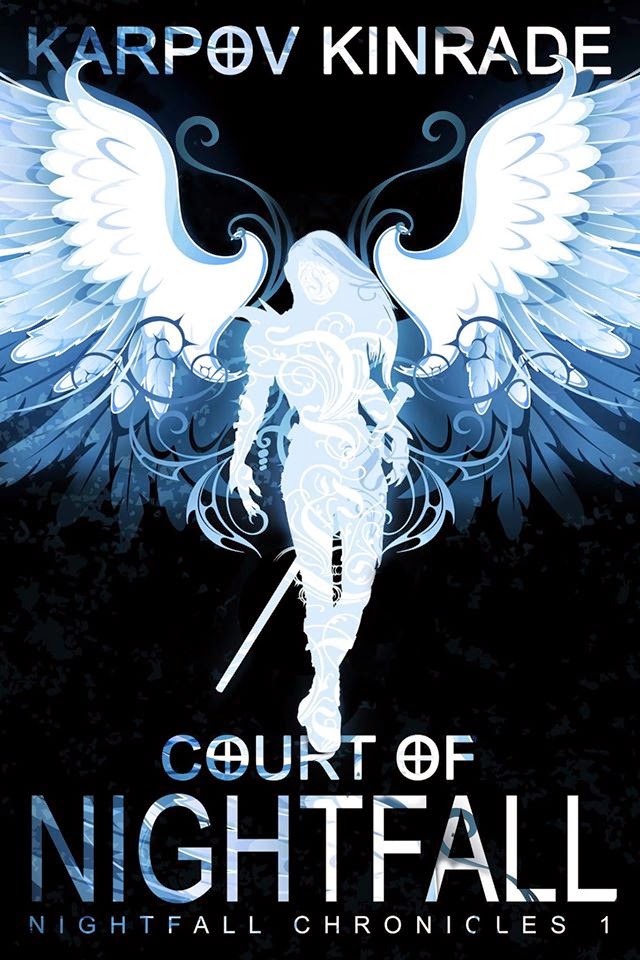 I've spent my life in shades of grey. It wasn't until I died that my world filled with color.

That night, I still lived in black and white. There was a full moon. Full and looking as if it had been rolled in powdered sugar then plopped back into the sky, so that a white dusting shone around it like a halo.

I've never believed in monsters, or any of that nonsense. Never believed that the dark could be scary. Until that night. Now I know the truth, but it is shrouded with lies. Now I can see the world in color, but it is covered in shadows. Now, I must find the monster that killed my parents. And when I do, I will use my new powers to seek vengeance. A life for the lives that beast stole from me. I am no longer just Scarlett Night, the color-blind girl who dreams of flying.

Now, I am Nightfall—a fallen angel with a lust for blood. And I shall have my revenge.

This is volume 1 of a 6 book volume Chronicle, which is the first in the Nightfall Chronicles.

A thrilling start to what I expect to be a spectacular series from the bestselling duo, Karpov Kinrade, I was instantly sucked into this story. I will admit, though, that this book was quite different from what I was expecting. I imagined it to be purely fantasy based, with paranormal beings in a fantasy world, so I was pleasantly surprised to find it took place on earth, and had a great mix of normal and paranormal beings.

Scarlett was likable from the very first second she was introduced. The struggles she faced in her desire to reach her dream gave her an innocent, human quality, however, her determination to see her dreams come true, not matter what stood in her path, showed a more fierce individual; one to be respected. And this fierceness showed through in every decision she made throughout the book.

Everything seemed pretty normal for Scarlett, until it all fell apart, and she realized her life had been built on secrets and lies. Thrown into a new existence, having to face many changes and to accept the truths that had been hidden from her, Scarlett had many choices to make. Although, on the outside, the Orders seemed to be fighting for the right cause, deep within the walls of Castle V, there was plenty corruption and deception, making me wonder if they could be trusted in any way. And then there was Zorin, a being she never would have imagined teaming up with. It felt like Scarlett had more faith in him than she did in, Jax, her lifelong friend. I could, however, understand her hesitancy in trusting someone who had lied to her and kept secrets; some of Jax’s behaviour was questionable, even though he, in his own way, seemed to after the same outcome as she was.

In a fight for truth, freedom and justice, Scarlett and her new alliances have a great battle before them. One I am only too eager to see come alive in the pages of the other books in this series. Part X-men, part Nikita, this book was filled with suspense and intrigue – and by that epilogue, this story is a twisted web of lies just waiting to be unravelled.