Blog Tour: Excerpt + #Giveaway: Hundred to One by Freya Barker 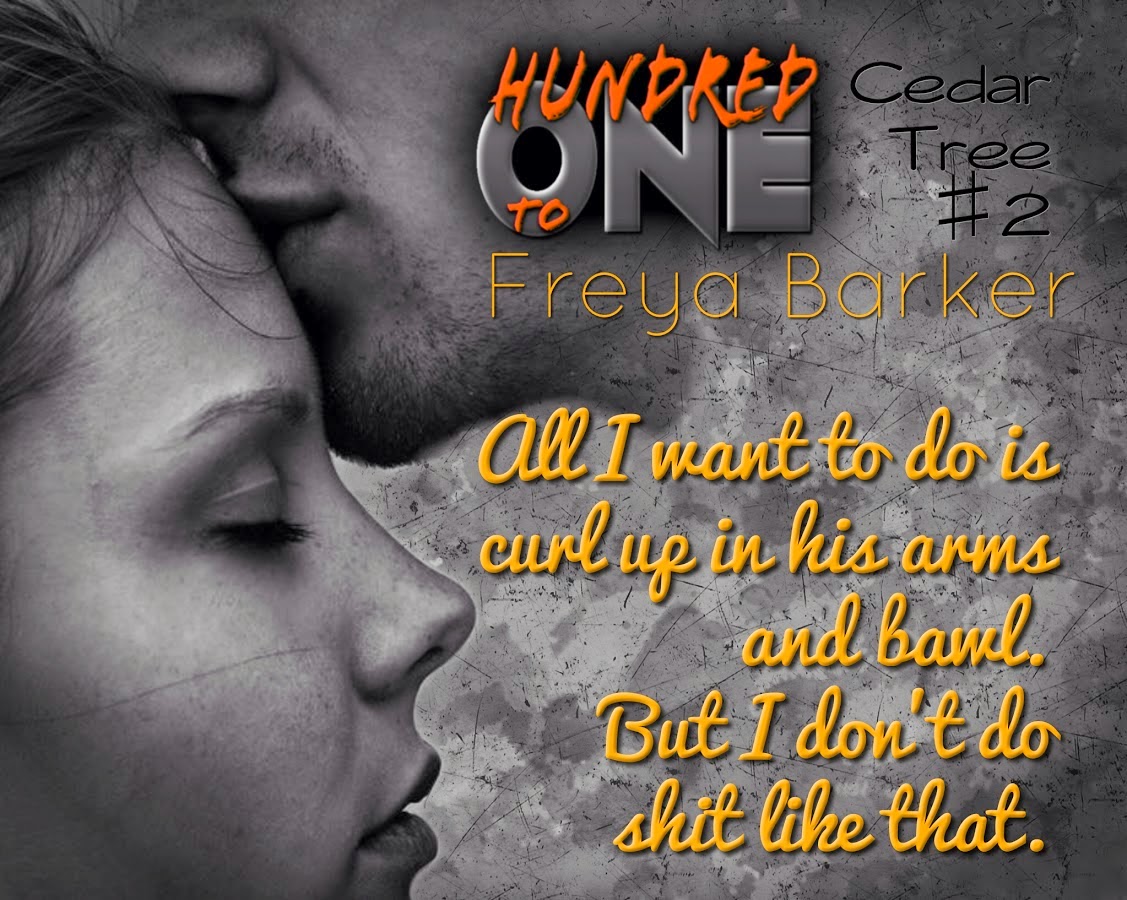 Arlene Bowers is as tough as nails. She has survived a less than perfect marriage, managing to move past it to run her own diner. Her abrasive exterior has always been a way for her to hide behind the darkness and pain that she has endured, but a recent, violent attack and several disturbing phone calls have that tight hold on her emotions wavering. Seb Griffin showed up in Cedar Tree eight months ago and was hired on at Arlene's Diner as a cook. An ex-con with secrets of his own, Seb walks a fine line. Since he began working at the diner, he's developed feelings for his fierce, stubborn boss, and the need to keep his distance from her, to protect her, is a daily struggle. When it appears that Arlene's past has come back, rearing its ugly head while her defenses are low, Seb steps up and claims responsibility for Arlene, praying that he can keep her safe from whatever is coming her way. Slowly becoming aware of Seb's solid body resting on mine, his hips wedged between my legs, I can feel my heart rate pick up. Without much conscious effort, my hands  that were loosely holding on to the sides of his shirt, start making their way around his back, following every curve of his anatomy. I spread my fingers wide, trying to keep maximum contact as I slide them up to grab his shoulders and attempting to pull him down on me further. I don't want to break eye contact, but I suddenly want his mouth on mine desperately. With a deep growl he tilts his head to the side and slams his mouth on mine with a hunger that leaves no doubt he wants me equally bad. One elbow rests beside me in the pillows of the couch keeping some of his weight off me, while the other starts a slow but firm perusal of my neck, shoulder and down to my breast, where he encounters a nipple peaked so tight it is almost painful. With another loud groan that our fused lips drown, his hand changes position and starts at my waist, sliding up under my shirt impatiently. Pushing my utilitarian bra out of the way he rubs the palm of his hand over the hard tip of my breast, almost causing me to jump off the couch, the sensation is so electric.
"Oh God, Seb…," escapes my lips as I tear away from his mouth, overwhelmed by sensations.
"Easy, Babe. I've got you," he says, shifting his attention and his nimble tongue to my now exposed breast.
I arch my back off the couch trying to rub more of myself against him, getting frustrated with any distance remaining. A blind need is making me wiggle my hips against his, where they are wedged between my legs.
"Am I gonna find you wet, Spot? I put my fingers inside you?" With his dark eyes fixed on mine he is willing me to answer, but all I can do is nod. The sounds I'm emitting are breathy and mostly incoherent. Fuck. I've never been this needy. This eager.
Seb eases his hand in the jeans that have become too big on me lately, playing through the patch of curls before finding me slick as promised. 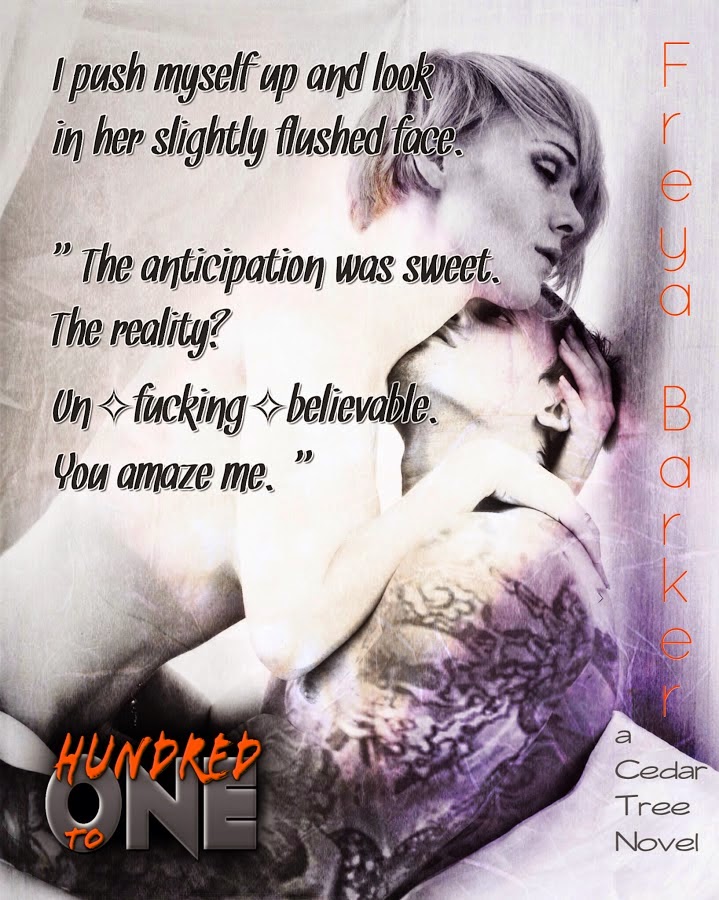 Freya Barker has always been creative. Involved in music and dance when she was younger, she followed it up with cake design, quilting, and has most recently added cover design, the Dutch-born Canadian mother of two now has found her voice - writing. Freya Barker is the pen name for a well-respected reviewer/blogger, who has a strong following on her blog, Facebook and Goodreads. As an avid reader, the next step to pen a book of her own seemed natural. Driven to make her story about 'real' people, Freya writes about people who are perhaps less than perfect, but just as deserving of romance, hot monkey sex and some thrills and chills in their lives!