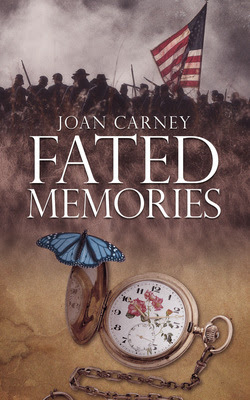 
A woman, a war, a vision of the future past…
Burdened with the scars of a tortured childhood and a shattered romance, Kitty is being forced to resign from the dull, anonymous job she’s been hiding behind. With her life in shambles and her friends moving on without her, she jumps at her cousin, Maggie’s, invitation to visit. However, Maggie’s new boyfriend, Simon, has a secret that accidentally hurls the trio a hundred and fifty years into the past. Trapped in the midst of the bloodiest war in American history, the events that unfold will require more mettle than Kitty’s ever had.

Goodreads / Amazon / Barnes & Noble
EXCERPT
Kitty’s hands shook and her vision blurred with tears. It didn’t matter. After having read the short note three times, the words ‘… transfer to the second floor’ had been engraved on her brain. She’d found the letter in her mail slot at the hospital where she worked, just this morning. That’s Richard’s floor! The wound from their breakup still scarred her heart. What do I do now? Quit my job?
The elevator doors opened and Richard Delaney stepped off surrounded by his physical therapy staff, who were tittering at one of his clever quips. Kitty wheeled around, making a beeline for the restroom. She couldn’t let him or those bitchy nurses see her cry. In her haste to become invisible, she miscalculated the corner of the wall and, smacking her shoulder against it, bounced back flat on her ass. Silence washed over the unit as everyone’s eyes turned to her.
Flushed with embarrassment, she scrambled to her feet, faced her audience and curtsied. “I’m here all week, folks, don’t miss the show!” Then she burst through the lady’s room door.
Kitty locked herself in the stall, working to salvage her dignity while dialing her cell phone for her pillar of strength; the one who always knew what to do.
“Ma?” Despite her efforts to control it, her voice still shook.
“Kitten, honey, are you crying? What’s the matter, are those silly boys in school teasing you again? Should I go speak with the principal?”
“Funny, Mom, no I only need to talk to someone. Remember when I told you the hospital makes the ward clerks reapply for their jobs every few years so they can weed out the ones they no longer want? Well, it’s that time again. I got my take-it-or-leave-it offer today and it says they’re bumping me from the step-down unit, to the pits of the med/surg dungeon. If I don’t accept it, I’ll be out of a job. I don’t know what to do.”
Silence.
“Mom, are you still there?”
“Yes, I’m here.” She blew out a long breath. “Kitty, you’re a smart lady, but if you don’t respect yourself enough to stand up and take charge of your life, you’ll always be at the mercy of others. Remember, the choices we make follow us and decide our fate.”
“I know, Mom, but…”
“The best advice I have for you, sweetheart, is to move home with us so you can go back to college and learn more marketable skills.”
Kitty had battled with them before over this. In her mind, living with her parents at her age was the same as having a big red letter “L” tattooed on her forehead. “I see, okay. Um, I have to get back to work now. I’ll talk to you later, Ma. Thanks for listening.”
As she washed off the mascara tracks from her tears, she studied her reflection in the restroom mirror, mulling over the misery that was her life. You’re almost thirty years old, Kitty Trausch, what have you got to show for it? A man? Not since Richard dumped me last year. A career? More like a crappy job that’s become unbearable.
Kitty remembered her mom’s mantra “When the world gets rough,” she’d say, “remind yourself of the good things you have.” She thought hard for a positive slant, but only came up with her prized closet full of shoes and salvation from her acne plague. Great, at least that and two-seventy-five will get me on the subway. Oh, and one more good thing. Rooming with Sonia allowed her to walk the short distance to the hospital and not have to ride the train from Tuckahoe to Manhattan. Wow, I’m overwhelmed with gratitude. 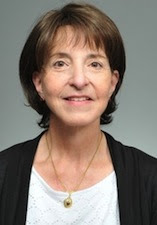 A transplant from the Bronx to San Diego, Joan’s lucky number is four. She has four children, four grandchildren, drinks about four cups of coffee a day, and is now enjoying her fourth career as a novelist. When not planted in front of the computer writing or doing genealogy research, Joan enjoys spending time with family and friends and volunteers at the local church.