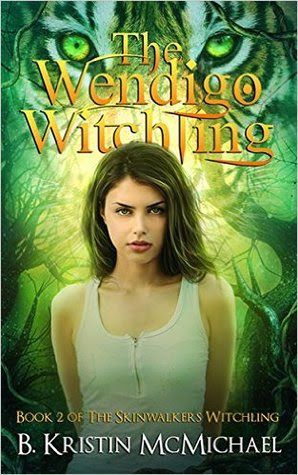 
Cassie is part of it now. Turns out, she may not want to join the coven, but that’s exactly what she did when she bonded herself to Nate. Rather than face the ordeal of joining the clan, Cassie finds it’s time for a road trip with her best friend, Whitney. The road trip was to get away, maybe learn a bit more about night humans—it wasn’t to find a deep dark secret hidden in Whitney’s past, one that may hit a little closer to home than Cassie wants to admit. With their road trip cut short, it is time to confront everyone about the lies that had been their lives, but Cassie soon finds out home isn’t exactly how she left it.
Where have all the witches gone? She’s the only witch left in town when they return. Soon she is dragged into more than she bargained for and she has to make choices that will change everything. She’s finally given a choice: does she want to be a skinwalkers witch or a wendigo witch? Too bad there are more secrets than answers. Without all the facts, can she really choose her life’s direction? Time isn’t on her side as she has to make a choice. Now she just hopes it’s the right one.

Goodreads / Amazon / Barnes & Noble / iTunes / Kobo
EXCERPT
The boy glanced down. “Entry denied,” he read out on the machine.
“Denied?” Cassie asked in disbelief.
“You’re not just a day human,” the boy replied, pointing to the scanner which had just tried to eat Cassie’s hand. “Anyone who is part of a ruling family must seek permission to visit before coming so that the proper welcome can be made.”
“I’m not part of any ruling family,” Cassie replied. What is he talking about?
“Ugh,” Whitney groaned. “You’re Than’s mate and thus part of the ruling family. I didn’t think about that. I figured your family or mine had called ahead of us and wanted us home. They didn’t, but this …” Whitney shook her head like she should have guessed as much.
Cassie groaned, too. Their road trip was being cut short. She just wanted to get away, and now that was being foiled by Nate, and he wasn’t even there.
“Well, technically, she isn’t part of the family yet. She has yet to complete all the bonding rituals and right now is still under her own family,” Whitney added, batting her eyes and using her movie star looks to try to win over the guy.
“Completely true,” Cassie added, trying her best to imitate her friend and her “pretty please” face.
The guy glanced first at Cassie, and then at Whitney. He gave in. “I need to verify this with my boss,” he said before he turned and walked away. 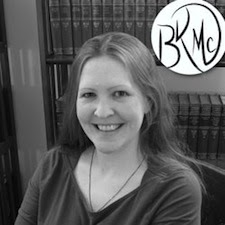 B. Kristin McMichael graduated with her PhD in biology at Ohio State where she worked as a scientist before taking her passion of writing full-time. Besides writing, she enjoys chasing her kids, playing outside, and baking cookies. She lives in Ohio with her husband and three children.
B. Kristin is the author of YA and clean NA paranormal fiction. Her "Night Human World" includes the YA series "The Blue Eyes Trilogy" about a midwestern girl who comes of age in a world of battling vampire clans, the "The Day Human Trilogy" that takes place among the Appalachian Sidhe fairies, and "The Skinwalkers Witchling" trilogy that follows an apprentice witch in the Pacific Northwest. She's also the author of the NA paranormal time travel romance series "The Chalcedony Chronicles".
The Chalcedony Chronicles: http://bkmc.me/Book1Carnelian
Night Human World Series:
-The Blue Eyes Trilogy: http://bkmc.me/LegendoftheBlueEyes
-The Day Human Trilogy: http://bkmc.me/DayHumanPrince
-The Skinwalkers Witchling: http://bkmc.me/TheWitchlingApprentice
For more information on all of her books, visit http://www.bkristinmcmichael.com
Subscribe to her mailing list for new release notifications and deals: http://www.bkristinmcmichael.com/list