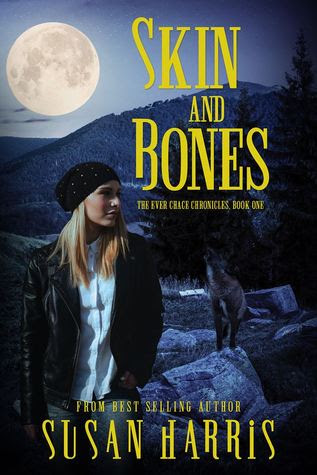 
Teens are turning up dead, and it will take a special team to catch a killer.
Derek Doyle has been a member of the Paranormal Investigations Team since the monsters revealed themselves to the world. Considering that he thinks a monster is needed to catch a monster, he’s definitely in the right place. As a lone wolf not used to letting many people in, neither man nor beast was prepared for the effect consultant Dr. Ever Chace has on them.
Growing up human in a world of supernatural creatures, Dr. Ever Chace has always felt a need to be special, to stand out. When asked to consult on a case where teens are being brutalized, she relishes the chance to make a difference and help stop a monster. But working alongside a wolf who she’s so drawn to could be the beginning of something Ever might never have envisioned.
Fate and Destiny have a funny way of creeping up on you when you least expect it. With a murderer on the loose, Ever and Derek will have to put their attraction to one another aside while the hunt continues.
Easier said than done… right? EXCERPT
They left the station and made the short journey to his car. Again, he opened the door for her, and she slid in with an easy smile. He rounded the car and slipped into the driver’s side. Derek started the engine and reversed, edging the car out of the parking spot before he snuck a peek at Ever.
Her eyes were closed, and the faint sound of her breathing was all he heard as Ever fell asleep beside him. He had no idea where she lived, and he was loathe to wake her.
Home, take home, the wolf spoke to him, projecting his thoughts into Derek’s human mind.
With little option left, he drove the car to his house close to the airport and parked. Getting out of the car, he went around, opened the passenger door, and very carefully hoisted Ever up into his arms. She wrapped her arms around his neck and rested her head on his shoulder. His wolf howled its approval as the soft heat of her breath danced on his neck.
He shuddered under the intense feeling of pleasure that rippled through him, instantly feeling guilty because of the horrors the poor teens had been subjected to. But as Ever’s breathing deepened and dusk began to settle on the city, Derek strode into his house, startled by a stunning realization. This woman in his arms called to him on a most primal level and captivated both man and wolf.
Goddamn it—he wanted to keep her. 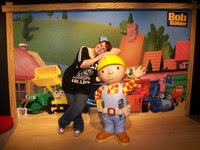 Susan Harris is a writer from Cork in Ireland. An avid reader, she quickly grew to love books in the supernatural/fantasy genre. When she is not writing or reading, she loves music, oriental cultures, tattoos, anything Disney and psychology. If she wasn't a writer she would love to be a FBI profiler or a PA for Dave Grohl or Jared Leto.
Susan Harris is the author of Shattered Memories.