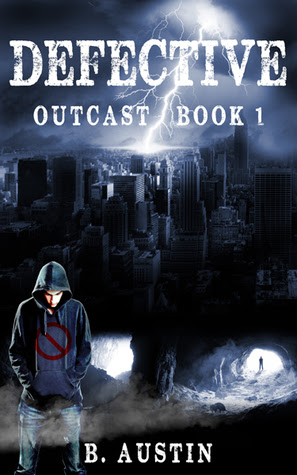 
In a society where rebels are unwanted, the Outcasts have their own underground world.
What type of society applies the word Defective to healthy young humans?
IT IS ALMOST A PERFECT WORLD. One government rules earth—the Commonwealth and one people—the Commoners. The pure society of the Commonwealth has but one contamination, the 1%, the Outcasts—rebellious kids and young adults who for some puzzling reason cannot or will not conform.
When Dante’s girlfriend vanishes like thousands of other Outcasts before her, he enlists the aid of friends to find her. They discover the shocking secret of what extreme the Commonwealth of Earth will go to ensure that Outcasts reform and obey the rules!

Goodreads / Amazon
You can also pre-order book 2 – 5 Chances – today!
EXCERPT
The lights are out in the Brooklyn Underground since the birthday party is supposed to be a surprise for my girlfriend, Kiara. The only thing visible are 324 glow-in-the-dark red No circles on our clothing marking all of us as Outcasts like the way the Nazis marked the Jews with a yellow Star of David before gassing them 131 years ago. Only our Outcast symbols are more in-your face, bold red circles with a red diagonal down the center. The Commonwealth is sending Outcasts a blatant message by forcing us to wear the symbol as if marking us as illegal, broken, untouchable, and unwanted.
The Commonwealth longs to be known as The Republic of Free Will. Their rules allow us to wear what we want but if our clothing is not the required silver jumpsuit for our age group, and then we must wear the Outcast No symbol. There is no cheating the system either. Like dogs, the Commonwealth has shot every Outcast through our necks with scanning ids.
Our scanning ids propagate throughout our bloodstreams so there is no beating the scanners. In fact, Scanner Droids are equipped with image processing and a camera eye. Scanners roam the Commonwealth. Scanners are magnetic and if a Scanner catches an Outcast being out of compliance, the Scanner will latch onto him or her and hold the Outcast in place against the closest magnetic field until the FRE (Fanatic Rule Enforcers) arrive. Scanners are like giant refrigerator magnets. It really pisses me off to see Outcasts dangling from walls of buildings, which are all equipped with magnetic holding places.
Outcasts are in the minority, our numbers fading fast into the endangered species category along with animals, which the Commonwealth has replaced with robotic countertypes. A mechanical dog cannot shit in your yard, right.
We Outcasts only feel safe in our undergrounds. Below the streets of New York City exists a subterranean city consisting of secret crypts, forgotten or abandoned subway stations and tracks, and tunnels known only to Outcasts. The NYC Underground has been here for centuries, and the Commonwealth has pretty much forgotten the underground ever existed. The Commonwealth does not care to look back at past mistakes, which is what the underground is. Besides, the Perfections are germ freaks. They would never dirty themselves by climbing down into our grimy world. We are beneath them. See, I made a pun. Get it. Underground. Beneath them. And the Commonwealth thinks Outcasts are dumb.
Everyone on earth is called a Commoner, which is a joke to Outcasts. There are Perfections and there are Outcasts, period.
Crap! It has been an hour and Kiara still is not here. I glare at everyone acting fidgety. Quit whispering about starting the party without her. Dammit! Kiara is coming.
I scroll through my text messages.
Where are you, Kiara?
I am waiting for you Kiara, you know where.
Don’t you dare stand me up for your birthday!
Are the parents giving you problems?
Hurry up!
Why don’t you answer?
I am beginning to get worried. Quit joking around.
Are you sick?
Have you had an accident?
Kiara, please let me know that you are okay.
Kiara, this is Dante. This message I followed with a secret code to let her know that the texts are not a trick.
Finally, I send one more message and my finger is shaking, my breath is raspy, my eyes are stinging. Kiara, have they taken you? Have the FRE
Quick, I hit the delete button. Worry about Kiara made me almost forget about the airwaves. We may be invisible in the Underground but the Commonwealth is always listening. My text mentioned the FRE and had I completed and sent that text, the Commonwealth might discover that we suspect the FRE of involvement in the disappearance of Outcasts. The Perfections think Outcasts are stupid because of the way we dress and act but Bones Outcasts hang out in the Brooklyn Underground. We would notice if one of us went missing. Last year, Luca vanished and a few days ago, Adrian disappeared.
The clock ticks and Kiara still does not show up for her 18th birthday party. Everyone is thinking of Sebastian. The President’s son vanished two years ago, and no one has seen him since. We are a class-based society and even though we Bones Outcasts do not like the Powerfuls (Manhattan Outcasts), we were all concerned about Sebastian and believed his father was holding him prisoner because Sebastian wanted to solve the global mystery of why and how Outcasts disappear without a trace. Thus, I broke into the President’s penthouse in Manhattan from an outside window. I am talking 90 stories up a slick building using suction cups. They call me the Spider and the Bones bet the Powerfuls that I could do it. It turned out the President for Life is not that big a dickhead. Well, maybe he is since Sebastian is probably…no, do not even think it! Sebastian is simply missing. He must be alive else Kiara…
If Sebastian being the only child of the President of the West Commonwealth, the richest man on Earth, could not be saved then Kiara… Oh, God, where is the air? I cannot breathe. That night climbing the 90 stories, I never felt so weak before until now; only this time helplessness surrounds me. As we wait for Kiara there is only silence in the Brooklyn Underground, our underground of the Bones Outcasts, except for a few sniffling girls scared of disappearing next, and me. My stomach rumbles and a panic attack is coming on. Kiara is the best thing that ever happened to me in my sorry life on this crappy planet that frowns on Outcasts because we dare to be who we are with no excuses. 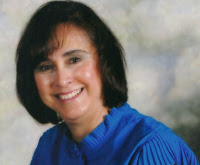 Author B. Austin writes Dystopian and Science Fiction Books. She is the author of the Young Adult Dystopian series Defective.