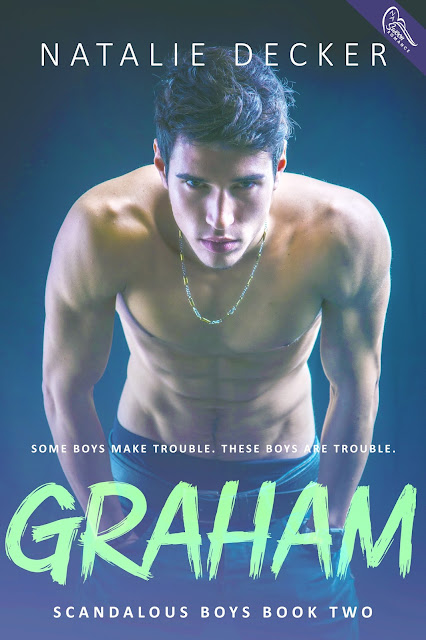 Graham Nichols’s main goal in life is to forget. Getting high, completely wasted, and running through a string of sexy blonds daily helps him achieve this task. But one night of partying lands him in a heap of trouble and sent back to the confinements of his hometown. Things can’t possibly get worse, right?

Sarah Morris can't seem to run fast enough away from her past. She’s spent months trying to amend her ways, and is doing a pretty good job. She’s getting good grades, isn't acting like a spoiled brat, and even works at the local grocery store. The last thing she needs is a distraction.


Natalie Decker is the author of the bestselling YA series RIVAL LOVE. She loves oceans, sunsets, sand between her toes, and carefree days. Her imagination is always going, which some find odd. But she believes in seeing the world in a different light at all times. Her first passion for writing started at age twelve when she had to write a poem for English class. However, seventh grade wasn’t her favorite time and books were her source of comfort. She took all college prep classes in High school, and attended the University of Akron. Although she studied Mathematics she never lost her passion for writing or her comfort in books. She’s a huge Denver Broncos fan, loves football, a mean cook in the kitchen, loves her family and friends and misses her dog infinity times infinity. If she’s not writing, reading, traveling, hanging out with her family and friends, then she’s off having an adventure. Because Natalie believes in a saying: Your life is your own journey, so make it amazing!

Win a $10 Amazon gift card and eBook copy of GRAHAM.
a Rafflecopter giveaway
Posted by Roxy Kade at 09:00