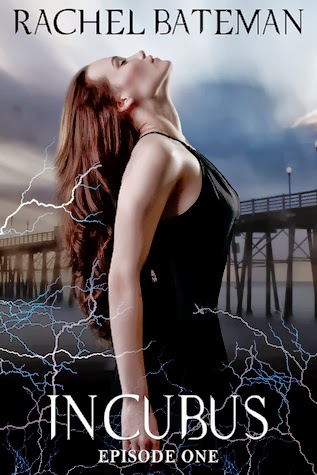 
All Kyle Prideaux wants is a normal life.

But with a serial killer in town, murdering women the same way her mother died seven years ago, and a silent stalker watching her during the day and invading her dreams at night, normal is impossible.

After she's attacked at work one night, Kyle wakes in the hospital to discover things of nightmares exist and walk among us every day.

And she's the only one who can stop them.

REVIEW
This was an intriguing read and I was definitely left wanting more. It had a real sinister feel with a serial killer on the loose, but the real story was that of Kyle Prideaux. There was obviously something up with her, the kiss she shared with Colter confirmed that, but there was still a lot of mystery about what she was or what supernatural powers she possessed.

Was there a link between her powers and those of the serial killer? Who was the stranger who first appeared in her dreams only to walk into her life? And most importantly, who was the killer?

I was so disappointed when I came to the end of episode #1. The story was just getting juicy and I’m dying to read more.


a Rafflecopter giveaway
ABOUT THE AUTHOR
Rachel Bateman is a writer and editor who spends too much time thinking she can out-bake the Cake Boss. (Spoiler: she can't.) She lives in The Middle of Nowhere, Wyoming, but dreams of living by the ocean. When not writing, editing, or reading books, she can be found playing with her husband, young son, and herd of alpacas.


99 Days of Laney MacGuire is her first novel.