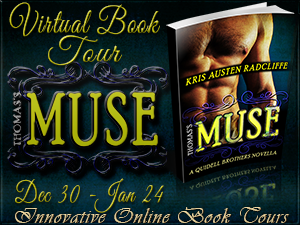 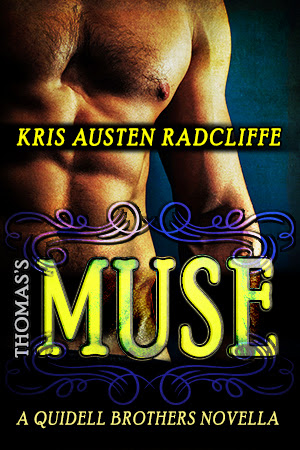 Four years ago, for a brief moment, Sammie Singleton became the muse of an artist she didn't know. The moment vanished, and now Sammie spends her nights with a different man.

Her life is black and white. But she needs food for her soul to feel alive.

She needs color. She needs art.

Everything changes the moment she meets Thomas Quidell. Brilliant and talented, Sammie quickly realizes Tom is her artist--and the man she's been fantasizing about all these years.

Tom offers her more than a lifeline. He opens her eyes to a new life. Vibrant, loving, fulfilling. But is she strong enough to take a chance?


This was a fantastic short read that was chock-full of everything that makes a perfect romance story. It had plenty of passion, sensual and sexy loves scenes that will make you melt, sweet romance and friendship, and the importance of self-worth and self-acceptance.

Although Sammie and Tom’s romance ignited into a steamy affair within a short period of time, it was fuelled by a longing that was four years in the making; so the instant attraction was more believable, especially after they both realized they shared a moment years before.

But, romance aside, I loved the message this story held. Sammie had objectified herself for so many years. She’d allowed herself to be used and abused because she believed it was what she deserved. She believed she was happy because that was who she was. It was only when Tom opened her eyes and lifted the mask she wore that Sammie was able to see the difference. It was only then that she discovered she was worth so much more than she was giving, and deserved so much more than she was given. She was finally able to accept herself.

Other books by Kris Austen Radcliffe

"Allegories of the Tarot", an anthology of the Major Arcana, includes the Fate ~ Fire ~ Shifter ~ Dragon short story, "Dmitri and the Mad Monk".


As a child, Kris took down a pack of hungry wolves with only a hardcover copy of "The Dragonriders of Pern" and a sharpened toothbrush. That fateful day set her on a path traversing many storytelling worlds--dabbles in film and comic books, time as a talent agent and a textbook photo coordinator, and a foray into nonfiction. After co-authoring "Mind Shapes: Understanding the Differences in Thinking and Communication", Kris returned to academia. But she craved narrative and a richly-textured world of Fates, Shifters, and Dragons--and unexpected, true love.
Kris lives in Minnesota with her husband, two daughters, Handsome Cat, and an entire menagerie of suburban wildlife bent on destroying her house. That battered-but-true copy of "Dragonriders"? She found it yesterday. It's time to pay a visit to the woodpeckers.