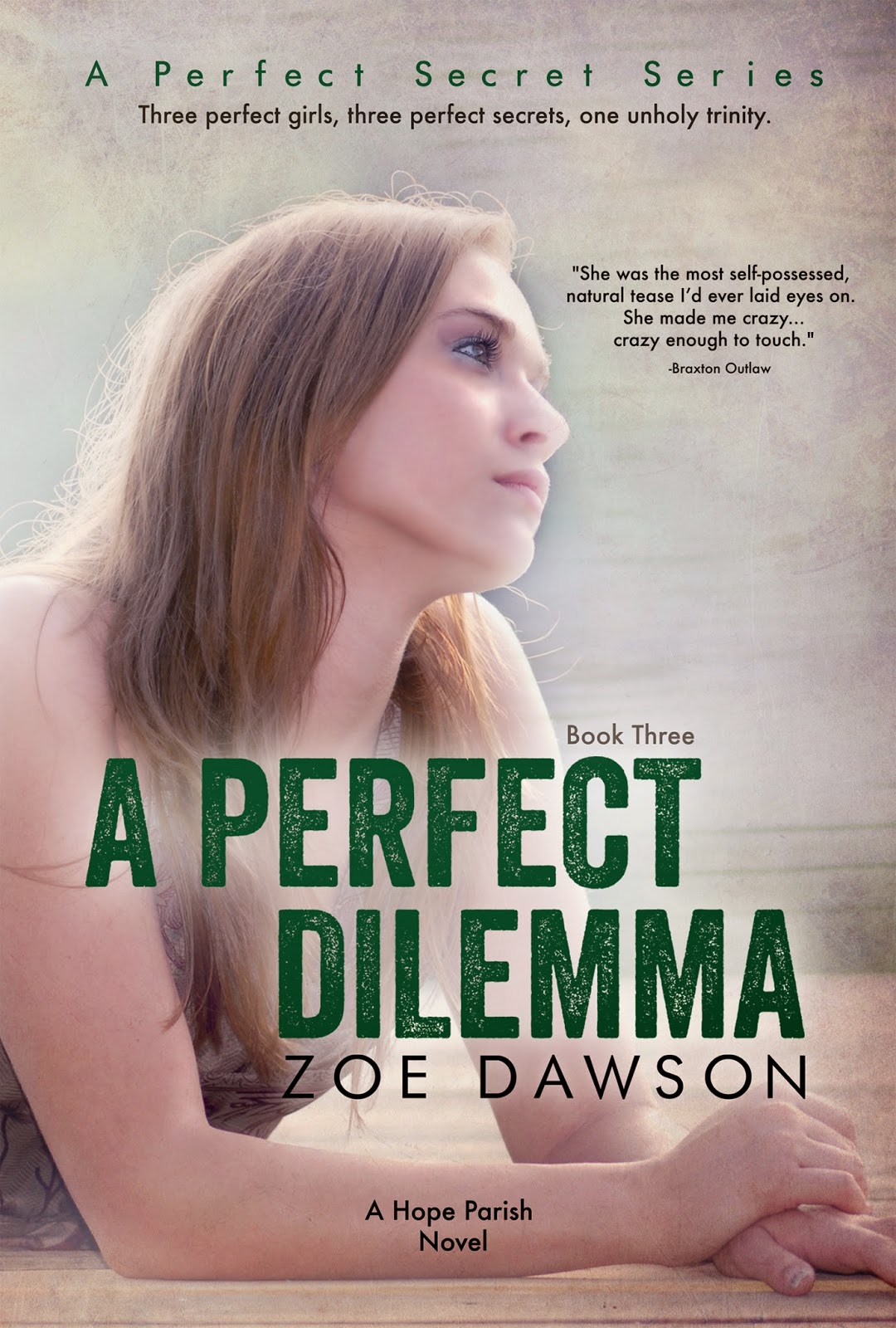 The one secret she can't stand to keep is the one she can't afford to tell.

Coming home for the summer to prepare for the Founder’s Day Festival, a celebration of her lauded ancestor, she is tasked by her father to write a speech to be delivered at the end of the party.

Returning to Hope Parish brings her back into close proximity with sweet-talking, skirt-chasing Braxton Outlaw, the boy who always seemed immune to her charms in high school. But now he looks at her with those challenging blue eyes, both intimidating and seductive at the same time. Using research of her family lineage and his as way to get close to this bad boy, they fall into a hot, torrid affair.

She stumbles across a terrible secret that could bring to ruin not only her reputation, but the reputation and standing of her family. But when her infatuation with Brax grows into something that she can’t live without, she must decide what to do. Keep the secret and lose Brax or destroy her family and lose them.


REVIEW
After having read the entire A Perfect Secret Series in one fell swoop, I have to say that I have come to love this trio of Hellraisers and their beautiful women. Booker, Boone and Braxton each have a place in my heart, and for different reasons, but I will admit that Brax is probably my favorite Outlaw, so I was extremely excited that he got his own story and with River Pearl no less.
As with the rest of the books in this series, this one was filled with heartache, turmoil and plenty of sexual chemistry and passion. But, even with the serious undertones of this story, where the Outlaw brothers went, there were sure to be shenanigans. I don't think I'll ever look at a french fry the same way again. LOL.
River Pearl hasn't been one of my favorite characters, but once I got to really know her I think she is just hands down awesome. Not at all the spoilt little rich girl with her nose in the air that I had taken her for. Yes, she did expect a certain level of class but deep down she was just a simple girl wanting to be treated like anyone else. I hated that her life had basically been laid out for her and that she hadn't had much say in which path to choose, so her blossoming relationship with Brax was the perfect thing to shake things up.
With it, though, came a past of hurt and despair and I was thankful that, once and for all, the truth was revealed and maybe, just maybe, the Outlaws would be welcomed into a community they were so actively involved in. With plenty of skeletons jumping out of the closet, this was a fantastic read that kept me enthralled the entire way through. From the fiery passion that ignited whenever Brax and River were together, to the mystery about Duel Outlaws involvement in a crime that would span decades, I loved every second of this story.

OTHER BOOKS IN THE
A PERFECT SECRET SERIES 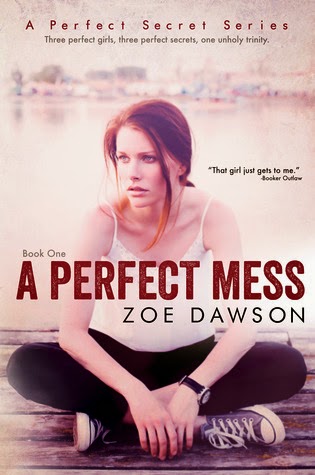 A Perfect Secret, Book #1
I know what you did last summer.
Aubree Walker, the perfect girl most likely to succeed, is sure there’s only one person who knows what she did.
Booker Outlaw, one of the three Outlaw brothers—all identical, all gorgeous, all from the wrong side of the tracks, and all pure bad boys. He was always the unpredictable one, the one who would be brash enough to make it big self-publishing horror novels on the internet. He promised never to tell, but everyone knows you can never trust an Outlaw.
Then a year later, in the middle of the night, she receives a phone call at Tulane. Her aunt, who took her in after her mother’s death, is in a coma under suspicious circumstances. Now she has to face that one person who knows all about what she did that summer—sexy Booker.
Returning to Hope Parish to be with her aunt, stirs up all those ugly memories. When Aubree starts getting threats, she can’t help but wonder if what she did last summer was tied to her aunt’s “accident.” Afraid, she turns to the only person who knows the truth and Booker doesn’t hesitate to offer his broad shoulder for her to lean on. But Booker has a secret of his own that could crush their fledgling relationship.
As the hot, sultry summer days move on, she finds that even a perfectly smart girl can lose her heart to a perfectly bad boy. What is she going to do when someone starts asking questions Aubree doesn’t want to answer? She’s knee deep into a terribly dangerous, wholly life changing, who-can-she-really-depend-on perfect mess.

A story filled with tragedy, secrets, lies and passion, Dawson certainly knows how to draw her reader in and to keep them captive throughout.

I really loved getting to know Aubree, Booker and his brothers, and I was thoroughly intrigued by the mystery of what had gone down between Aubree and Booker. Aside from the sexual tension and unmistakable chemistry between these two amazing characters, there was definitely something darker that lurked below the surface and Dawson gave just enough to keep me wanting more. With little hints as to what happened, I was able to form my own ideas, but was quite surprised when everything was finally revealed.

This was a great suspenseful read with a ton of emotion and angst. The characters will capture your heart and drag you into a world of love, pain and hope. I was thrilled to get to read this book and cannot wait for more. 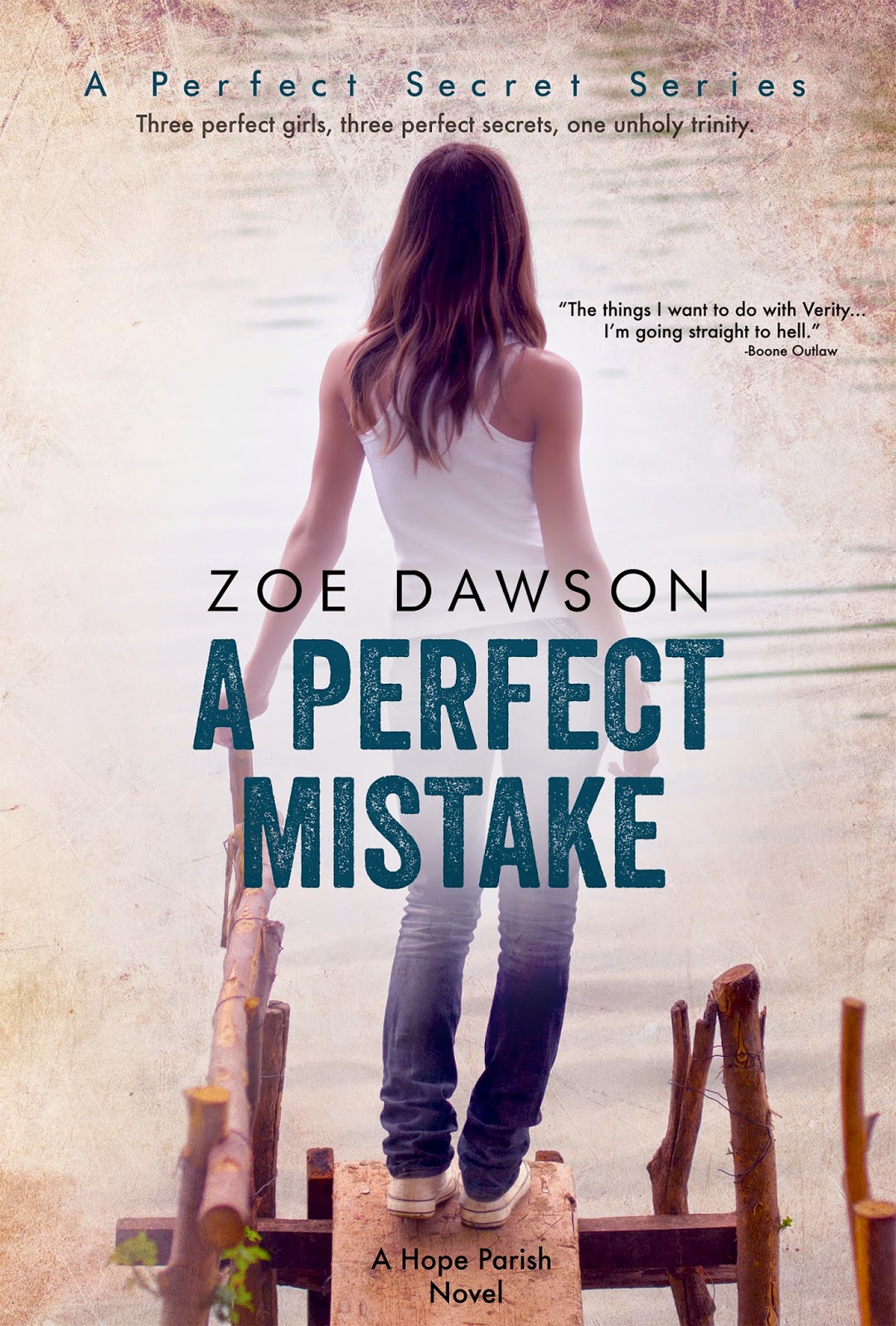 A Perfect Secret, Book #2
How can they have a future when their past is based on a lie?
The perfect preacher’s daughter, Verity Fairchild, has something that only she and God know about and she wants to keep it that way. Her mistake was easy to keep secret when she was out of town, but now that she’s come back to Hope Parish for the summer, she comes face-to-face with the guy responsible for it all. Boone Outlaw nearly ruined everything for her and despite the fact that he’s now working at her father’s church, she’s determined to stay as far away from him as possible.
Boone Outlaw doesn’t understand Verity’s anger towards him. He barely knows her. In high school she was Holy Mary Verity and she was off limits – except in his dreams where Verity seems way too real. Most of the time he was wasted in high school, not the type of boy Verity would ever look at twice, but he can’t shake the feeling that something might have happened between them. He’s going to break his own rules to get the answers he needs straight from Verity.
What will Verity do when she finds something in Boone that she never knew existed and her perfect mistake is the only thing that could stand between them and their happiness? Will she sacrifice Boone to keep her secret?

OMG! I love Boone, in fact I love all the Outlaw siblings, and I was so excited to read Boone's story. It was obvious from the first book that something must have happened for Verity to be so angry with him and I was intrigued to find out what. And, boy, was I surprised when the real secrets of this story unraveled. I had kinda guessed about the whole graduation party situation, but everything that transpired after was a total shocker.

It seems like Hope Parish is filled with a bunch of nutcases who are just waiting to cause chaos, and it was no different in this book. I was on the edge of my seat with excitement and fear but I'm glad things didn't end in tragedy.

Secrets and lies abound in this fantastic sequel to A Perfect Mess. Another rollercoaster ride of emotional ups and downs with plenty of passion. I don't care what the rest of Hope Parish says, I am hooked on the Outlaws and cannot wait for more.


Zoe Dawson is the alter ego of Karen Anders, award winning, multi-published author. Her writing journey started with poetry and branched out into fiction. With a couple of college English courses under her belt, she penned a historical, then moved onto contemporary romance fiction. Today, she is happy producing romantic suspense, romantic mystery, urban fantasy and paranormal novels. The words feed her soul and the happily ever afters feed her heart.