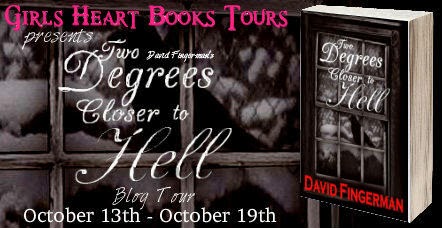 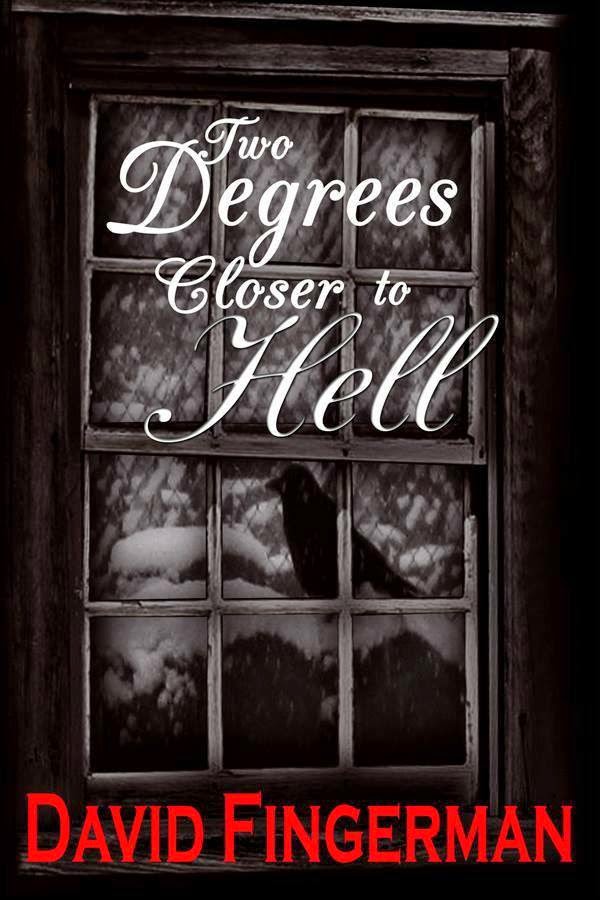 Speculative fiction writer, David Fingerman, is back with a series of short stories guaranteed to curl your toes and raise your hair. If you're looking for some quick thrills, let these stories take you on a ride that will bring you two degrees closer to Hell.


“I’ve read your file, Mr. Wade. Your cancer has spread to your liver, kidneys, pancreas, stomach, and lungs. To be perfectly honest, I’m impressed as the day is long that you’re not bedridden, let alone still breathing. If you think you’re healthy enough to jump over this desk and have a go at me, please try, but I’d bet a year of taxes I can take you. And win, lose, or draw, you’re the one that will be arrested. Is that really how you want to spend your final hours? In jail?”

Slumped in his chair, Neal felt nauseous as the chill returned.

Garson’s voice softened. “Now if you’re willing to work with me, maybe we can save you some money. I’m not your enemy, Mr. Wade.”

Neal nodded as he searched for a wastebasket. Hell with that. If he puked, it would be on her desk – if he could projectile it, maybe on her.

“Good.” The agent folded her hands and rested them on Neal’s file. “Our doctors think you can go at any day. They have decided a week gives you more than ample time to get your affairs in order. To ease that transition, our doctors will allow up to one week’s worth of morphine shots, tax free.”

Bile churned in Neal’s stomach, but so far it remained there. “My doctor said that with chemo, I might last three, maybe four months.”

Garson arched her eyebrows and shook her head. “Really, Mr. Wade. I don’t mean to put down your doctor…”

“Then don’t!” Neal shouted and instantly felt dizzy but the bile refused to come up. “I had a long talk with my doctor and my family. I choose July fourth at 11:59 PM.”

Agent Garson leaned back in her chair and for the second time, smiled. “A sendoff with fireworks. I like that. Unrealistic that you’ll last that long, but I like it.”

“Don’t count me out just yet.” Neal wrapped his arms around himself. He couldn’t stop his legs from shaking.

“I hope you do make it, Mr. Wade, but I’m bound by law to remind you that even if you die tomorrow, your life tax will continue to be collected all the way to the official expiration date you choose. That’s why I think one week is plenty of time to get your affairs in order and not become a burden on your family. Four more months of life tax can certainly add up, especially if you’re not around to pay it.”

“Your concern is touching.” Sarcasm dripped from Neal’s words.

Agent Garson wrote the date and time on official IRS stationary and stamped her signature. She handed Neal the paper. “Take this down to the lab. They’ll insert the death chip. Again, I’m bound by law to tell you, if you live up until your due date and time, the chip will release a poison. It will be a painless death. If at any time prior, you or anyone other than an officially trained IRS doctor tries to remove, or in any way alter the chip, the poison will be released immediately and we will still collect tax until the death date. Do you understand what I explained to you?”

Neal took the paper and his ID and shoved them into his pocket. He had no intention of going to the lab.

“Good luck and peace be with you, Mr. Wade.” Agent Garson held out her hand.

Neal ignored it as he headed toward the exit. Before he got to the hallway, an armed guard blocked his path.

Pity lined the guard’s eyes with a pleading of please don’t try anything stupid. Neal resigned himself to fate and let the guard take him to the lab.


Chaos, deception, secrets, obsession and plenty of crazy, this book was filled with strange and horrifying stories, bringing classic horror back in a big way. From working for the Devil himself to seeing the world from a cat's POV, this was a real mind trip.

The thing that really made this read so terrifying was that, while some of the story were supernatural/horror based fiction, some of them were so close to the madness I see in the news every day, that they were closer to non-fiction.

This book has a story in it that will speak to every type of reader, and once you are caught up in the creepiness of one story, you will want to continue until you have devoured every short story on offer. Thrilling and exciting.

During the summer months when the sun is shining and birds are singing, David is perfectly content to sit in his office, with blinds drawn, typing away at the computer. His favorite day of the year is the first day toward the end of summer that’s cool enough to pull a flannel shirt from the closet. 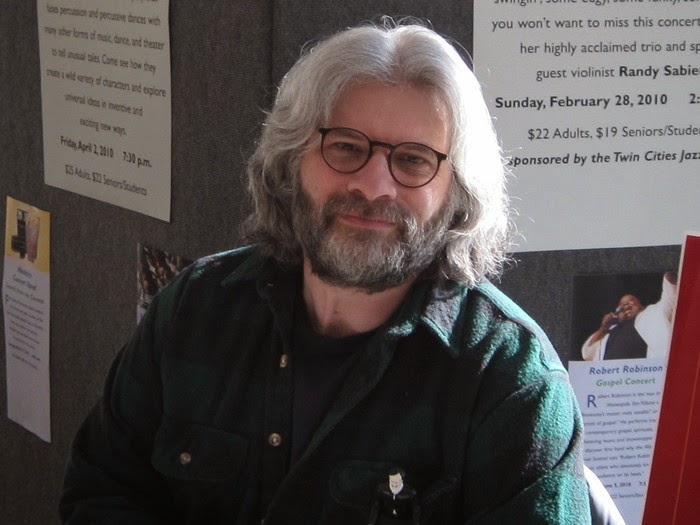 As a student at the University of Minnesota, David realized that if he switched his major from journalism to speech, he could graduate that quarter. It was a no-brainer. After 24 years of working in the court system, he walked away to write full time – another no-brainer.

Two Degrees Closer to Hell will be his second collection of short stories. He has also written three other novels.

David is married and lives in Minneapolis.