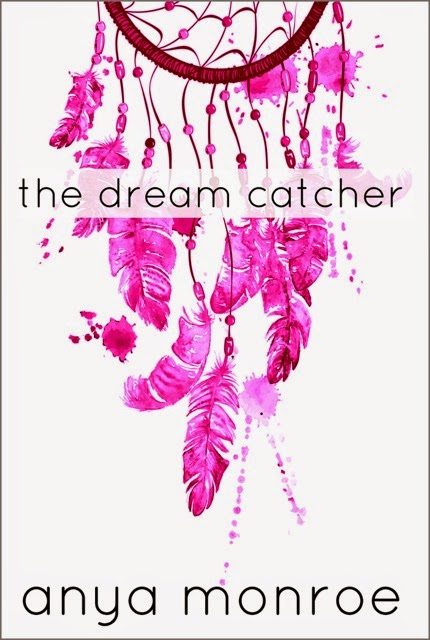 Summary from Goodreads:
***Paddle boards, bonfires & bikinis won’t help Penny. She craves the boy from the woods; not knowing she’s already caught in his nightmare. ***

Penny’s nightmare is ruling her life and she doesn’t know why. It started a few months ago, and since then Red Bulls, 5-hour Energy Shots, and Starbucks drive-thru are her lifeline.

When Penny’s parents decide to take their research of a rare Native American cult to a remote cabin for the summer, she's less than enthused.

Then Penny meets Delsin in a clearing in the woods, and her view of the world awakens. Apathy defines her, but Delsin lives life to it’s fullest. A shaman-in-training, he is everything Penny is not.

Each morning she comes to the woods, handing pieces of her heart to him, but when Penny is confronted with her worst nightmare, Delsin asks for a sacrifice Penny didn’t see coming. 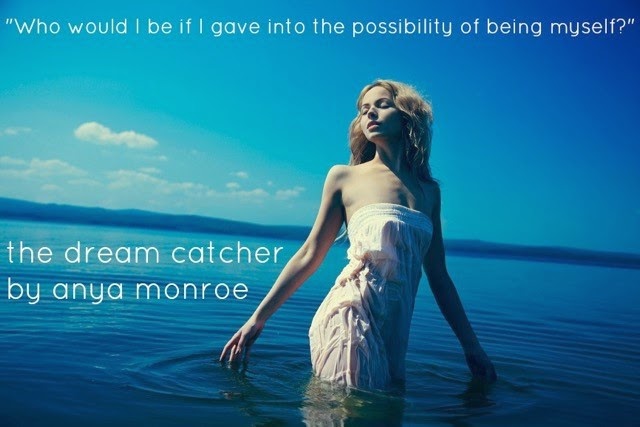 EXCERPT
My parents told me apathy is the first sign of depression and I told them I don’t give a shit. That’s when I got locked up in the psych ward for fourteen days, which is how long insurance would let me stay. The only decent thing about that place was the drugs were so good I could sleep without remembering.
At home, I don’t have that luxury. Grandma got all hooked on painkillers a few years ago so to say my parents have “issues” with narcotics would be an understatement. In their opinion, Advil is basically a gateway drug.
Besides the drugs, I hated the psych ward. The food was seriously disgusting and access to Starbucks was a no-go. One time Ollie tried to bring me a quad-venti-salted-caramel-mocha and he had to dump it out in a sink. Literally dump the entire twenty ounces of glory down the drain in front of the nurse. I told him he was a jackass for even telling me that story.
You don’t mess with caffeine.
At least I don’t. Not anymore.
I suppose I am a hypocrite. Since I do care about coffee, which is the only thing keeping me on this side of crazy.
“I’m getting a bagel. You want anything to eat?” Ollie asked as we pulled into the Starbucks drive-thru. I shook my head no, frowning at the question. Carbs made me sleepy. Sleeping is where all the trouble started. “Okay, one bagel and a venti Americano with cream. Oh, and a grande chocolate chip Frappuccino,” he said into the intercom.
“I can’t believe you’re drinking that before 8 am.”
“It’s all good, Penny. I’m headed to the lake with my paddleboard. Ain’t nobody gonna hold me down!” He gets all gangster when he’s pumped. He graduated high school last week and suddenly the world is his oyster. Which would make sense if he weren’t currently couch surfing.
“I still have to go to school, okay? Stop rubbing it in my face.”
I had another week of junior year. Ollie could suck it. He got to do whatever the hell he wanted. I mean, besides the homeless part. I handed him a twenty, which he in turn handed to the barista hanging out the window wearing a green apron and a smile.
I scowled at her.
Taking a sip of the coffee helped even though Ollie kept driving toward the massive brick masterpiece that had been my school for way too long. The place blew, and Ollie was the only reason it had managed to remain semi-tolerable.
“I can’t believe you’re ditching me. I would never do that to you,” I whined to my best friend as we pulled up to the curb for drop off.
“Look, I’ll pick you up after school, just like we promised your parents, and then we can go do something epic. Something totally Penny.” He leaned over to open the door for me, kissing me on the cheek.
“What in the world is something totally Penny?” I asked, as I got out of his ancient Honda civic.
“We could go to the mall. There’s a sale at American Eagle.”
I rolled my eyes out of habit. Having a gay best friend would be better if I liked to shop.
“You’re such a cliché,” I said, shutting the door.
“See you at three!” He called through the rolled-down window as he drove away, leaving me standing, half-awake, on the sidewalk outside of the lamest establishment known to man.
I pulled my phone out of the pocket of my hoodie as it vibrated. Mom.
MOM: Hope you made it to school okay!
See you at 6. Please check in at 3 and hand in paper! XO
I needed more coffee if I was going to get through the day. 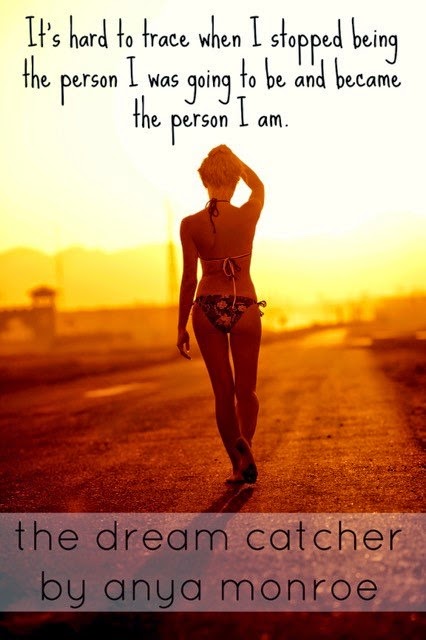 Tell us five things about yourself readers wouldn’t know!
1) In The Dream Catcher, Penny gets sucked into several TV series. I have plenty of guilty-pleasure-shows myself. Namely (don’t judge!), The Bachelor. I’ve been watching it for years (with my husband!). We were even in a Fantasy-Bachelor-League last year together, which, just to clarify, was like Fantasy-Football, not the Fantasy-Suite! And he beat me. I KNOW!
2) When I was in Jamaica a few years ago I went to this cliff diving spot where people were doing crazy jumps. I was like, I so got this! One hundred feet? Ain’t no thing! Until I got to the ledge. Then I was like, Umm, I’m going to do the ten foot jump…
In The Dream Catcher Penny and Delsin take cliff and waterfall jumps, and that is seriously impressive. Because, apparently, I’m not that badass.
3) In The Dream Catcher Penny has a reoccurring nightmare that is freaking her out and so she’s trying to stay awake for as long as possible. Obviously she has extenuating circumstances that are keeping her from getting some shut eye, but I love sleep way too much to stay awake that long. I’m an eight or ten hours-a-night kinda girl. And I still need coffee to function.
4) Penny and Ollie are best friends and their relationship is central in The Dream Catcher. Growing up is crazy hard and complicated, but so is just being a person in general. That’s why friends and finding your people is so important. However, I’m a little jealous of the proximity Penny and Ollie live to one another. Like, they live in the same house for most of the novel. My best friend lives across the country so we rely on texts and FaceTime and voice memos to keep in touch. Thank goodness for WiFi!
5) I’ve never made out under a waterfall. In The Dream Catcher Penny and Delsin do, and I’m kinda jealous. It seems terribly romantic. I need to remedy this, stat. 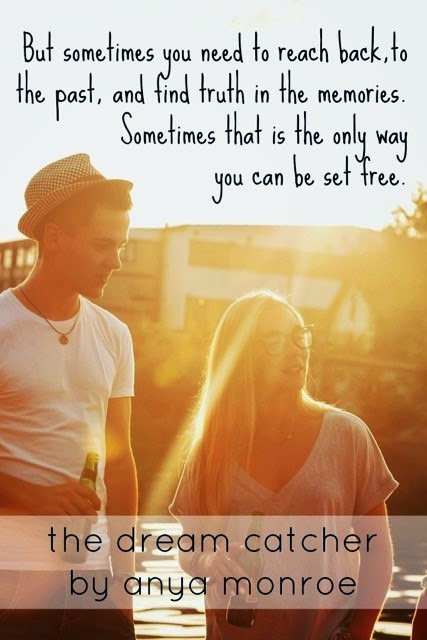 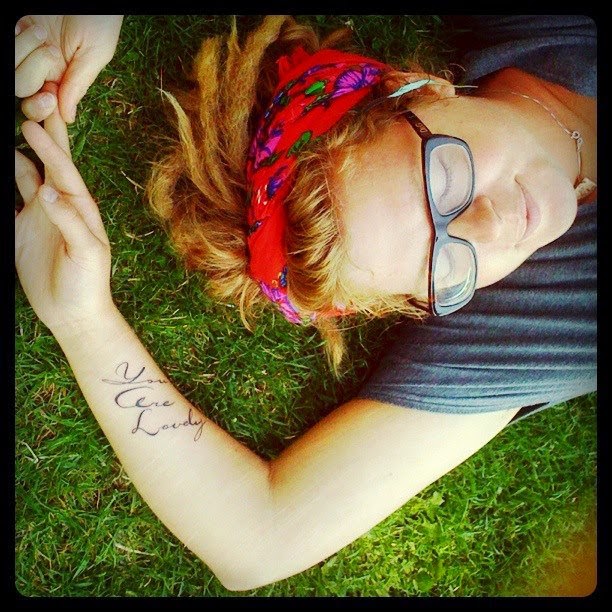 Anya Monroe likes to write stories and paint words on her walls. She believes in love at first sight and fights for happily-ever-afters. As a wife and mom to six kids, she carves out time to write between carpool pick-ups and date nights because words are her heartbeat. She lives a ferry ride from Seattle and is a total Pacific Northwesterner who drinks chai lattes and wears Birkenstocks and has dreadlocks. She's a cliché, but doesn't mind it. Not even a little.

She documents her lovely-messy life on IG @anyamonroe. Find her there! 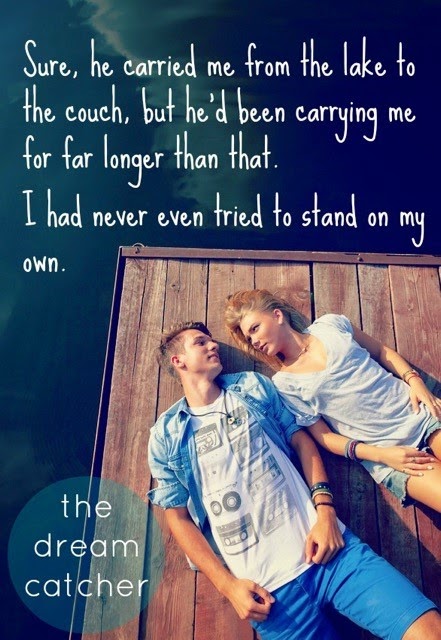