Some things are destined to end in death. After the first attempt on her life Maurin wasn’t scared. Hell, she was almost flattered. But someone put a price on her head and things are getting complicated. Trouble is brewing in the fae courts and it’s spilling over into Salem. The UnSeelie Dark Guard have answered the call for her head on a platter and people closest to her are disappearing. Can Maurin master court politics and find her missing men before someone claims the bounty on her head? 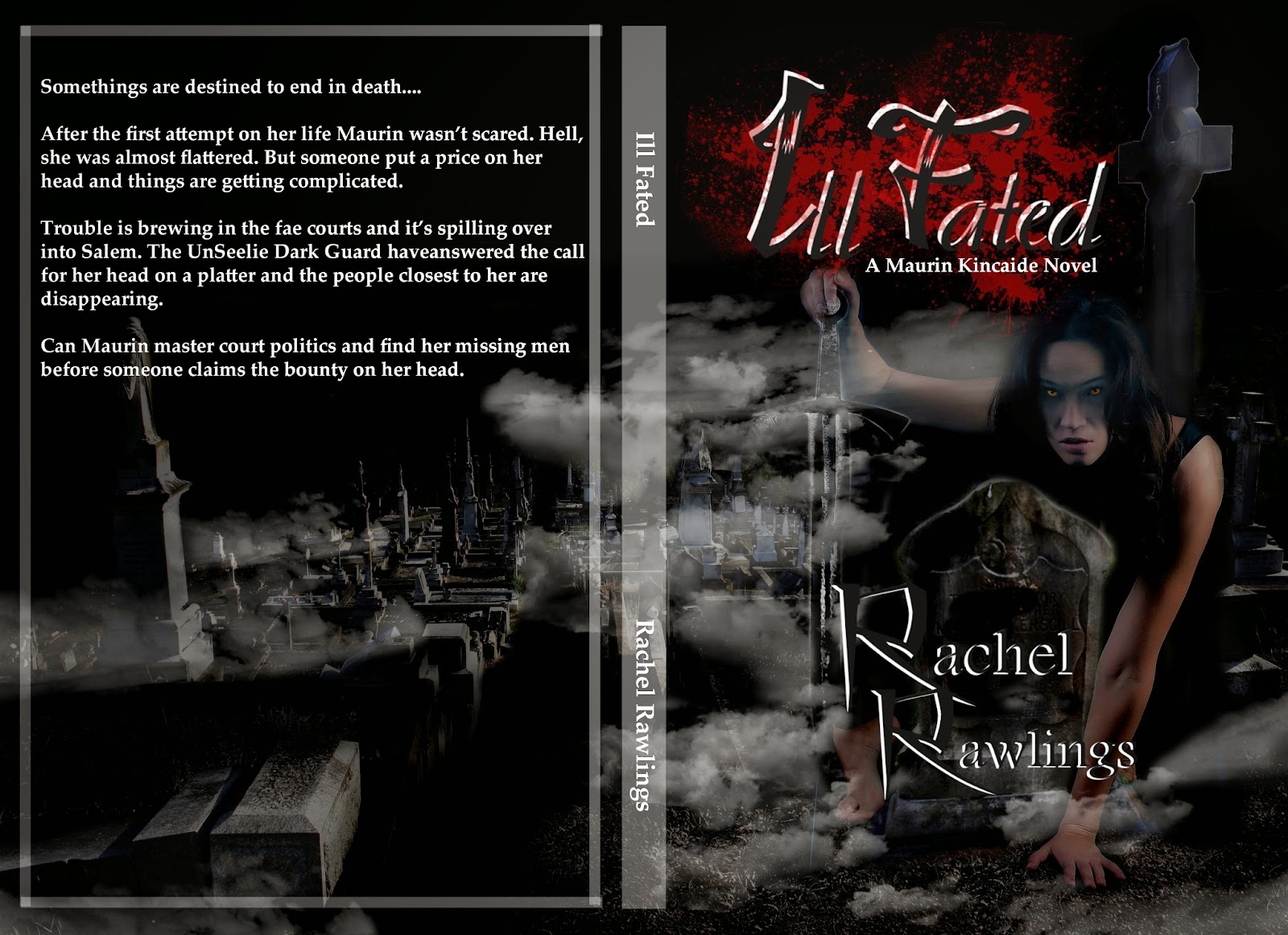 Other books in The Maurin Kincaide Series by Rachel Rawlings

Rachel Rawlings was born and raised in the Baltimore Metropolitan area. Her family, originally from Rhode Island, spent summers in New England sparking her fascination with Salem, MA. She has been writing fictional stories and poems since middle school, but it wasn't until 2009 ago that she found the inspiration to create her heroine Maurin Kincaide and complete her first full length novel, The Morrigna.

When she isn't writing, Rachel can often be found with her nose buried in a good book. An avid reader of Paranormal/Urban Fantasy, Horror and Steampunk herself, Rachel founded Hallowread- an interactive convention for both authors and fans of those genres.


She still lives in Maryland with her husband and three children.

Q. When and why did you begin writing? What inspired you to write your first book?

A. This is a little known fact about me- the inspiration part. I’d dabbled in writing every since middle school, poems and incomplete stories mostly. Even then I was passionately in love with reading and deep down wanted to write. Life happens and then marriage and three children- I wouldn’t trade any of it for the world. Flash forward to 2009. I was working the night shift and reading a very popular author. Thirteen books into her series I had become increasingly frustrated with the author’s vision. sure i understood it was her world, her story to tell but I kept thinking ‘if it were me, I’d write it like this’. And then I did. I’d email my best friend and the only other member of my book club, a chapter at a time until the book was finished.


Q. What book(s) / author(s) have influenced your life and writing?

A. Some of the most influential authors in my life were Anne Rice- my personal hero, Stephen King, Edgar Allan Poe and Tolkein. And books, there’s so many…. To Kill a Mockingbird, Little Women, Treasure Island, The Most Dangerous Game (actually a short story) and of course the The Hobbit and The Lord of the Rings Trilogy.


Q. Tell us about your characters and how they came to be? Have they been in your head for a long time?

A. Maurin had been bouncing around in my head for a while. She’s the no nonsense, bad ass heroine I like to think I am, lol! She’s a work in progress, trying to grow and find herself in a world that is ever changing, much like ours but with a slew of immortals and supernatural creatures. The men have a tendency to creep up on me. I think I’m writing a secondary character and then end up demanding more face time. Cash earned himself a novella that way.


Q. What motivates you to write?

A. I write because I enjoy it. It’s not easy, the words don’t always flow. Some days the word count is negative because I back out more than I keep but I have stories I want to tell and can’t ignore. I’m working on two at the same time- a first for me- with two more openings written. My to be written pile has waged a war with my to be read pile. It just may win. For me, it’s a love of the written word, I love words, love to write, I need to write. it’s not about the fame or fortune- though that would be an added bonus- just knowing someone read and enjoyed what I wrote is the real payoff.


Q. What is the hardest part of writing?

A. Time, carving it out every single day. I still have a family and outside priorities that I have to juggle. Writing is a very solitary thing, at least it is for me. getting over the guilt of taking time away from the ones I love to spend time in the worlds I love to create is tough.


Q. Did you learn anything from writing your book and what was it?

A. Writing The Morrigna reaffirmed two things for me. One- that anything is possible if you set your mind to it and you can be what ever you want to be, even a writer. And two- nothing worthwhile is easy. That might actually be three things, lol.


Q. Where do you get your ideas?

A. I don’t know where exactly sometimes like the book on my to be written pile Payable On Death was sparked b the song by Heaven Knows by Pretty Little Reckless, the name of the book came from the initials of another band P.O.D. I’m not sure what it means for the band but when I was a bank teller it meant Payable On Death. They played concurrently on 98Rock- a local radio station- and before you know it I had a character who sold her soul to the Devil at seventeen and had been fighting to make up for it ever since. They come from anywhere and everywhere.


Q. What does your family think of your writing?

A. My kids think I’m pretty rock star when they see a picture in a local paper or I’m off to another convention. My husband thinks my head is probably a scary place to live but he’s my biggest fan. I’m truly blessed to have the love and support of an amazing family.


Q. What is the best advice you would give to inspiring authors?

A. Write every day. Write one sentence, one paragraph, one chpater. Just write. Everyday. Hire an editor, it’s money well spent. do the research to find the right one. You want an editor who will challenge you, ask questions, help you fill in the gaps and remove the unnecessary words. When you find them, hold on to them.