Review: Stuff & Things and What Boredom Brings (A Witches Tale #1) by Rue Volley 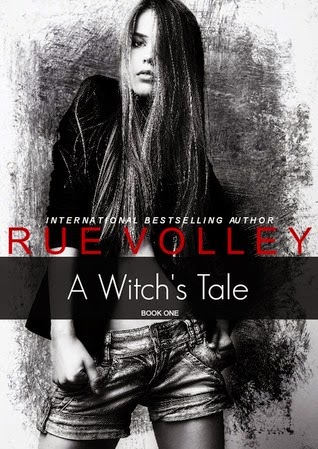 Alexandria "Alexi" Elizabeth Carvelle is a typical teenage girl; doing her best to navigate High School, daydreaming of the future, trying to study hard. Her life would all be very normal if her mother had not just passed away leaving Alexi and her father, Christopher, on their own with nothing but a legacy, the only witchy store in Ravenswood - Stuff & Things and What Boredom Brings. On top of everything else, Alexi has now noticed her BFF, Logan...is a boy.  But all of these things are the least of her problems when a new boy moves into town. His family's arrival disrupts the peaceful life of living in Ravenswood. Their presence has ignited old rumors when they moved into the one place everyone in town avoids, the Haunted Mansion. Suddenly, everything changes for Alexi. The dreams begin and nothing is perhaps what it seemed.

Every town has a secret, but what if that secret is you?

I’m a huge lover of PNR books, and I was quite excited to read this story because I’ve heard such amazing things about Rue Volley. I will admit, though, that even this was a good read I wasn’t completely enthralled by it. I think I was expecting a bit more witchery and magic, but the first half of the book could have been mistaken for a contemporary teen drama.
There was mention of Alexi’s witch lineage and the somewhat paranormal past of Ravenswood, but otherwise nothing too unusual occurred. Perhaps it was the author’s way of allowing the reader to get to know the characters without being distracted by everything else going on.

I had a feeling that Kyle was a little more para than normal, and I was intrigued to find out exactly what he was. There also seemed to be a bit of a connection between Kyle and Alexi, and I was excited to see how things would develop. Even once the paranormal elements of this story came into play, I still felt that there wasn’t enough magic and mayhem. There was the incident that changed Logan’s life or rather death, forever, but I still wanted more.

Overall this was a quick read with witty characters that were likeable. The ending promised a lot more of what I was looking for in the next instalment of this series, and I really would like to see if Alexi is able to break the curse and set everyone free, and if she’ll be able to help Logan.

Rue Volley resides on earth with her husband, Von Erik, and their two pug sons, Momo and Oshi. She is the author of over 40 books, Creative/Marketing Director for Crushing Hearts and Black Butterfly Publishing, and co-owner of Lovebites Production Company (which specializes in Dark Fantasy Films) She is also an accomplished graphic artist and a screenwriter. Please visit her at ruevolley.com