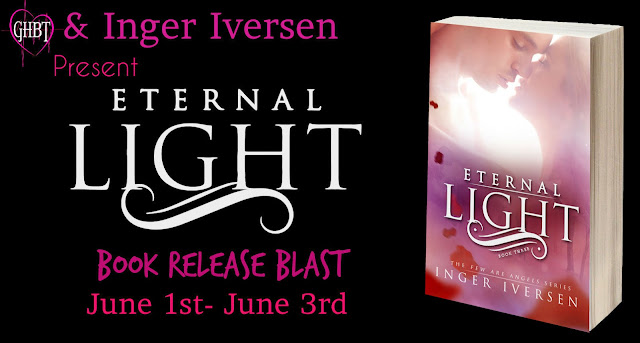 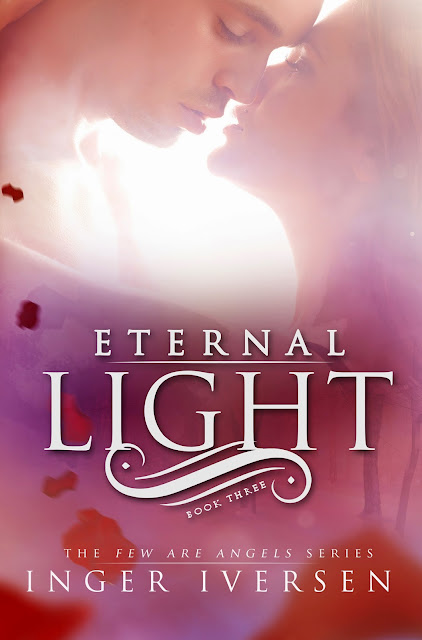 
“I’m entirely yours and nothing will change that, not even time or distance.” -Ella
Ella has accepted her fate of 15 years with Aleixandre, but she won’t accept the fact that he plans to use to powers to eradicate the Chorý race. Neither his promise to release her of her debt early or allow Kale to reside with her in the garden house is enough to make Ella change her mind. Instead, Ella, Kale and Jace look for the mysterious Zdrowy, a group of Chorý thought have been cured of la Luxure.
Kale used to be convinced that the Chorý race was nothing but monsters, but do they all deserve to be exterminated? The question plagues Kale as he and Ella search for the mythical group of cured Chorý.


In the final installment of the Few Are Angels series, Ella and Kale are set on a path that not only leads to a cure to the Chorý status, but may offer Kale what he has been chasing his entire immortal life: absolution.

As Kale slowed his movements and fell to the side, bringing me with him, I willed my lungs to work and begged my heart to slow.
His lips caressed the shell of my ear as he spoke. “I wanted to warn you before I . . .” he cleared his voice, “you know. And I couldn’t do that with my teeth in your neck.”
At his words, I reached up and touched the still tender area. His skin was radiating a pearlescent glow. I reached out and smoothed my hand over his soft cheek. He turned, catching my palm and placed a kiss there without breaking eye contact with me. I flushed under the intensity of his gaze.
“Are you okay?” His voice held such a soothing quality with its strong yet soft timbre.
I nodded. “I can’t feel my legs.”
His lips lifted in a satisfied grin. “Good.” He kissed my palm again.
I cocked a brow. “Good? I may never walk again and you think that is good?” He laughed so loud and whole-heartedly that I joined him. Shoving my face in the crook of his neck I settled in close as the realization hit me that he was leaving me tonight.
As if he’d noticed the change in mood, Kale lifted my face to meet his. “It won’t be forever. I won’t be gone forever. I can’t.” He closed his eyes and pressed his cheek to mine. “I will kill anyone who threatens to keep me from you, Ella. I have waited so long to hold you.” He pulled away. “It’s never goodbye. We will never say goodbye to one another. Do you understand me?”
I was without words and could only manage a nod.
Kale kissed my lips, cheek, and brow. He rolled me over and settled gently between my thighs. “Say it.” My brow furrowed in confusion as I accepted Kale against my body and wrapped my arms around his strong back. He grinned. “Tell me, as you like to say, ‘see ya later.’”
I laughed. “I’ve never said that to you.” When he didn’t say a word, I sobered up. “Okay, you win.” I sighed. “See ya later.”
He kissed me hard, bruising my tender lips with his love. I would see him later and he would come back to me. If time and death couldn’t keep us apart, I doubted there was anything else in the world that could. 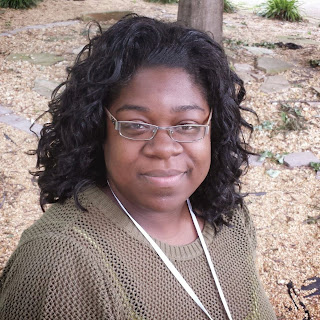 About the Author
Inger Iversen lives in Virginia Beach with her tree-hugging boyfriend, Joshua and her overweight lap cat, Max. When not reading or writing she spends her time watching reruns of True Blood, Walking Dead or killing zombies in Call Of Duty. Of course, if the world were to change into some World War Z type situation, she’d probably be the only chick running around searching for a Ray Gun!

Peek at her pics on Instrgram: http://instagram.com/kris10inger