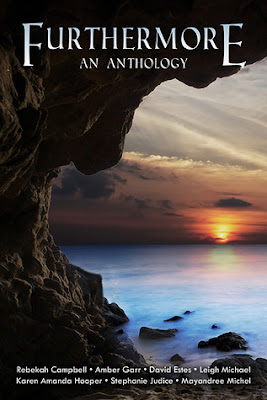 SYNOPSIS
A first date, a lottery, treachery and deceit. Sometimes fate has other plans. Sometimes there’s more to tell.

In Furthermore: An Anthology, seventeen original stories take you on a journey through worlds here and beyond. From the depths of the earth to the embrace of the sea, your favorite series continue. Prequels, alternative views, and new scenes give readers a chance to experience more than originally told. Including stories from Rebekah Campbell, David Estes, Amber Garr, Karen Amanda Hooper, Stephanie Judice, and Leigh Michael.

In honor of those who lost the battle and those who continue to fight, all proceeds from this anthology will be donated to cancer research and support.

SURPRISE VISITOR -Emily has never been a fan of surprises but Eric has something up his sleeve to change her mind. (The Darkness Through The Light Series)

GETTING TO KNOW THE HEAVIES - The two Sullivan bodyguards are still human beings underneath it all. And everyone has a weakness. (The Darkness Through The Light Series)

PEOPLE CHANGE - When Eric asks his dad a question about his mother, it’s time to go back to where it all began and then went so badly wrong. (The Darkness Through The Light Series)

THE RUNAWAY- TAWNI’S STORY - After learning of her parents’ treachery, Tawni leaves home seeking to make amends for their transgressions. (The Dwellers Saga)

THE LIFE LOTTERY- A STORY FROM YEAR ZERO - With the survival of the human race on the brink, there’s only one way to decide who will be saved in the underground caves: The Lottery. (The Dwellers Saga)

COLD FEET - Kain witnesses Eviana’s deceit on their wedding day and is forced to deal with the consequences of her behavior. (The Syrenka Series)

RIFT - Daniel encourages the group to make a detour to the Grand Canyon, as the distance between the friends begins to rival the great ravine. (The Syrenka Series)

DISCOVERY - Leila’s first encounter with her psychic mentor is nothing short of memorable. (The Leila Marx Novels)

HUMAN RESOURCES – Blake finds a new job while Mac finds a friend who reminds him of home. (The Leila Marx Novels)

THE SOUND OF LOVE - Glimpse into one of Nathaniel’s previous lives and see how his soul mate reacts when tragedy strikes. (The Kindrily Series)

MUIRNE’S MELODY--To escape her master’s vile desires, Muirne flees into the snow-swept night, finding a green-eyed stranger and a mystical destiny. (Saga of the Setti Series)

FALL FROM GRACE: Warped by centuries of darkness, the creature Sveigja plots to capture Clara as his queen. (Saga of the Setti Series)

FATE: Experience Annabelle’s struggle to fulfill the ABA Prophecy in a new light through the parting words of Adrian, Aurelia, Blake, and Lady Katherine. (Annabelle’s Story)
Get your copy now!!
Amazon Kindle Edition 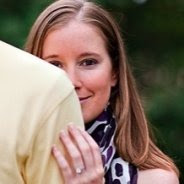 Leigh Michael is an author of YA fiction. She's worked within the advertising world for nearly a decade before writing her debut series, Annabelle's Story. Furthermore: An Anthology is the next project to hit the shelves by Leigh and a handful of other authors (coming December 2012). Proceeds from each sale will be donated to help further more cancer research.

Leigh lives in Washington, DC with her husband and goldendoodle.
Please learn more about Leigh and her works at www.LeighMichaelBooks.com. 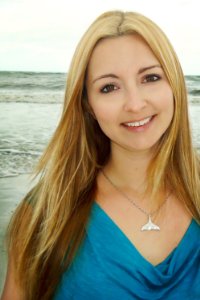 Karen was born and bred in Baltimore, frolicked and froze in Colorado for a couple of years and is currently sunning and splashing around Florida with her two beloved dogs. She's addicted to coffee, chocolate and complicated happily-ever-afters.
Karen has been making up stories for as long as she can remember. In high school she discovered her passion for putting her thoughts onto paper, but it wasn't until her late twenties that she wrote her first novel. Due to her strong Disney upbringing, she still believes in fairytales and will forever sprinkle magic throughout all of her novels.
www.KarenAmandaHooper.com 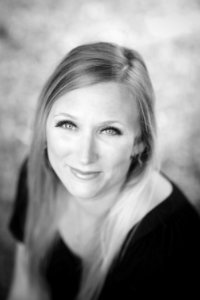 Amber Garr spends her days conducting scientific experiments and wondering if her next door neighbor is secretly a vampire. Born in Pennsylvania, she lives in Florida with her husband and their furry kids. Her childhood imaginary friend was a witch, Halloween is sacred, and she is certain that she has a supernatural sense of smell. She writes both adult and young adult urban fantasies and when not obsessing over the unknown, she can be found dancing, reading, or enjoying a good movie.  Find out more at www.ambergarr.com. 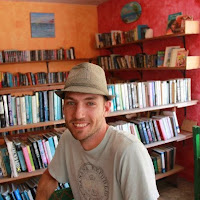 David Estes was born in El Paso, Texas but moved to Pittsburgh, Pennsylvania when he was very young. David grew up in Pittsburgh and then went to Penn State for college. Eventually he moved to Sydney, Australia where he met his wife. A reader all his life, he began writing novels for the children's and YA markets in 2010, and started writing full time in June 2012. Now he travels the world writing with his wife, Adele. David's a writer with OCD, a love of dancing and singing (but only when no one is looking or listening), a mad-skilled ping-pong player, and prefers writing at the swimming pool to writing at a table.
Find out more at davidestesbooks.blogspot.com

In between working two different jobs and confusing myself about which job I should be at, I'm also a proud Indie Author. My debut, Living in the Dark, will be released in November 2012. Once I've stopped squealing and jumping in circles, I'll continue working on the rest of the Darkness Through the Light Series.

When I'm not tapping away at my computer, you'll find me busting some moves to my favourite bands or setting up on the Beach to have a bonfire with the best group of friend's I could ask for.
Find out more at reflectivebookworm.blogspot.com 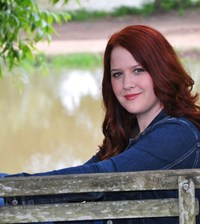 Stephanie Judice calls lush, moss-laden New Iberia, Louisiana, home where the landscape curls into her imagination creating mystical settings for her stories. She shares her small, southern lifestyle with her husband and four children. As a high school teacher of English and Fine Arts, she is immersed in mythology, legends, and art that serve as constant inspiration for her writings. Some of her favorite things are autumn leaves, southern accents, Gothic architecture, Renaissance festivals, family movie nights, and, of course, William Shakespeare. Writing is her haven for self-expression where imagination rules and dreams do come true.

RISING is her debut novel in the paranormal, teen series SAGA OF THE SETTI.
Find out more at the Saga of the Setti Facebook page.

And thank you for supporting this great cause!!