Hello Therians,
Today the spotlight is on The Uncommon Thread by R. Scott Anderson M.D.﻿ 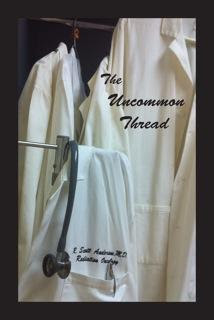 For the past three years The Uncommon Thread has been one of the most popular regular features of the JOURNAL of the Mississippi State Medical Association.

Only a state with a literary tradition as rich as Mississippi’s would dedicate a regular column to literary exploration as part of its monthly scientific medical journal. A strong literary commitment is not something new for the JOURNAL. The Uncommon Thread sprang fully formed from its progenitor Una Voce, which now continues under the pen of its founder Dr Dwalia South.

But, for two years a madman held Una Voce captive while its true author was serving as the president of the Association and then engaged in both her own and her husband’s battles with cancer. By the time she recovered and returned to restore sanity to her own column, the editors were stuck trying to find someplace to put a stream of consciousness gadfly that somehow continued to charm at least as many  readers as he antagonized.

Thus The Uncommon Thread was born. So, try a story or two, if you don’t like them, read a few more. Because, in here, you never know what’s going to show up next.
Get your copy today:
Amazon 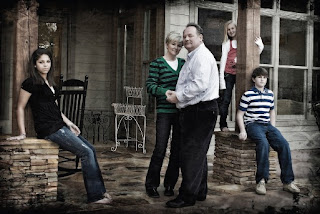 Russell Scott Anderson M.D. is a Radiation Oncologist who serves as the Medical Director of Anderson Cancer Center in Meridian, Mississippi. He is a former Navy diver who worked in operations in the Middle East, Central America, and in support of the Navy’s EOD
community, SEALS, the US Army’s Green Berets, the Secret Service, and the New York Police Department at various times during his time in the service.
Dr. Anderson received his bachelor’s degree from the University of Alabama, Tuscaloosa, and
his M.D. degree from UA’s School of Medicine in Birmingham. The father of seven has written the family oriented literary columns Una Voce and The Uncommon Thread in the JOURNAL of the Mississippi State Medical Association as Scott Anderson M.D. for the past five years. He has also written as screenwriter R. S. Anderson on several feature films, and author Russell Scott on his debut novel Time Donors Wanted (IsoLibris, 2011, Murder Mystery) and forthcoming novel The Hard Times.
Three of Dr. Anderson’s stories in The Uncommon Thread collection were nominated for the
small press Pushcart Prize award.
Having spent some years in San Diego and Virginia Beach, the author lives once again in the
Southeast and has settled for the past twenty years in the state of Mississippi with his wife and
children.


Now before you go, don't forget that you can
win a copy of The Uncommon Thread. in my