SPOTLIGHT: A Demon Lies Within by Tony Hubbard

Hello Therians!
In for a scary treat? Well today's spotlight will give you just that.
May I present A Demon Lies Within by Tony Hubbard!! 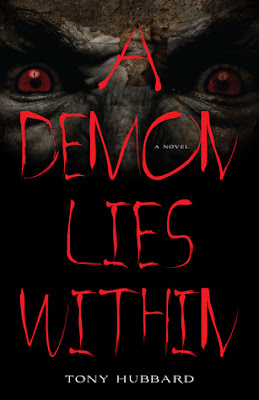 SYNOPSIS
The powers of hell that lie within are very real…


Following his murder, Andrew McMurray finds himself transported to the depths of hell. There he is indoctrinated as an apprentice to a demon master, Sonneillon. Exposing Andrew to the dark reaches of his evil powers, Sonneillon demonstrates a demons’ ability to posses, torment and control the thoughts and actions of the living. Andrew’s ultimate goal following his apprenticeship? Revenge on his wife, Katelyn and young son, Joshua, both of whom he holds responsible for his murder.

As Katelyn rebuilds her life, following her husbands’ death, she meets Michael Gordon, a recent escapee from Corporate America, who has his own troubled, tragic past. As their relationship grows, they realize they share something more than their burgeoning love for one another — the powers of hell have deeply impacted their pasts. Evil continues to insinuate itself into the pair's lives, bringing with it haunting and unspeakable horrors.

Andrew's plan of revenge begins to materialize once he inhabits Joshua, having him act out in often violent and disturbing ways. With possession of Joshua’s mind and body complete, will hell's ultimate evil goals come to pass, or can the local priest of a small Maine town exorcize Father from Son? At stake, doom-laden repercussions for all involved…and perhaps the world as a whole.

Praise for A Demon Lies Within


“This is a read that had me on edge from the very first sentence. This book gave me everything I could ask for and more. A Demon Lies Within is definitely one of the best books I have read this year and I dare anyone not to agree. Fans of Stephen King and The Exorcist will be drooling over this. It is that good. It is Horror, Paranormal, Thriller, and a Drama all mixed in a beautiful package.”
– Diana Ramsey, reviewer Offbeat Vagabond
“Mr. Hubbard’s debut novel is grotesque, chilling, and enjoyable with the perfect blend of suspense, action, and horror.”
– Dale Herring, reviewer The Geekdom of Gore
“But the more I read this book, the more I really liked it. It turned into more of, exactly what the title says, the demons that live inside of you, compared to the scary red-eyed demons that you see… or think you see. These demons were actually worse. This is one of those books that makes you kind of scared to go to sleep if you have a guilty conscience.”
– Kari Anderson, reviewer The Kari AnnAlysis
“Get ready for a dark journey…This is a difficult book to review simply because I don’t want to say something that will spoil the unbelievably riveting story for others. Several sections of this book turned my stomach due to their graphic nature. My God, but humans can be the most evil creature on earth. The writing style of Mr. Hubbard is mesmerizing and even during the most vicious sections, you can’t help but continue. This book reminded me of The Exorcist. Only better, in terms of the depth of the character portrayed and the emotional attachment I felt for them, especially the mother, Katelyn.”
– Ashley Fontainne, author of Zero Balance
“This will be considered one of the better horror books of this year, as it rightly deserves to be. It is graphic, horrific, and downright scary. If you like your horror, then do not miss this one. Tony Hubbard has written something that will see him catapult into the best sellers lists.”
– Stephen Ormsby, author of Long Lost Song
Get your copy now!!
Amazon

Barnes & Noble
IndieBound
My Book Orders
ABOUT THE AUTHOR 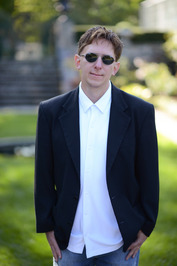 Tony Hubbard grew up like most boys in Massachusetts during the 1980’s, wanting to emulate basketball star Larry Bird and one day play for the Boston Celtics. Quickly realizing that a future as a professional athlete was something he would not achieve, he did the next best thing – became a sportswriter. As a long-time sportswriter, Tony covered high school, collegiate and professional sports, most notably covering the death of Boston Celtics’ star Reggie Lewis for The Patriot Ledger.

Growing up and reading the works of Edgar Allan Poe and Stephen King, he one day aspired to publish a novel in the horror genre as his ‘writing heroes’ were famous for. After many years away from writing, leaving his professional writing career behind to make a move into the production and advertising side of the publishing business, Tony makes a return with his debut novel. Eighteen years in the making, A Demon Lies Within, releases November 2012 from Two Harbors Press.

A follower of Greek Mythology, he sees himself in the same vein as the Greek God Dionysus, the Greek God of wine, parties/festivals, madness and merriment. Dionysus not only represents the intoxicating power of wine, but also its social and beneficial influences. According to Tony, we should strive to be like Dionysus.

Massachusetts born and bred, Tony has lived all across the state throughout his life. Today he is settled in Dracut with his wife and son.


Now before you go, don't forget that you can
win a copy of A Demon Lies Within in my

Email ThisBlogThis!Share to TwitterShare to FacebookShare to Pinterest
Labels: A Demon Lies Within, Book Lovers Holiday Giveaway Hop, Chapter by Chapter, Giveaway, Giveaway Hop, I Am a Reader Not a Writer, JKS Communications, Spotlight, Tony Hubbard