The Tides of Avarice by John Dahlgren

Hello Therians!
I have another exciting Sagaria legend for you :)
May I present The Tides of Avarice by John Dahlgren! 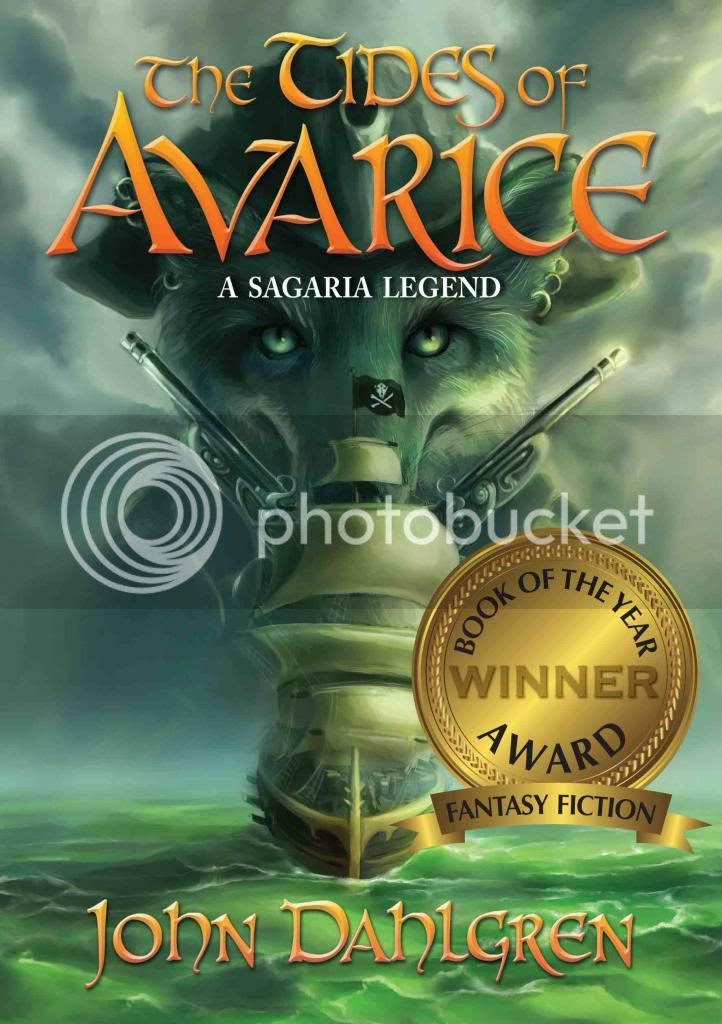 BLIMEY!
It’s something all pirates are taught when they’re small, but too many of them forget:
Never get on the wrong side of a librarian.
Especially if the librarian is a lemming!
Sylvester used to read about cannibals, impenetrable jungles, lethal carnivores, mysterious fortune-tellers, voodoo magic, cutthroat pirates, shipwrecks, mutinies, spaceships and much else in his books, but he never thought he’d encounter them for real.
Can Sylvester save his sweetheart, Viola, her frighteningly gritty mom and the other friends he’s acquired along the way? Can he find his long-lost father, rescue his hometown of Foxglove from the murderous rule of its ruthless mayor, and discover true happiness?
Oh, did we mention that Sylvester has mistakenly received the most sought after treasure map ever? This means he also has to escape from the cruelest and craziest pirate captain who ever sailed the seas of Sagaria – the horrifying Cap’n Terrigan Rustbane who will stop at nothing to get his map back! A map which leads to a treasure beyond the wildest dreams of avarice...
It’s kind of a tall order.
But then Sylvester is a librarian. And a lemming.

December 2012 – A librarian lemming took readers on a nautical pirate’s adventure in The Tides of Avarice, landing in a fantasy world set three hundred years earlier in John Dahlgren’s second young adult novel Sagaria. The Swedish author travels over seas himself for his first U.S. book tour in winter 2013.

As a trained psychologist, it’s no surprise most of the high praise Dahlgren has received for his writing focuses on the three-dimensional characters he’s created. Readers are particularly entranced by Tides villain Cap’n Rustbane’s constant mood shifts as a highly intelligent yet brutal man suffering from schizophrenia.

“Each character is unique and I’ve tried to get into their heads – definitely a work related hazard, being a psychologist – to see how each and every one of them would react when facing an unexpected situation,” Dahlgren said. “They also learn a lot about themselves during their adventures together.”

Having grown up close to the vast and untamed landscapes of Scandinavia, Dahlgren was influenced from an early age by the Nordic sagas and mythologies. The enchanting environment is evident in his young adult tales that re-introduce the Victorian writing style and a touch of cozy fairytale surroundings.

Dahlgren also spent time researching the books at natural history museums to compare animal sizes and traits, in Stockholm to study a well-preserved ship from the 17th century, and all throughout the caves, mountains and castles of Switzerland.

“Even when writing fiction and fantasy, things have to make at least somereal sense. Otherwise, the story collapses and the reader’s interest lost,”Dahglren explains. “As Mark Twain once said, ‘The difference between fiction and reality is that fiction has to make sense.’”

Tides became a Fantasy Fiction finalist in the International Book Awards and Silver Medal winner in Fantasy Fiction from ForeWord’s Book of the Year Awards. The magazine said the debut was “as cheering and as engaging a swashbuckling yarn as any a pirate lover could imagine.” Readers were just as pleased with Dahlgren’s second novel Sagaria, which re-releases as a three-part eBook series in January 2013.

Hugo and World Fantasy award-winning author John Grant describes Dahlgren as “constantly inventive,” and Bestsellersworld.com calls him “a masterful storyteller.” Lifestyle Magazine said Tides is “reminiscent of a furry version of Pirates of the Caribbean. The characters are endearing and the story has both depth and soul.” Book blogger Ray Mears said she found herself “outflanked” by Dahlgren, thinking she knew where the story was going, “only to find it took a completely unexpected turn. That hasn’t happened for a while. Buy it, read it, love it. Yarghhhhhh!”

Dahlgren studied creative and fiction writing at Oxford University. A member of the Swiss Psychologist Federation, he has also written nonfiction articles for numerous scientific journals and a Swedish magazine. 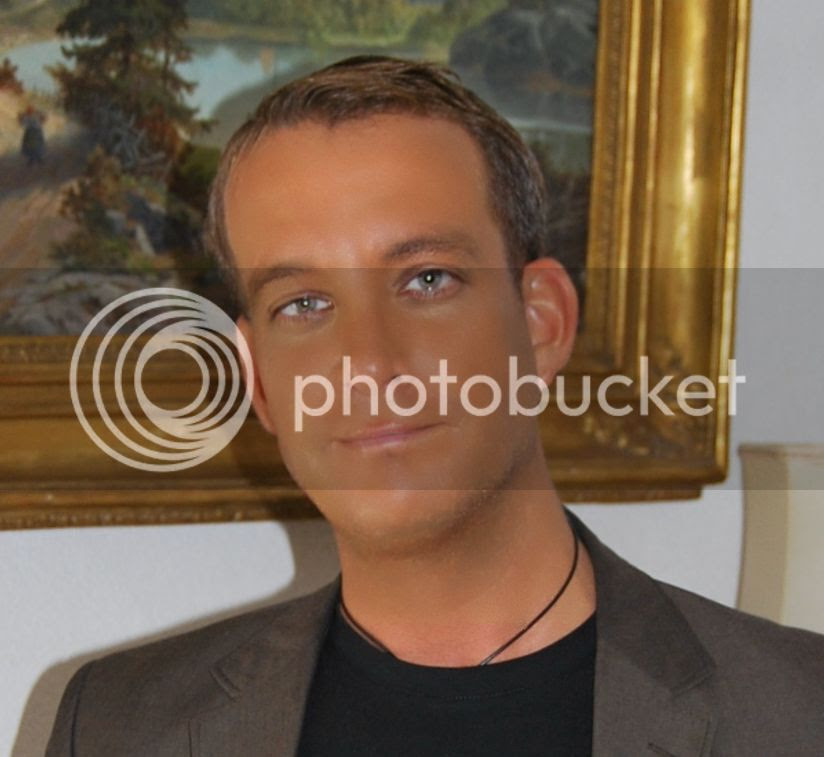 Born in Sweden, John Dahlgren grew up close to the vast and untamed landscapes of Scandinavia and was influenced from an early age by the Nordic sagas, fairy tales and mythologies. This enchanting environment triggered his imagination and later inspired him to become a fiction writer.

He went on to study creative and fiction writing at Oxford University and competed in the school’s short story contests each year.

As a trained psychologist and member of the Swiss Psychologist Federation, Dahlgren began writing nonfiction articles for numerous scientific journals and a Swedish magazine. But his passion was fiction, and so he debuted as a novelist in 2011 with the young adult story The Tides of Avarice, a finalist for best Fiction/Fantasy in the International Book Awards and Silver Medal winner in ForeWord’s Book of the Year Awards. He released months later a second YA fantasy novel, Sagaria, and is currently engaged in several book projects for both younger readers and adults.

Dahlgren lives now in Neuchâtel, Switzerland with his wife and two children, where he’s worked for the past twelve years as a marketing director at an international pharmaceutical company.