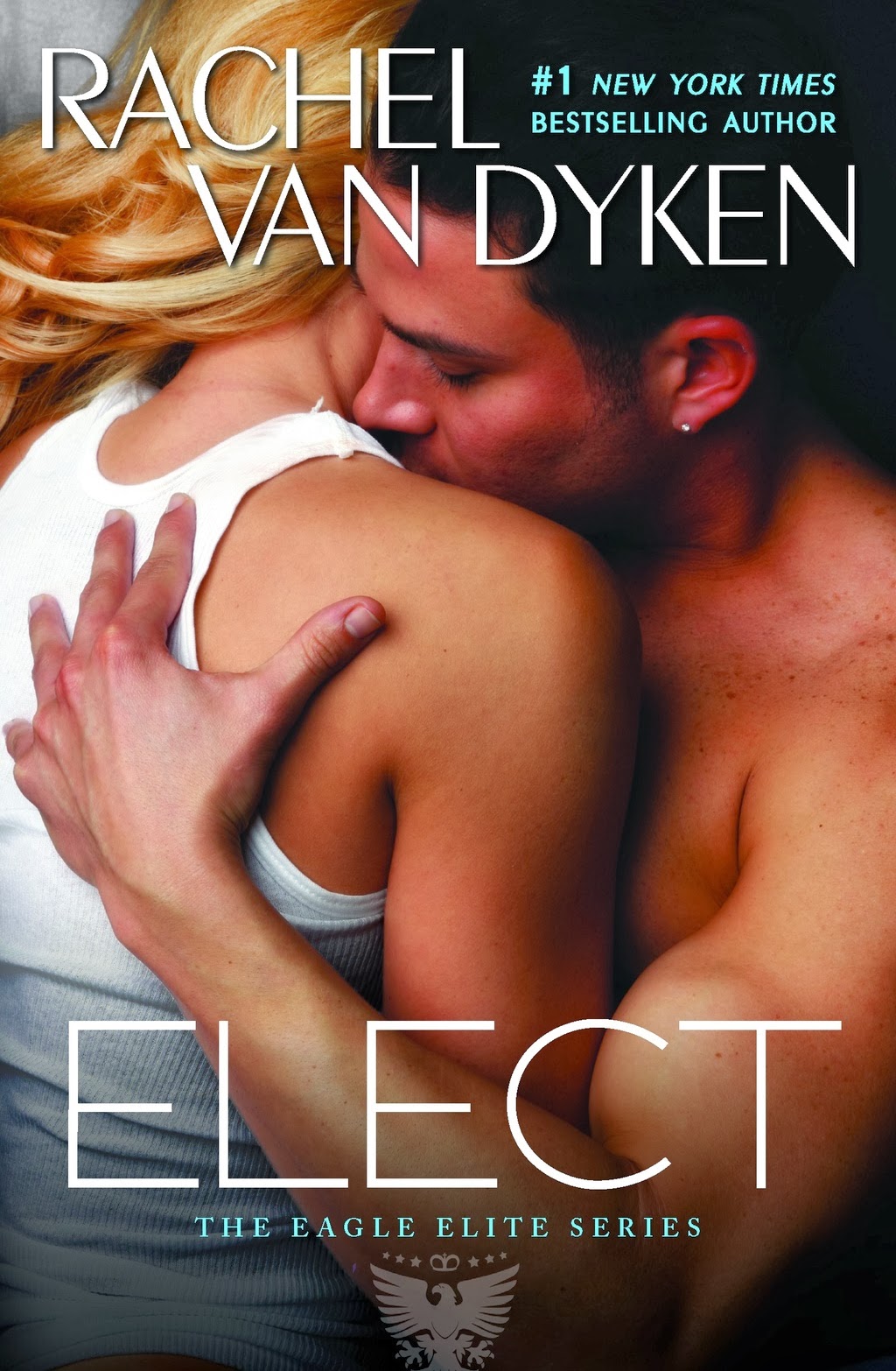 Would you die for the one you love?

Nixon Abandonato made his choice. And now he has to pay the price. Tracey is the love of his life, but being with him has made her a target of his family's enemies. The only way to keep Trace alive is convince the world she means nothing to him.

Trace Rooks has fallen irrevocably in love with the son of her family's sworn rival, and she knows in her bones nothing can tear them apart. Until Nix suddenly pushes her away and into the arms of his best friend... But Trace isn't ready to give up on a future with Nix--and if he won't fight for them, she will.
In the end, a sacrifice must be made. A life for a life. For what better way to cover a multitude of sins than with the blood of a sinner . . .

“Let’s make a pact.” Chase put his hand on my shoulder.
“A pact?” I sniffled and turned to him. “What kind of pact?”
“One that’s forever. One that protects people rather than hurts them.”
“How do we do that?” I was suddenly interested. What if I could make all the hurt go away? What if I could save everyone!
“We do this.” Chase pulled out his pocketknife and cut open his hand, then nodded to me to do the same thing. Without pausing I cut open my hand and handed back the knife. “Blood brothers. We’re never gonna hurt each other and we’re gonna save those like your ma, Nixon. Ones who can’t save themselves. We’re going to protect them.”
“How?” I watched as the blood dripped from my open palm.
“Rules.” Chase shrugged. “They keep people safe, right? At least that’s what my mom says.” He smiled. “We make rules and we start our own club. That way, we don’t have to listen to anyone but us.”
I liked it. I chewed on my lower lip. “What do we call ourselves?”
“The chosen?” Chase offered.
“No, that sounds lame. We have to sound… more powerful than that.”
My eyes flickered to the road, and a sign poked into the ground. It said election. “Elect.” I pointed. “Let’s call ourselves The Elect.” It made sense; after all, the president was elected, wasn’t he? We weren’t exactly chosen, but we were making the choice, we were electing ourselves protectors. That’s what we were.
“Who else can join?” Chase asked.
“Tex and Phoenix. They’ll want to.” A weight suddenly felt like it was being lifted off my twelve-year-old shoulders. “Should we shake on it?”
“Yeah.” Chase smashed his hand against mine as our blood mixed. “No going back, Nixon.”
“No.” I shook my head. “No going back.”

I pressed my fingers to my temples and watched, replaying that moment over and over again in my head as the outline of Chase and Tracey flickered in the moonlight. Would he really do this to me? After all the shit we’d been through?
I gauged her reaction, hoping that I would be wrong. Praying to God that Trace would just this once listen to me. Her eyes flickered with interest for a few brief seconds before she looked down at the ground.
“Shit.” I waited in the shadows. A part of me knew this would happen. The part that told me to damn my feelings to hell and ignore all the warning signs that I’d been seeing. But now it seemed like it was too late. I stayed, planted where I was, watching, waiting.
“Chase, you can’t…” Trace shook her head. “You can’t be like this. We can’t do this!”
“We aren’t doing anything,” Chase said in low tones, reaching for Trace’s hand. “Don’t you?” He looked directly at me, although all he saw was a shadow. I knew I was well hidden. “Don’t you feel the same way?”
Trace jerked her hand away from Chase’s. “It doesn’t matter what I feel. It’s not about me, Chase.”
“But it is.” Chase reached for her again. This time her hand grasped his in such an intimate embrace I thought I was going to vomit all over the ground. The outside air was cold as hell as little pieces of ice tried to find their way into my wool coat.
“It isn’t.” Trace sighed. “It never was.”
Chase jerked her toward him. She fell against his chest and looked up into his eyes. “What are you doing?”
Chase sighed. “What I should have done a long time ago.” He grabbed the back of her head and pulled her in for a kiss. Their lips touched.
I had to look away.
The only sound in the night was that of my soft footsteps as I walked away… leaving my heart in broken pieces where I’d last stood. She was lost to me; it wasn’t even the Sicilians that had taken her, but my best friend.
A gunshot rang out loud and clear in the night air. I turned back around just in time to see Trace collapse into Chase’s arms. 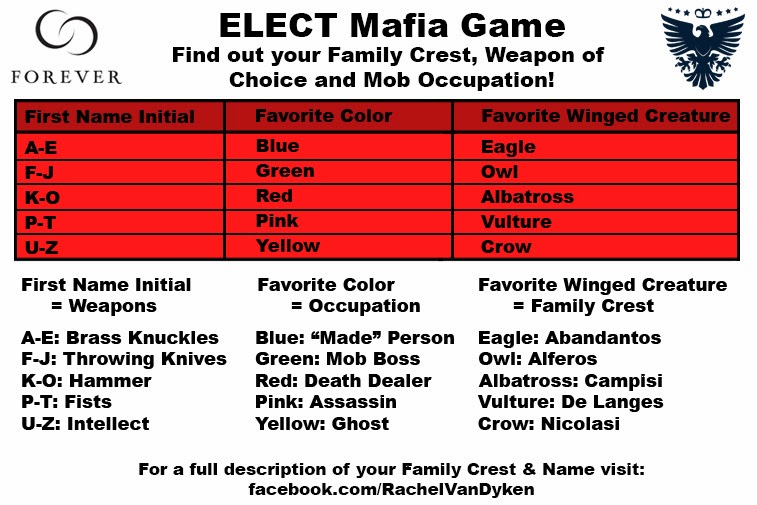 I haven't read the first book in this series but after reading Elect, I will definitely make a point of adding Elite to my TBR, because the story was fascinating. There's enough back story in this book to give me an idea of what happened in book one, and so that I didn't feel completely lost, however, I really want to read all about how it all began for the amazing characters I had the pleasure of meeting.

This is the first book I've read that is solely from the male POV, and it was so moving. The pages of this book drip with passion, and not only in reference to the sexual tension/chemistry between characters, but the love shared within this family that was heart-wrenching. It was raw and painful but pure all at once.

Lies, treachery, betrayal and loyalty make for an exciting plotline that delves into the lives of the different mafia families. It showed the depths to which they'd go to protect those they loved, whilst upholding the family code, no matter how ugly things got. There was plenty of suspense and great twists that kept me guessing all the way through.

The love story in this book may be a love triangle, but it was completely different from anything I've read before; as the players had to make difficult choices - to do what was right, or to follow their hearts and go after what they wanted at any cost. Either way someone would lose, someone would get their heart broken, and my own shattered in the process. In my eyes, there was no clear winner, both were deserving, and Trace was left to make the ultimate decision. To follow her heart or follow her soul.

The ending was not a complete cliffhanger, but it definitely sparked my interest in the next book. I am intrigued to see how things will play out. Will it ease some of the pain, or will it only result in more devastation?

"Even in your death you'd win, Nixon." He paused. "Because you fought, and regardless of the outcome, your success was in the journey." ~ Phoenix De Lange, Elect by Rachel Van Dyken

"I keep order in a world full of chaos. I am perceived as evil, but true evil? The type that people fear - it masquerades as something far more worse than darkness." ~ Luca Nicolosi, Elect by Rachel Van Dyken

5  WINNER: SIGNED Forever gift bag, Signed PRINT copy of ELITE
(to catch you up on the series!)

Rachel Van Dyken is the New York Times and USA Today Bestselling author of regency and contemporary romances. When she's not writing you can find her drinking coffee at Starbucks and plotting her next book while watching The Bachelor. She keeps her home in Idaho with her Husband and their snoring Boxer, Sir Winston Churchill. She loves to hear from readers! You can follow her writing journey at http://rachelvandykenauthor.com/