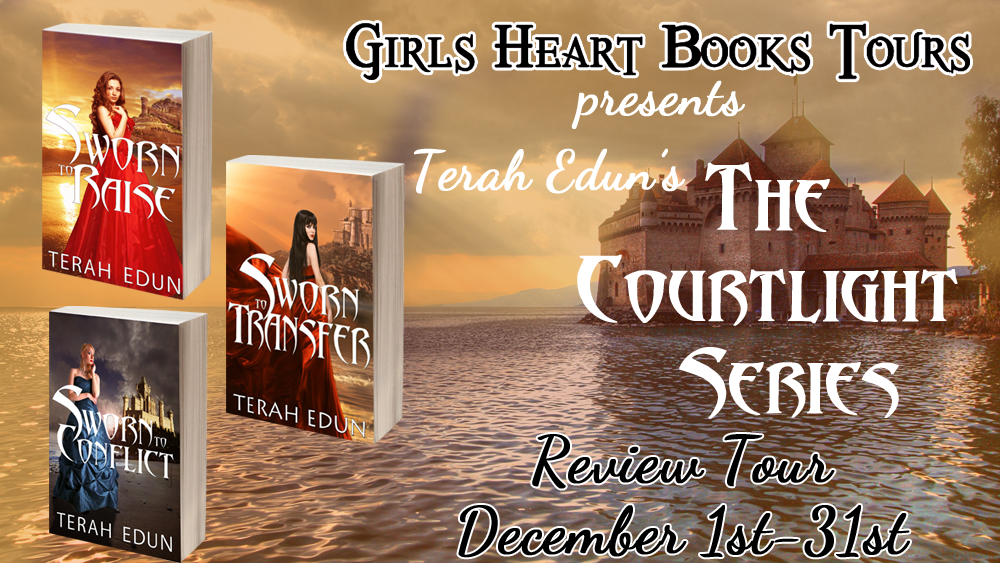 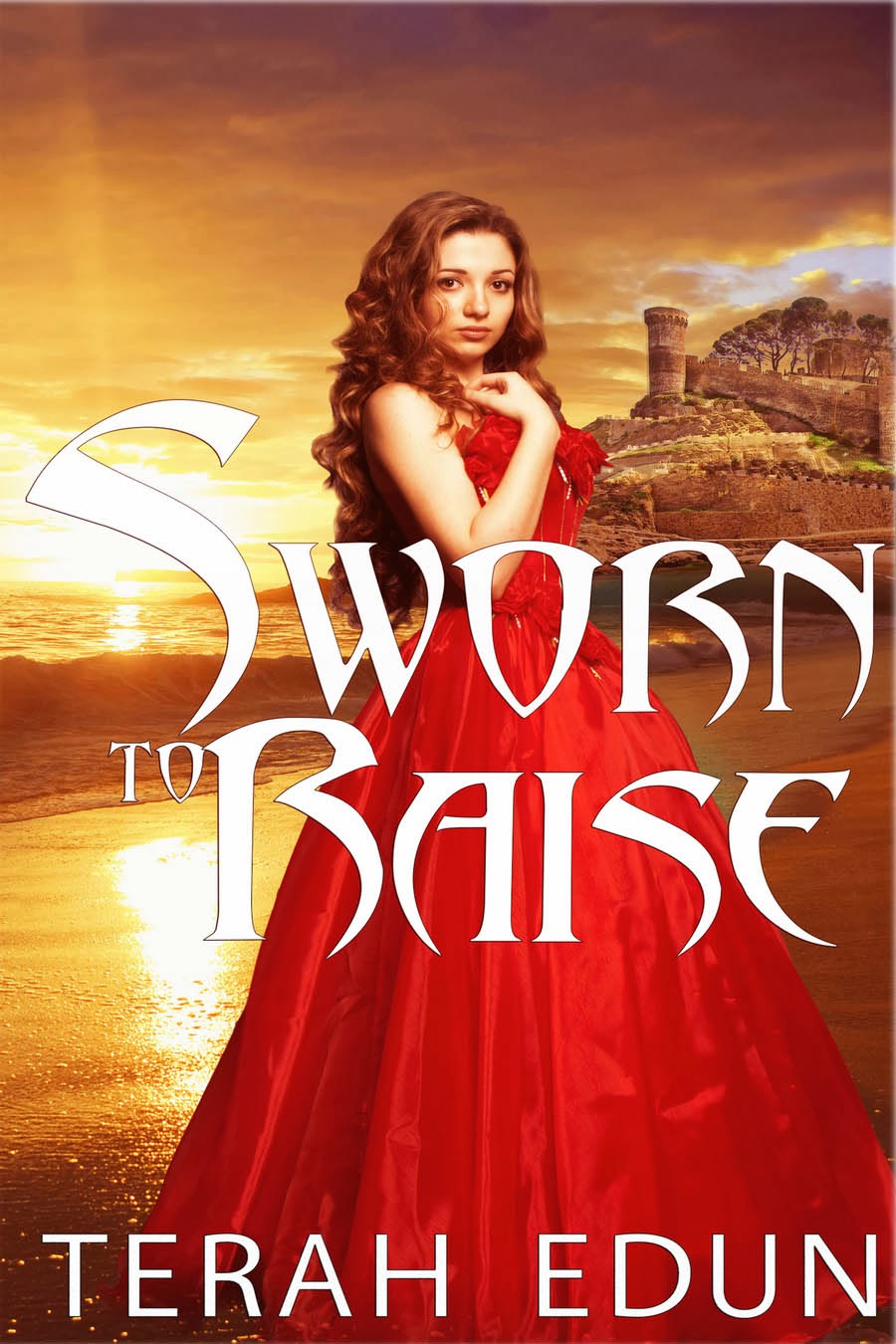 Seventeen-year-old Ciardis has grown up in poverty, a cleaner in a small vale on the outskirts of the empire. But beneath her empire’s seemingly idyllic surface lies a hidden secret. Whispers of an inept crown Prince are growing ever louder—intensified by the five year anniversary of the soulbond initiations.

Amidst scandalous whispers, Ciardis finds herself chosen to train for the Companion’s Guild. She leaves her home and sets off on a personal journey to become a Court Companion. A position she’d never thought possible for a lowly servant to obtain, she must prove that she has the skills to attract a Patron.

But she must master those skills quickly. If the legends are true, only Ciardis can harness the power to raise a Prince in an Imperial Court sworn to bring him down.

This was a stunning debut to a series that promises plenty of action and adventure.

There were many exciting plot twists that saw a girl go from being orphaned and poverty stricken, to harnessing a unique power that was thought to have died off with her kind. Add to that the mystery of who was trying to overthrow the Prince Heir, and why, and I was enthralled.

I was intrigued by the different types of power and magic found within the pages of this book. They were all very exciting and written in a way that made them unique to anything I've read before. The entire idea of the Patron Hunt seemed a bit barbaric, but again, it was refreshing and made this book stand out from the rest.

Although this book was an action-packed, adventure thrill ride, I wish there had been more romance (because who doesn't love a bit of romance, right?!?); at least the budding of a romance between Ciardis and one of her patrons, or someone else entirely. I think things may develop a bit between Ciardis and Sebastian, but because he is so young I cannot see him as the gorgeous hero of this story. I'll have to dive right into the next book to find out. I have high expectations, and am looking forward to being pleasantly surprised. Who knows, the Prince Heir, now that he has control of his powers, may just grow into the swoon-worthy hero who sweeps Ciardis off her feet. Or they may remain friends who live an adventurous life together. One things for sure, there promises to never be dull moment where Ciardis is concerned and I'm looking forward to continuing the journey with her.

Chec out all the stops on the Review Tour. 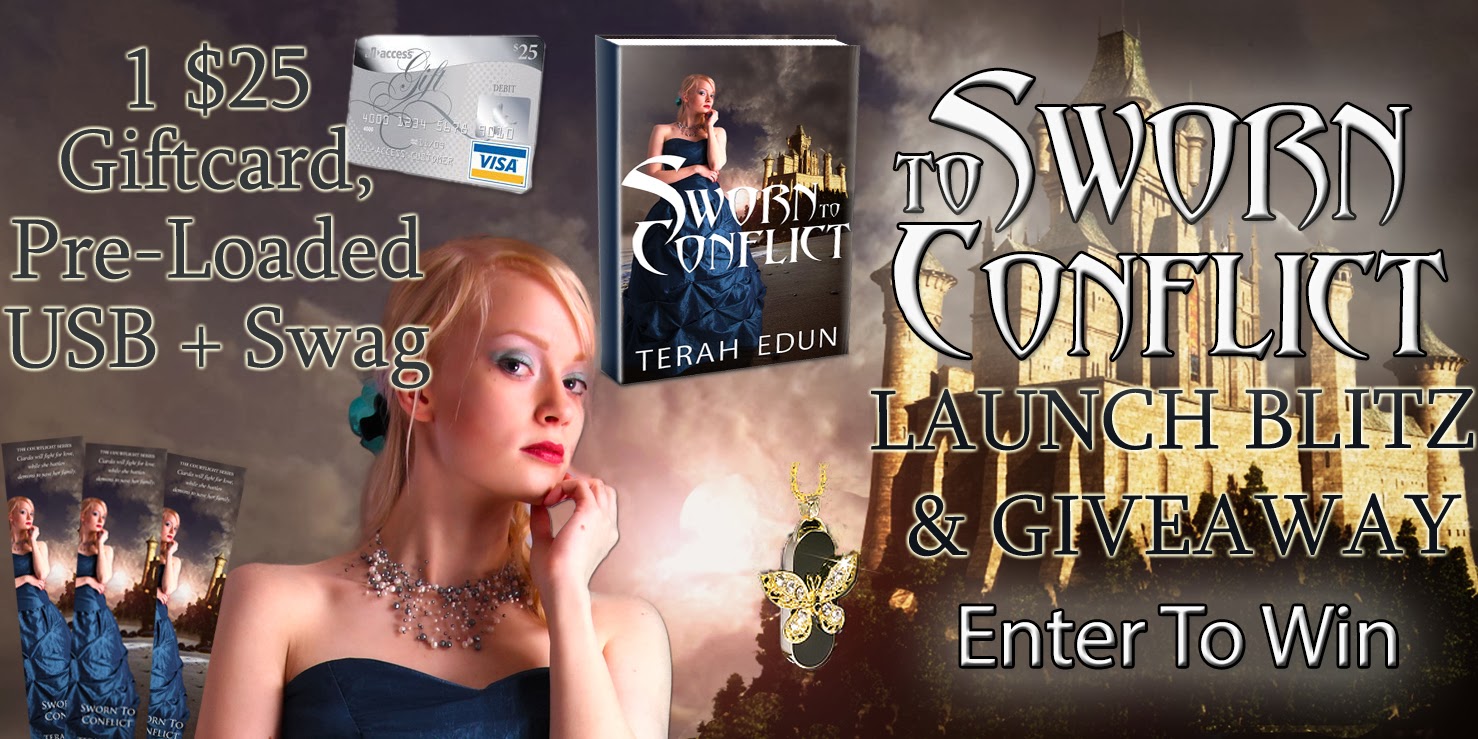 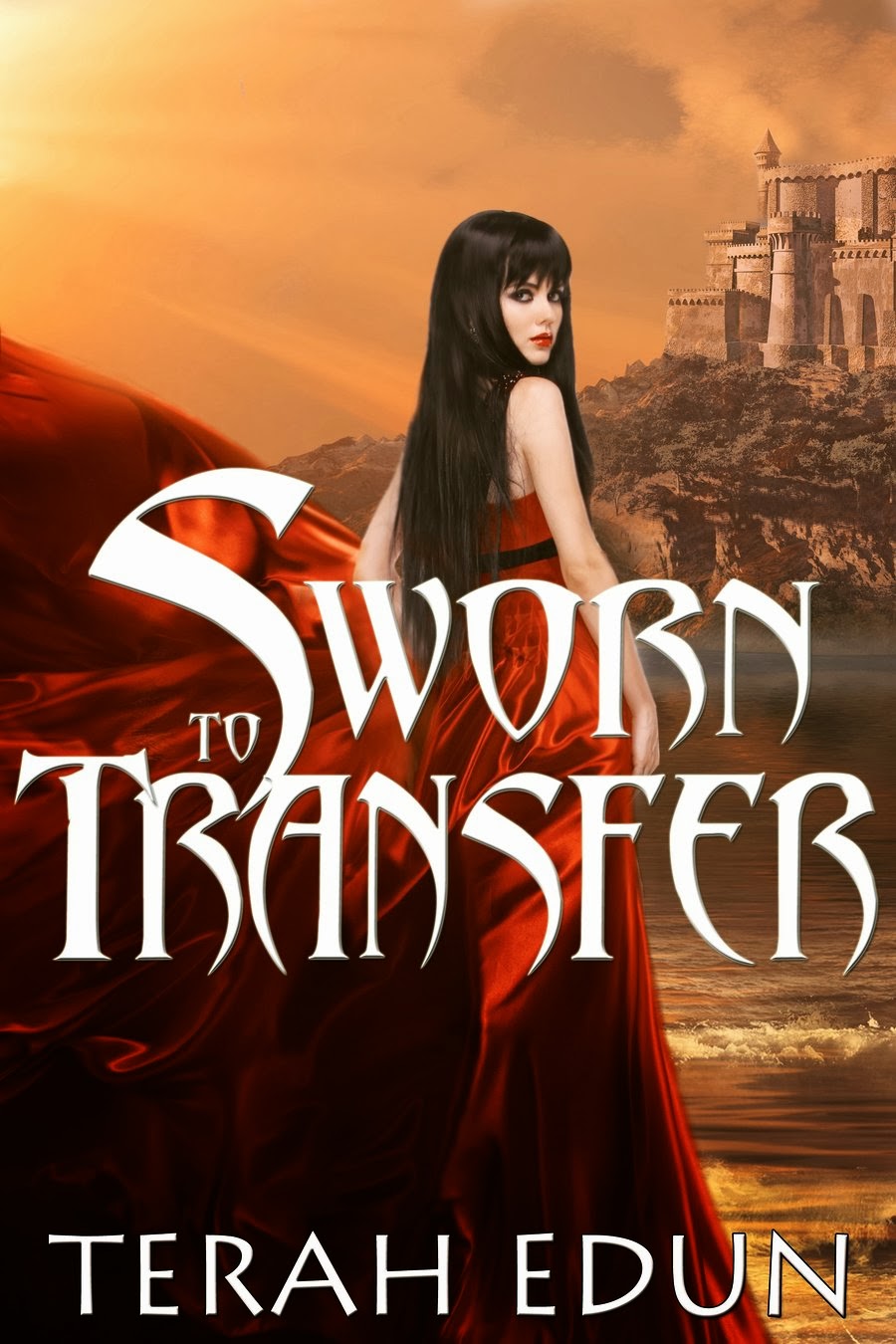 
Eighteen-year-old companion trainee Ciardis Weathervane has won the friendship of the royal heir and saved his claim to the throne. Yet her interference in the inheritance rights leaves more harm done than good. The Ameles Forest lies unprotected and its inhabitants are dying.

As humans begin to die in gruesome deaths, the Emperor dispatches the royal heir to the forests with the solution to the kith concerns.

With enemies closing ranks in Sandrin, Ciardis can little afford to leave the city’s nest of vipers to take on a new task. But she’s given no choice when her loyalty to the crown and courts are called into question.

To keep the Companions’ Guild happy and the favor of the Imperial Court, Ciardis will be tested in frightening new ways, especially when she’s faced with an obstacle that could risk the lives of her friends and the family she never thought she had.

This second novel continues the story of Ciardis Weathervane from Sworn To Raise. 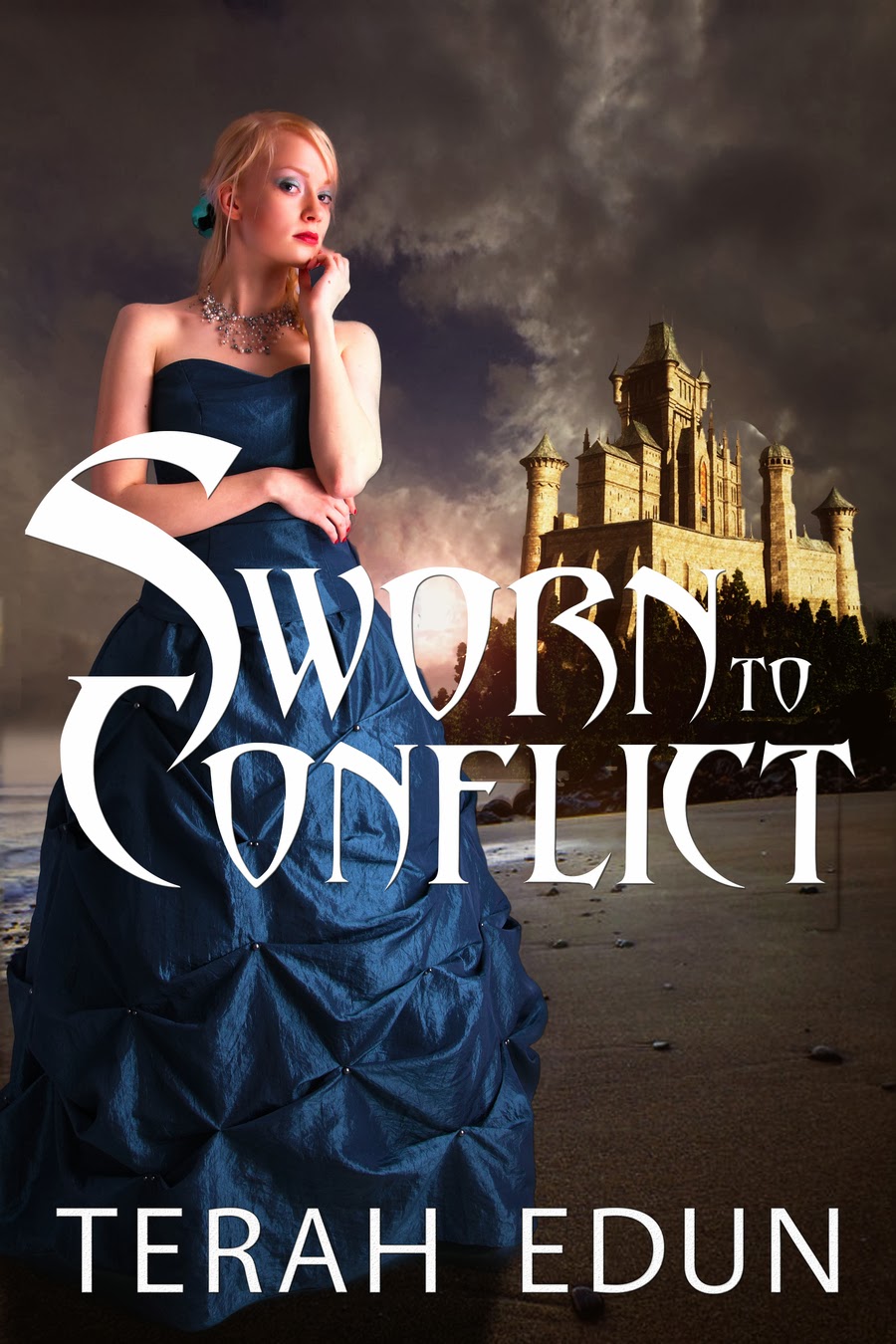 Ciardis Weathervane fought for the living dead and won. But worse than taking on a mass murderer, was her discovery that she had been deceived by her friends. Now she needs to not only fight a war in the North and survive, but also decide where she stands in the midst of competing sides.

A threat to all she holds dear lies in the North and her heart is not the only thing she might lose. A massive army awaits in the mountain pass, surging closer to the gates of the southern lands. Nothing the Algardis army has done so far has dissuaded their march forward and Ciardis finds out that her powers to enhance are needed now more than ever.

As she faces her greatest fears on the battlefields and her heart is torn between her love of Sebastian and loyalty to her family, Ciardis must choose her fate carefully. For in her path, lies the destiny of the empire.

This third novel continues the story of Ciardis Weathervane from Sworn To Transfer.

Terah Edun is a young adult  fantasy writer born and raised in the Atlanta metropolitan area, who transplanted to the Northeast region for college, and has spent years living abroad in South Sudan and Morocco. She writes the stories that she always loved to read as a young girl.