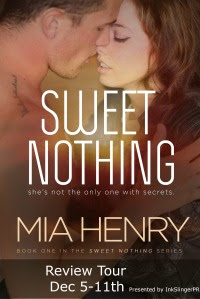 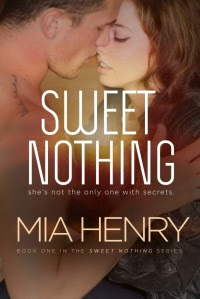 Elliot Halloran is running away. Away from her privileged Manhattan upbringing and a promising future at business school. Away from her family, which plummeted from A-list to disgraced after her criminal father’s atrocities were exposed. Despite the guilt Elliot feels for abandoning her family, she has no choice. She is too recognizable to live life as the person she has always been. So when an old family friend offers her a position as an economics instructor at Miami’s elite Alford Academy, Elliot jumps at the chance to distance herself from her past. She cuts her hair, changes her name, and vows never to speak of her old life again.

Keeping her identity hidden is harder than Elliot expected, especially with a roommate who seems to be on the verge of uncovering her true identity. As she fumbles through the opening chapters of her new life, Elliot encounters an entirely unforeseen obstacle: photography instructor Luke Poulos. Luke is sensitive and spontaneous. An art lover. Smart. Everything Elliot has ever wanted. Luke and Elliot’s connection deepens when she learns that he lost his parents in a car accident when he was a teenager. Like Elliot, Luke understands that life can shatter in an instant.
Elliot knows that a relationship with Luke is impossible; that he would never love her if he knew the details of her past. But as she struggles with whether to open herself to love or keep her true self locked away, Elliot learns that she’s not the only one with secrets.


Go to the Rafflecopter Giveaway!

I really enjoyed this book, and I'm looking forward to reading the follow up.

The characters were all really great. Elle was sweet, and even though she'd grown up in a wealthy Manhattan family, she seemed really down to earth; very real, warm and friendly. I particularly loved Gwen. She was fun and funky, and such an amazing friend to both Elle and Waverly. Waverly was great too, but I got the feeling she wasn't always genuine.

I loved the way in which Henry made Aria, Elle's baby sister, a part of the story. Her presense was felt at the beginning of each chapter with her emails to Elle and my heart went out to the poor girl. She was trapped in all the drama and she kept asking for a way out. I only wish things had turned out better for her, but I have hopes that I'll get to see more of her in the next book, and that she'll be just fine.

One thing that stood out for me in this story was that the characters were very real, and they dealt with MOST of their problems in a very mature way. Even though Elle flipped out when she met Ashley and Lilah - anyone would in that situation - once the air was cleared things moved forward. Elle made mature decisions and didn't make everything about her. Even Luke, he looked past his anger, when he found out the truth about Elle,to what really mattered to him. Instead of this book being filled with a cat and mouse game of constant misunderstandings, the characters sorted things out and moved on.

This really was a stunning debut, with a bit of mystery, a ton of romance, and fun characters that will have you wanting more. I know I certainly do.

Mia Henry adores all things romance, from steamy stories to ugly cry-inducing movies. She lives in Florida, where she dreams up storylines during beach walks with her muse, a ferocious 8-pound pup named Lulu.