From the author of the New York Times bestselling Bad Boys novels comes the second book in a dark, sexy contemporary trilogy.

He’s a fighter who never loses, but is he tough enough to win her heart?

There was a time when I had everything–a wonderful family, a bright future. Love. But all that was taken away in a single night, torn from me like flesh from bone. Since then, I’ve hidden away in my second-choice job as a makeup artist. But I prefer it that way, actually. I’m comfortable in the shadows, where no one can see my scars.

Kiefer Rogan literally took my breath away the moment I met him. MMA champion-turned-actor, notorious playboy, charming to a fault—he’s everything I vowed to avoid.

But he just wouldn’t stop until I opened up and let him in. Maybe I should’ve tried harder to resist him. Maybe I shouldn’t have fallen in love with him. Because I, of all people, know that everyone has secrets. Scars. And that they’re usually ugly and painful and destructive to the people we love most.

I just never guessed that they could be deadly, too.


Get Strong Enough, the first book in the Tall, Dark, and Dangerous series on Amazon | iBooks | Nook | Kobo | Google Play 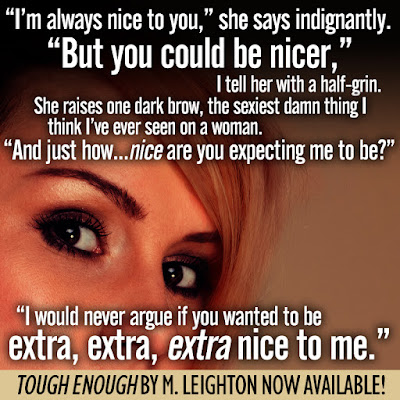 REVIEW
This book was a thrilling rollercoaster ride of love and courage, that saw two very different, but very similar characters battle their demons as they fought to hold onto each other.
There was a lot of mystery behind Katie's past and the reason she had built a fortress around her emotions, and I really wanted to know what had happened because I liked and cared for her so much. She was sweet but with a little bit of feistiness that simmered just under the surface. Rogan didn't quite strike me as the player he was, at first, made out to be, and I found myself instantly liking him, too - and not just because he has a killer smile and smoking hot body. He seemed like a really genuine guy and my heart kinda broke for him for the way he was treated by Kurt.
As the story developed, and as each of their pasts came to light, the more my heart broke for these two amazing people. I was completely shocked by what Katie had been through, and then when she revealed the extra devastation that touched her life at such a horrible time, I was close to bursting into tears. Rogan's life was anything but a bed of roses and he fought so hard to survive, and so hard to protect his brother, that I just wanted to reach into the book and give him a hug. With all their past hurts I was so happy that they found each other and were able to slowly piece together the parts that were broken.
This book tore into my soul and left me feeling with a beautiful sense of hope that no matter how terrible life seems, there may just be something good waiting at the end - and, to give others a chance, they may just surprise you. It was a fantastic read. 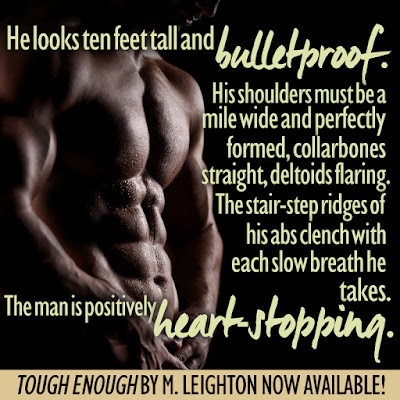 New York Times and USA Today bestselling author M. Leighton is a native of Ohio. She relocated to the warmer climates of the South, where she can be near the water all summer and miss the snow all winter. Possessed of an overactive imagination from early in her childhood, Michelle finally found an acceptable outlet for her fantastical visions: literary fiction.

Having written over a dozen novels, these days Michelle enjoys letting her mind wander to more romantic settings with sexy Southern guys, much like the one she married and the ones you'll find in her latest books. When her thoughts aren't roaming in that direction, she'll be riding horses, swimming in ponds and experiencing life on a ranch, all without leaving the cozy comfort of her office.

Sign up for her newsletter here, and be the first to know about exclusive giveaways, new books, and awesome fan-only perks! And join Michelle in her superfan Facebook group, Laid Back with Leighton, right here!