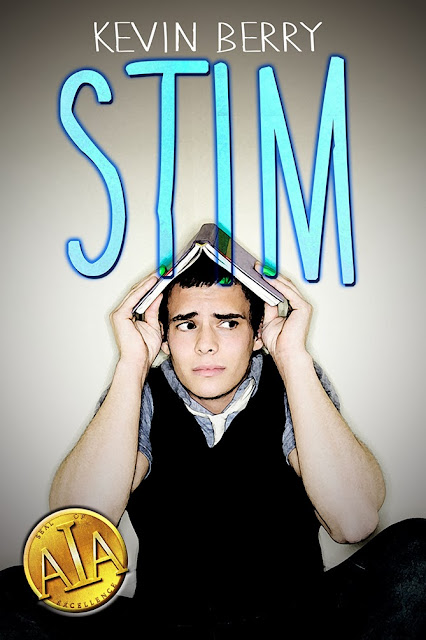 Robert is different. He has Asperger’s Syndrome. He experiences the world differently to 99% of the population. Follow his entertaining and highly empathetic story as he struggles to realise and accept who he really is, try to understand other people—which he cannot—and find a girlfriend. Especially find a girlfriend—he’s decided it’s his special project for the year. Accompanied on this transformative journey by his quirky flatmates, Chloe (who also has Asperger’s, amongst other things), Stef (who hasn’t, but doesn’t mind) and their oddly-named kitten, Robert endures a myriad of awkward moments in his quest to meet a nice, normal girl…and not even a major earthquake will stop him.

This absorbing and humorous story is starkly told from Robert’s point of view, through the kaleidoscope of autistic experience.

There is a well-known equation, known as the Drake Equation, that is used to estimate the number of detectable, sentient, communicative races in the galaxy (besides us, if we consider ourselves as one of them). It works (or does not work, according to its critics) by guessing the value of a lot of variables, such as the fraction of stars which have planets, and the fraction of planets which develop intelligent life, amongst other things, and multiplying them all together. Depending on the values chosen, the equation produces a number between zero (we are alone in our galaxy) to billions (we have lots of intelligent neighbours in the galaxy).
I decided to modify this equation to estimate the number of potential girlfriends for me in Christchurch. Here is my Girlfriend Equation, for a Scientifically Calculated Reckoning of Eligible Women (or SCREW score):

G = the number of potential girlfriends for me in Christchurch;

P = the population of Christchurch, which is about 400,000 (I am not interested in a long-distance relationship, so I am restricting this variable to my home city);

fw = the fraction of the population made up of women, which is about 50% (I am not interested in a gay relationship, so I will calculate for females only);

fa = the fraction of the above women within one year either side of my own age, so aged about 18-20, which I estimate at about 5% (I do not want to date a schoolgirl, and women aged 21 or over will surely be too sophisticated for me);

fi = the fraction of the above women who are highly intelligent, say with an IQ within the top 5%, which is (obviously) a certain 5% (because we must be able to talk to each other at approximately the same level);

fs = the fraction of the above women who are currently single, which I…um…guess is about 50% (I do not want to date someone already dating someone else, as I do not want to get involved in threesomes or a trinogamous relationship);

fp = the fraction of the above women who I find physically attractive, which is…er…about 10%, at a guess. I do not know exactly (I think physical attractiveness is probably quite important for the sex aspect of the relationship);

fr = the fraction of the above women who reciprocally find me physically attractive, which is even more difficult to estimate…so about 20%, at a guess (yes, this is double the percentage I estimated I find attractive, but I am not unhandsome, you know);

fg = the fraction of the above women who will get along with me and tolerate my Aspie ways… Hmm, hard to estimate… I will be generous and guess 20% (most women are likely to consider me too weird to go out with, as Chloe told me).

Treating all of the above as independent variables, which is maybe a little questionable as some of them are probably correlated, I plugged all of the values into the equation, which became:

Multiplying everything together, this equation of somewhat dubious credibility results in:

Let's face it.  Every author gets mixed reviews, even (and perhaps especially) the top bestsellers.  Just like we're not all attracted to the same kind of people, we don't all like the same kind of books.

Most readers know this.  And a negative review, if constructively written, can help them decide to buy your book, because whatever the reviewer didn't like might be exactly what the next reader does like in a book.  The only negative reviews that don't help are one like 'This book sucks' that tell you nothing about it.

Of course, every author likes to get lots of good reviews and 4 or 5-star ratings, but even those can be misleading.  It's said that reviewers on Goodreads are harsher than those on Amazon, for instance.  Individually, some people might give very few books a 5-star rating, but others might give every book they like a 5-star rating.  It's hard to compare.

Even the overall rating can be misleading as to how good a book is going to be for you individually.  Here's why.  Imagine two books:  the first is a well-written, but run-of-the-mill, novel that nearly everyone likes, with mostly 4-star ratings and a few 3-star and 5-star ratings to give a 4.0 rating overall.  The other book is different, and half of the readers don't 'get' it and don't like it (and give it a 2-star rating), and the other half really love it and give it a 5-star rating.  The overall rating for the second book would be 3.5, well below the first book, even though half of the people who read it gave it 5 stars, and half of new readers would like it at least as much as the first book.  In this case, it comes down to a choice between a book you'll probably like and a book you'll either love or hate.

What is probably more important in choosing a book is the ratio of 5-star ratings to the total, or whether people who appear to like the same kind of books as you liked it or not. 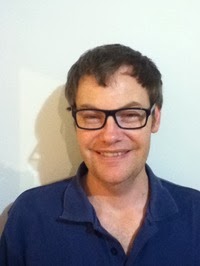 Kevin Berry is an indie author. His particular niche is writing Aspie New Adult contemporary novels set in an earthquake zone. The first of these is STIM, published in October 2013.

His first novels, co-written with Diane Berry, are Dragons Away!, Growing Disenchantments and Fountain of Forever (humorous fantasy). These are available as paperbacks and ebooks at Amazon and elsewhere.