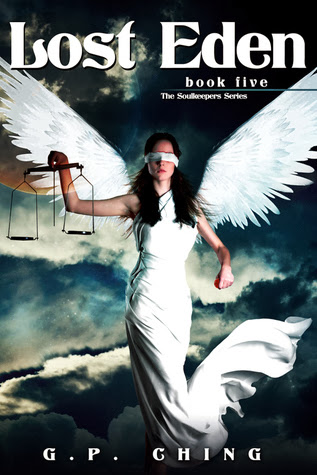 When Fate gave Dane the water from Eden to drink, she did more than save his life. She changed his destiny.

Since the beginning, a compact between God and Lucifer has maintained a tenuous peace, balancing Soulkeepers and Watchers and the natural order of things. Dane upset that balance the day he became a Soulkeeper. Fate broke the rules.

Now, Lucifer is demanding a consequence, requiring Fate to pay the ultimate price for her involvement. God intervenes on the immortal’s behalf but in order to save her soul must dissolve the compact and with it the rules, order, and balance that have kept the peace. A challenge is issued. A contest for human souls begins. And the stakes? Earth. Winner take all.

The Soulkeepers are at the center of a war between Heaven and Hell, and this time, nobody, anywhere, is safe from Lucifer’s reach.
Amazon I Barnes and Noble I iTunes I Kobo

EXCERPT
“Hello, Abigail.” The velvet smooth voice lassoed her shoulders, stopping her short.
She turned to face her enemy. At first the man’s attire, a double-breasted suit with Italian loafers, threw her. Very human. But then she noticed his eyes matched the deep navy blue, almost purple color of his tie. A Watcher, for sure. Human beings didn’t have eyes that color or noses that straight. He twisted the gold, lion’s head ring on his manicured finger.
Lucifer was the Lord of Illusions, and his followers boasted similar talents, but under it all, Abigail knew the Watcher’s skin and blood were black as tar. “How is your illusion so strong during the day?” she spat, nervously. Distraction was her only hope.
“Well fed.”
“Who are you? I deserve to know who Lucifer sent for me.”
“You don’t remember me, Abigail? That hurts. We were once very close.”
A deadly smile crossed his full lips, and he smoothed a hand over his meticulously styled black hair. Abigail tried to place his voice, but in her human form all she could sense was the illusion. Worse, the smell of freshly baked cinnamon rolls had filled the maple grove. His sorcery drew her in, luring her, a fly to the spider’s web. The smell triggered a memory of a long ago day, before Lucifer had become jealous of God and led the Watchers to fall from grace.
This Watcher had chosen an illusion not far from his appearance as an Angel. Abigail shook her head. Lucifer must be serious about her capture to send his right hand man. “Cord.”
He took a step closer. “Good girl. I see your senses haven’t completely dulled with your humanity. Now come, Lucifer is waiting.”
Abigail took a step back, dropping into the fighting stance Lillian had taught her.  She wasn’t completely defenseless. She’d learned the martial arts basics Lillian insisted all of them learn. Cord took another step toward her, and she whipped her knife from her boot. “I think it’s you who have lost your senses, Cord, if you think for a second I’m coming with you willingly.”


What does it mean to be a Soulkeeper?

As I release the fifth book in my Soulkeeper series, I’m reminded of what it means to be a Soulkeeper. In my novels, the Soulkeepers embody a few important characteristics the world needs most.


2. Feel a responsibility for others


3. Accept others for who they are


4. Accept themselves for who they are


5. Take action for the greater good.

With that in mind, and since we are closing in on the holidays, I thought I’d take a moment to be thankful for three real-life Soulkeepers.

Malala: She took a bullet to the head to stand up for what she believed in. I find this modern day Rosa Parks inspiring and know that her work to give girls in Pakistan the right to an education has made a world of difference. Every time I see her picture, I am thankful for being born in a country where it is legal for girls to go to school. Learn more about Malala at http://youtu.be/gjGL6YY6oMs.

Jack Andraka: At the age of fifteen, after the death of a family friend, Jack researched and developed a rapid test to detect pancreatic, ovarian, and lung cancer in its early stages. Just to find a lab to test his protocol, he wrote to 200 professors at John Hopkins and the National Institutes of Health with a plan, a budget, and a timeline. He received 199 rejections before the one acceptance that made all of the difference. Jack won the 2012 Gorden E Moore award, the grand prize of the Intel International Science and Engineering fair. You can watch Jack’s story at http://www.cbsnews.com/video/watch/?id=50157066n

So, readers, do you know any Soulkeepers? Who else do you think belongs on this list? 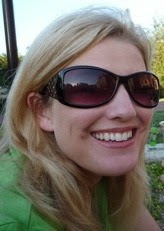 ABOUT THE AUTHOR
G.P. Ching is the author of The Soulkeepers Series, Grounded, and a variety of short fiction. She specializes in cross-genre paranormal stories, loves old cemeteries, and enjoys a good ghost tour. She lives in central Illinois with her husband, two children, and one very demanding Brittany Spaniel. Visit her at www.gpching.com and www.thesoulkeepersseries.com.
Author Links: