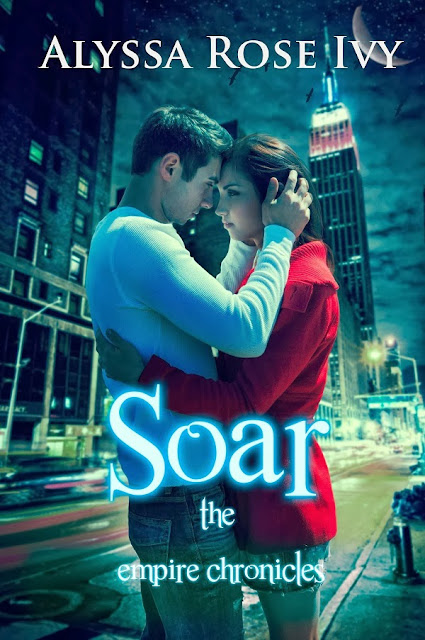 In the city that never sleeps the Chronicles continue…

Serving coffee is temporary, just like Casey's year off from school. She’s going to come up with a plan to stay in New York City and go back to college, and that plan does not involve dating a paranormal creature—let alone two.

Running the supernatural society of New York is not as fun as it sounds, especially when you still have to answer to your ex-girlfriend’s fiancé. Toby doesn’t mean to bring Casey into the chaos of his life, but he can't resist the girl who makes him smile when he thought no one else ever could.

Jared's in New York checking out a security risk for his best friend, the king. He plans to return to New Orleans quickly, but not if it means losing his chance with the brunette who pretends she wants nothing to do with him.

In over her head with a bunch of winged creatures who most definitely are not angels, Casey has to figure out who to trust with her life and maybe her heart.

Love triangles are like eggnog. People usually love them or hate them. I say usually, because I fit somewhere in the middle.  For me, it all depends on the execution. A well written love triangle can make for a fantastic read.

Love triangles are real. In life it isn’t always a case of two people who fall in love. Even in the ideal situation, there are usually at least a few people watching from the wings that wish they were the one involved with the guy or girl.

In fiction, love triangles are fun. They allow a character to explore what they are really looking for in a partner and to experience different sorts of love. They can also be painful, gut wrenchingly so. But then again, what romance doesn’t contain some pain? The Crescent Chronicles didn’t contain a true love triangle (although Allie had her share of admirers) it was always clearly about her relationship with Levi. I’m sure some of my readers would agree that I still put them through some emotional turmoil with that story. Soar does contain a love triangle, and it’s integral to the plot. I’m hopeful  that no matter what side of the love triangle debate you fall, you’ll enjoy reading Casey’s story. It’s a fun one. 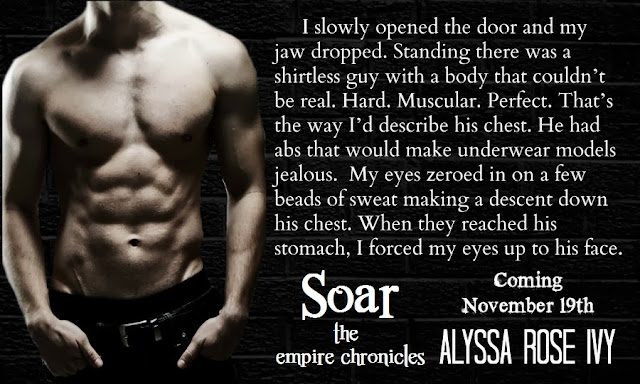 I instantly fell in love with the cover for this book when I saw it, and I didn't even read the synopsis before I dived at the chance to read it. I'm pleased to report that this story was as amazing as the cover.

This book had everything I love about paranormal romances, but with a unique set of characters that kept the story alive from start to finish. It was great to read about a different type of para-being from the norm. I don't think I've ever read a story with sexy bird men before but this one definitely made our feathered friends a whole lot more appealing. I loved how the Pteron species was further divided into the different bird species, making them alike but with their own unique qualities.

I thought this was going to be another "human girl finds herself in a para love triangle" (which I love, don't get me wrong) but I was pleasantly surprised by the twist thrown in at the end, and I'm dying to see what is going to happen with that little revelation.

I LOVED Jared. Toby not so much. I really tried to like him because I wanted him to find his happy ever after, but he just didn't do it for me. Jared was fun and exciting, and I love a guy who knows how to flirt and knows what he wants. At times Toby was a little awkward, whereas Jared was all smoldering bad boy. I do have to say, though, that I found Casey's sudden change of heart a little confusing. She was all for Toby and probably would have still been, even after her encounter with Jared in the prison cell, if Nelly hadn't opened her mouth. Which makes me wonder, why did Nelly stick her nose in their business?? Hmm, there's definitely a story there.

Another thing I was a little confused about was the constant mention about Toby's relationship, or lack thereof, with Allie, and events that happened in the past. I started to get the feeling that I was missing something, like maybe there was a prequel to this story that I hadn't read or something. I then found out that Allie's story is a kind of companion series to The Empire Chronicles called, The Crescent Chronicles. Not that it threw me off completely, because it really made no difference to the Soar plotline, but I was highly intrigued by what had happened in the past, so I'm adding all three books in The Crescent Chronicles to my TBR list so I can catch up on some back story.

This book was fresh and unique. It was fun, filled with romance, adventure and action. PNR fans will have a blast with this book and I cannot wait for more in this series. 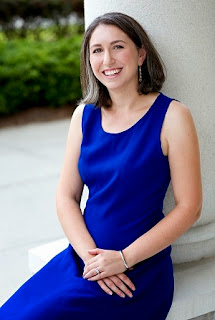 November 20th
Made For You Book Reviews-Review Only
What’s Beyond Forks?-Playlist& Review
Living In A Bookworld-Review Only