Hello, Therians!
STAYING ON TOP, is the 4th book in Lyla Payne's Adult Contemporary Romance series, The Whitman University Series, and is set to be released December 9th, 2013.
Today I have the lovely cover to show y'all!! 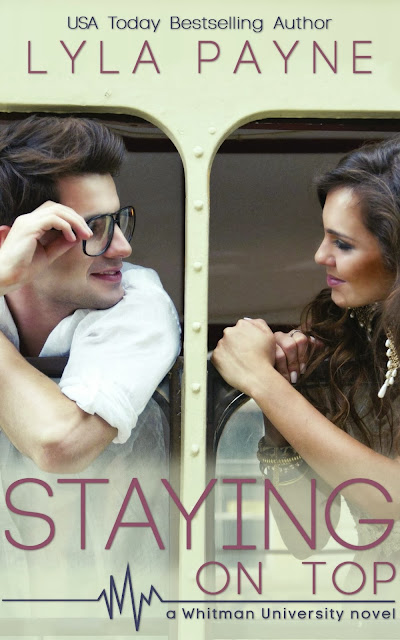 Sam Bradford has it all—he’s the #2 tennis player in the world, plenty of girls want to date him, and he’ll never want for money. At least, that’s what he thought until his accountant stole everything and disappeared. Interpol has no idea where to start, and neither does the American F.B.I., so Sam figures he’ll just have to take care of his body and play a few extra years to make it back.
When Blair Paddington, the accountant’s daughter and a friend of a friend at Whitman, shows up and claims she can help Sam get his money back he’s torn between wanting justice and the very real possibility that Blair is just as big a con man as her father. When she promises not only money, but justice, Sam agrees—but only if he can go along on the search.
The two of them set off on an adventure neither rich kid is prepared for—cheap hostels, the same clothes three days in a row, and nothing but a backpack of possessions—so they can fly under the radar as college lovers on a winter break. In spite of Blair’s shady family, her daring and resourceful personality strike Sam’s interest and he finds himself falling for the one girl he shouldn’t.
When they finally find her father, the truths that come to light not only make Sam question his affection for Blair, but could cost him more than money—if they can’t work together one last time, neither of them may be going home. Ever. 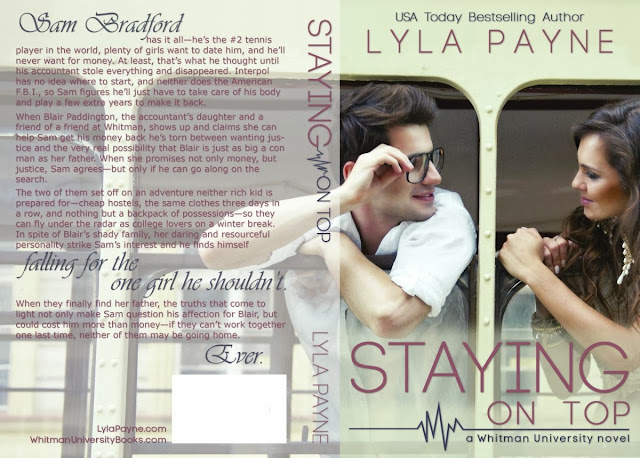 I’ve long had a love of stories. A few years ago decided to put them down on the page, and even though I have a degree in film and television, novels were the creative outlet where I found a home. I’ve published Young Adult under a different name, but when I got the idea for Broken at Love (my first New Adult title), I couldn’t wait to try something new – and I’m hooked. In my spare time I watch a ton of tennis (no surprise, there), play a ton of tennis, and dedicate a good portion of brain power to dreaming up the next fictitious bad boy we’d all love to meet in real life.